When they shell your home 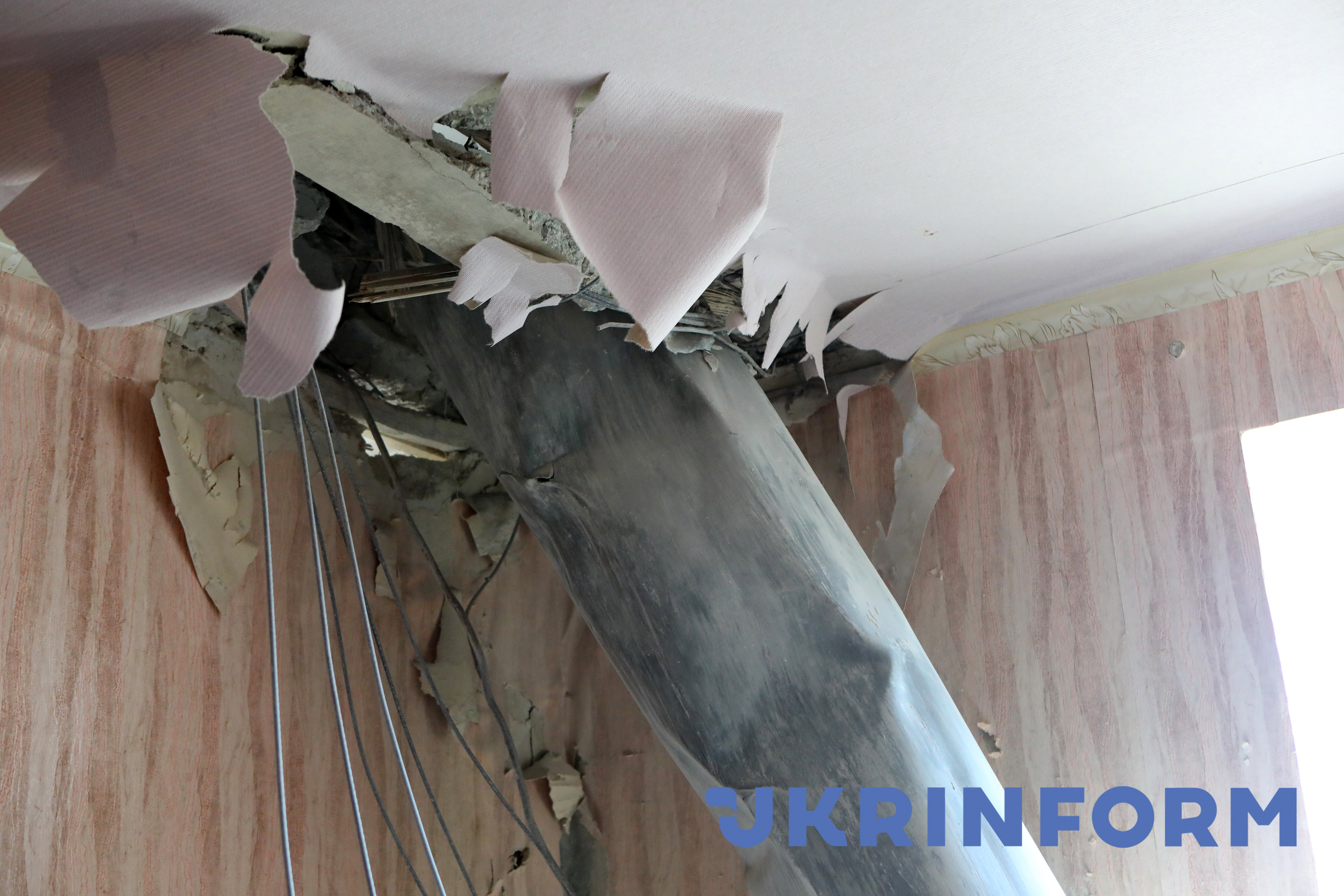 When they shell your home

Kharkiv | The building in Piatykhatky is one of the first to suffer from the Russian invasion of Ukraine. “Fortunately, the rocket did not explode, otherwise we would not be standing here,” says 40-year-old Yuri.

Moments after 5 in the morning, there was a barrage. Mykhailo, 25, instinctively jumped up from the futon. He wanted to run out into the hallway, but there was a boom when he got to the door and he felt little pieces of debris hitting his back and legs. He thought that something had exploded in the street and the shockwave had smashed the window. His room was enveloped in thick steam from a broken radiator and mixing with dust. When it settled, Mykhailo could not understand why the whole room, including the couch he was lying on, was wrecked, but the window was whole. It took him a moment to notice a tube protruding from ceiling to floor.

“Fortunately, the rocket did not explode, otherwise we would not be here,” says Yuri, a 40-year-old computer scientist, Mykhailo’s neighbor.

He leapt out of bed as a crash jolted him awake. Mykhailo lives with his mother, who was terrified when she heard a bang through the wall on the seventh floor of an eight-story building. It is located in Piatykhatky in the northern district of Kharkiv, a city of one and a half million residents. The rocket, most likely from an Uragan missile artillery system, broke through the roof and got stuck on Mykhailo’s floor. The rocket injured the leg of a serviceman who had been renting the apartment above that of Mykhailo. The stairwell was stained with bloody footprints, and a bandage with red stains was discarded near the elevator. The serviceman was quickly given aid and taken to hospital.

Mykhailo does not want to leave his neighborhood.

“Thank God Grandma lives next door, we’ll go stay with her,” he says. “We’re all right, and we’ll come up with something as to the apartment.”

The building in Piatykhatky became one of the first to suffer the effects of the Russian invasion launched on February 24, a continuation of an eight-year war. Over 13,000 have been killed thus far.