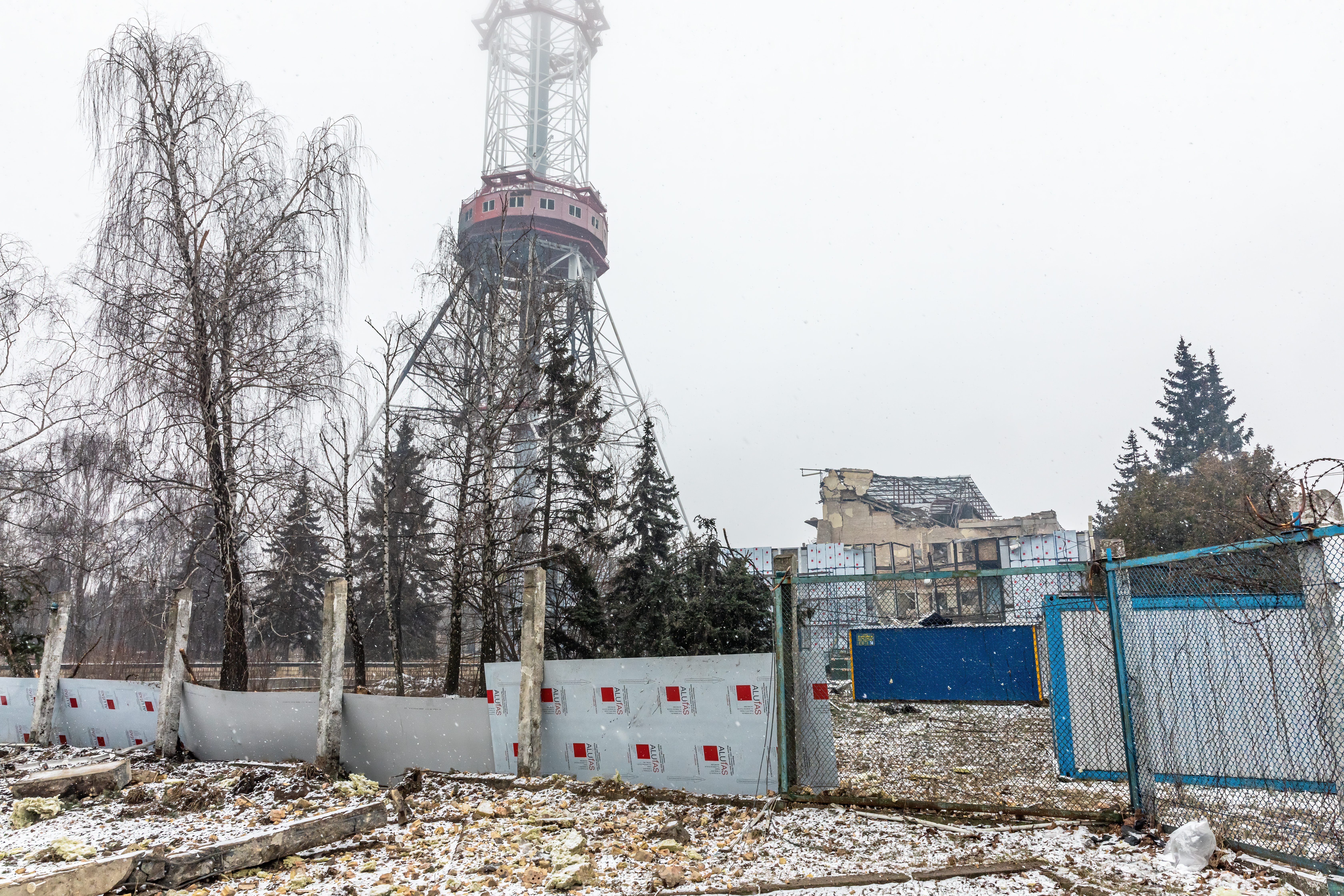 Overhead we heard the reverberation of a guided rocket engine and whistling. A minute later it hit a TV tower a few kilometers away from my location. | CORRESPONDENCE BY PAWEŁ PIENIĄŻK FROM KYIV

The driver parks the car. I get out with two journalists to talk to volunteers in the ranks of the territorial defense. A checkpoint was set up on Lesya Kurbasa. Dressed in civilian clothes, with only yellow bands signifying that they belong to the Ukrainian forces, the soldiers stood hidden behind sandbags and concrete barriers. We had walked a bit away from the car when the sound of a rocket engine and a whistle reverberated over our heads. You could see it with the naked eye because it was already approaching its target. A minute later it hit a TV tower a few kilometers away from my location. At least five people were killed and five injured. There were wrecked buildings, charred bodies and scattered rubble at the site.

The unarmed volunteers can’t do anything about the missiles, yet none of them are scared nor do they pay particular attention to them. It was as if the war had been going on for six months, not six days, and the volunteers were intimately familiar with the nature of conflict. Forty-six-year-old Roman was installing electric gates a few days ago. Due to his former military experience and charismatic personality, he was the commander of this post. Volunteers looked into passing cars and if they saw something suspicious, they searched the people inside. They’re all local and some grew up here.

“We’re defending our neighborhood,” says Roman. “Our families are at home and I would prefer them to be evacuated but we do this to keep them safe.”

I ask Roman what they’re supposed to do about the rockets flying overhead.

“They will arm us when the time comes and it will be like our hands, head and soul,” he replies.

As he completes the sentence there again is the sound of a jet engine and whistle. The rocket flies over us. Roman doesn’t even look up.

“There is nothing to be afraid of. If it fell on us, we wouldn’t hear anything anyway,” he says in a monotonous voice that does not betray even an ounce of emotion.

He believes that to die for his homeland is an honor. He is ready to sacrifice his life for its future. He adds that sometimes society has to face a trial to together make the country better. His sentence is interrupted by the exploding rocket, but he calmly continues.