Kyiv: a rocket falls near the train station 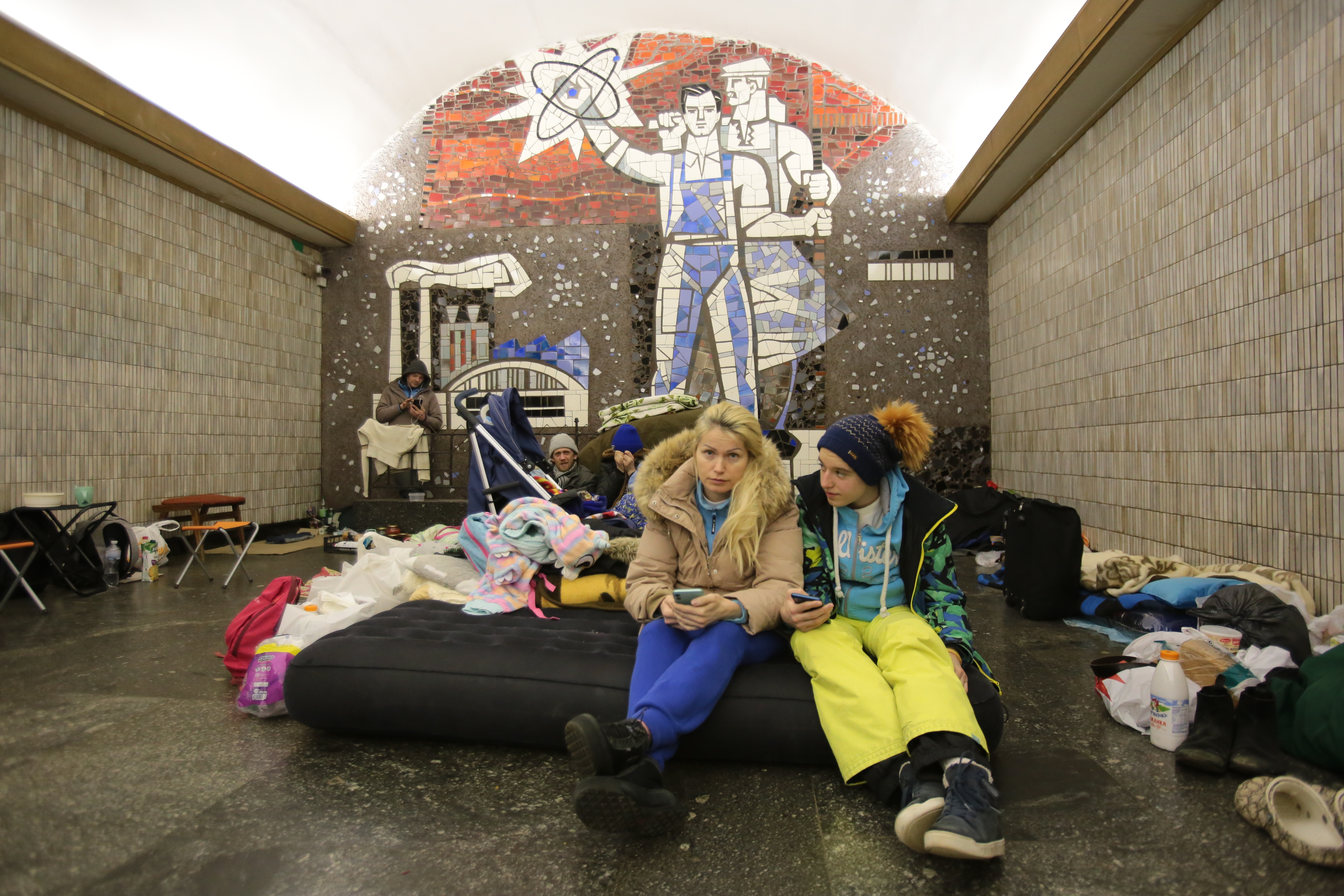 Kyiv: a rocket falls near the train station

DISPATCH FROM UKRAINE | The trains are still running, there has been no information about casualties. Kateryna, Nina and Nora are safe on the train to Lviv. From there they will go to Warsaw.

Since the beginning of the Russian invasion the railway station in Kyiv has been exceptionally crowded. There are families with children, couples, and friends, many with pets. Everyone impatiently awaits the approaching trains. Crowds of people go to Lviv to seek shelter from the war’s increasing tempo. Not everyone wants to stay in the west of Ukraine. They decide to go further—to Poland and other countries in the European Union. Since February 24 over 800,000 people have left the country.

There are three friends seated on the floor: Kateryna, Nina, and Nora. Two of the girls are 21 years old and the third is four years older. They’re playing Uno. They smile and joke. They are killing time while waiting for the train to Lviv. From there they will go stay with a friend in Warsaw.

“We want to return as soon as it’s all over,” says Kateryna.

Her stepfather is serving in the ranks of the territorial defense and her mother traveled to Russia to visit her sick parents. Because of the invasion she’s stuck in a country that she doesn’t want to be in. She is trying to return to Ukraine or go farther away, but due to increasingly limited options for departure, Kateryna’s mother has a difficult task.

“I would never have thought that something like this could happen in our country,” admits Nora.

They are still in shock and lack words to describe what has happened. After our conversation, they go back to playing cards.

Andrij, 19, and Ilja, 21, stand near the entrance to one of the platforms. They ensure that they are not running away but rather going to a safer place, to a friend in the oblast of Zhytomyr.

“We want to be safe. Something might fall from the sky now while you sit at home,” says Andrij.

Unfortunately, the train to Zhytomyr rarely runs. They’ve been canceled in recent days. Andrij says he will return to Kyiv when the territorial defense gets more weapons or when Kyiv is directly threatened by an attack from the Russians.

“Nobody expected that our lives would be turned upside down,” says the 19-year-old.

Late in the evening when Kateryna, Nina and Nora were already on the train to Lviv, a rocket struck right next to the station. It was probably flying towards the Ministry of Defense, but was shot down by Ukrainian anti-aircraft defenses. The debris fell a few kilometers away. There was no information about casualties.

The trains continue to run. Inhabitants of the cities that are under fire can still hope to get to a safe place.