“It’s hard to shake off negative thoughts.” Kyiv lives under threat from rockets 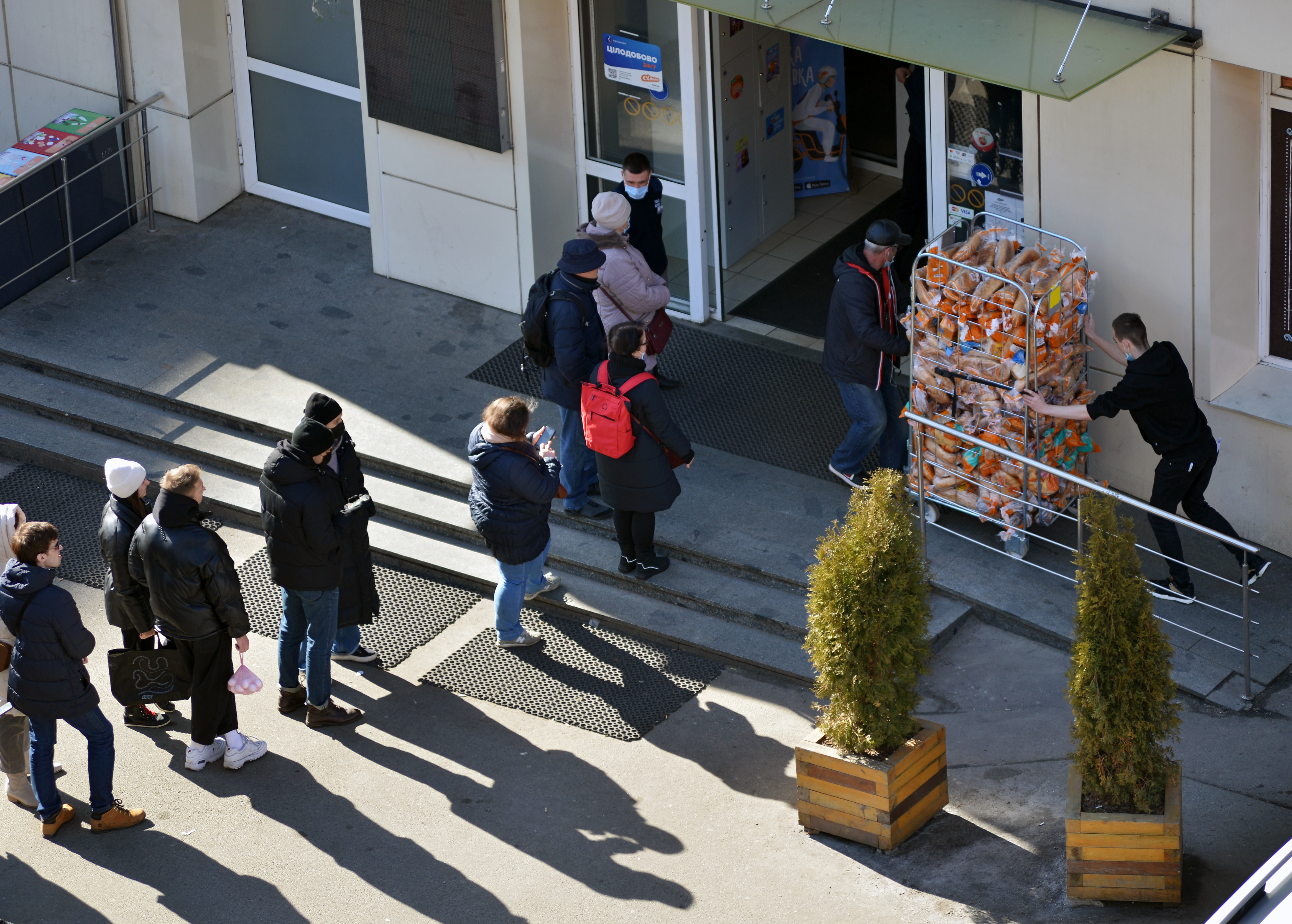 “It’s hard to shake off negative thoughts.” Kyiv lives under threat from rockets

After a day and a half of lockdown, the city’s inhabitants replenish their supplies. No one knows if stores will open tomorrow | CORRESPONDENCE FROM KYIV

Due to an extended curfew, the people of Kyiv had to spend one and a half days at home. The three-million-strong city of Kyiv seemed completely deserted. During the curfew the territorial defense set up checkpoints at many places around the capital. Buses, trucks and concrete barriers line the roads. Only soldiers could be found on the streets of the city.

After a relatively quiet night and the end of the curfew, more inhabitants appeared in the streets—both pedestrians and motorists. Queues popped up in front of the few open pharmacies and shops.

In front of the apartment building hit by a rocket two days earlier there too was a 200-meter long line of people. Although most of the debris had been cleaned, some still remained on the street. The supermarket outside which Mykola was waiting for bread when the shock wave flung him into the store was open again. Every now and then someone came out of the store, weighed down by shopping bags. After a day and a half in confinement, many residents have learned that without supplies it would be difficult to get by.

Fifty-year-old Halyna slowly approaches the entrance doors. She was in her flat on the twenty-sixth floor at the time of the attack. After a night in the basement she had just left to use the bathroom that morning.

“It was awful when it hit. I even fell to the floor,” she recalls.

She saw the debris falling onto the gym below. She has not entered her apartment since, and will not do so until the end of the full-scale Russian invasion that has been taking place since February 24. After all, if the rocket had a slightly different trajectory, it would have hit her building.

Halyna had been standing in line at the supermarket for two and a half hours. She claims that the queue I see is now not too long. Other stores opened, so people went to them too. She wanted to replenish, among other things, her water supplies, tea, and instant soup. And whatever she recognizes as useful along the way. Better to buy more because no one knows if the store will open tomorrow.

“I’ve already waited in line this long, so I can wait a little longer,” says Halyna.

Every now and then someone in the creeping queue looked anxiously at the gaping hole in the apartment building. It’s hard to shake off negative thoughts when you’re convinced that lightning really doesn’t hit the same spot twice.