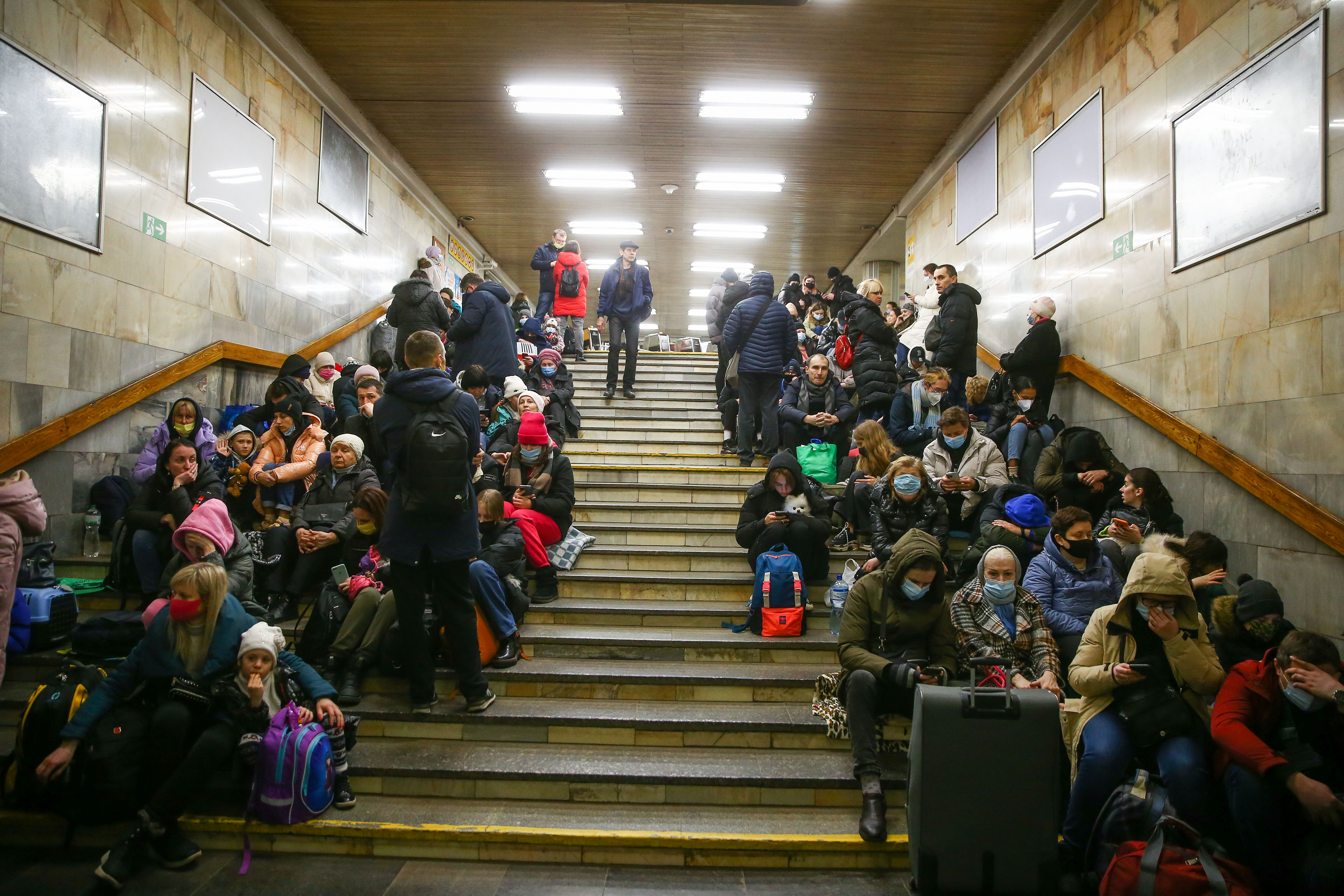 Mykola, 69, was finishing the night shift. He is a security guard in one of the buildings. He was walking from work just before eight when he saw that two people had lined up in front of the supermarket. He went over to get in line because he had no bread at home. In Kyiv, with a population of 3 million, it is increasingly difficult to obtain bread as most rations are sent to the army. Moreover, since Russia started a full-scale war on February 24, most stores have been closed. Residents of Kyiv look for those that are open in order to replenish their gradually depleting domestic supplies. Mykola did not want to miss the opportunity.

The security guard at the supermarket said they opened at nine. Mykola preferred to wait because he didn’t know whether he would find bread elsewhere. He and the two women had already lined up. Behind them was a twenty-story apartment building. Two policemen who also wanted to do some shopping had arrived at the store. Something made an awful boom. The shockwave threw all five into the supermarket. It began to rain glass. A rocket had hit the apartment building. In a video circulating on the internet, you can see how it hits the apartments at high speed. Black smoke rose. The rocket had breached four floors. A section of the building collapsed and fell into the adjoining gym. It looked as if someone had taken a bite out of it. It’s a miracle that no one was killed. At least two people were injured. Most of the building’s inhabitants had left or had taken cover.

Mykola saw that one of the women was white in the face. He got up, dusted himself off, and made sure he was okay. Not a scratch. The five waiting for the store to open were lucky to be standing under a roof.

“If the rocket had hit lower, that would probably be it for us,” says Mykoła. “You don’t feel fear anymore after something like that. Since I survived, it means that my time has not come.”

He continued standing in line to get bread. He didn’t want to go home empty-handed. The security guard, however, finally told those waiting that there wouldn’t be any bread after all. Mykola then went to another supermarket, hoping that he would be able to get fresh bread there.