I didn’t think that this would reach us. Correspondence from Donbas 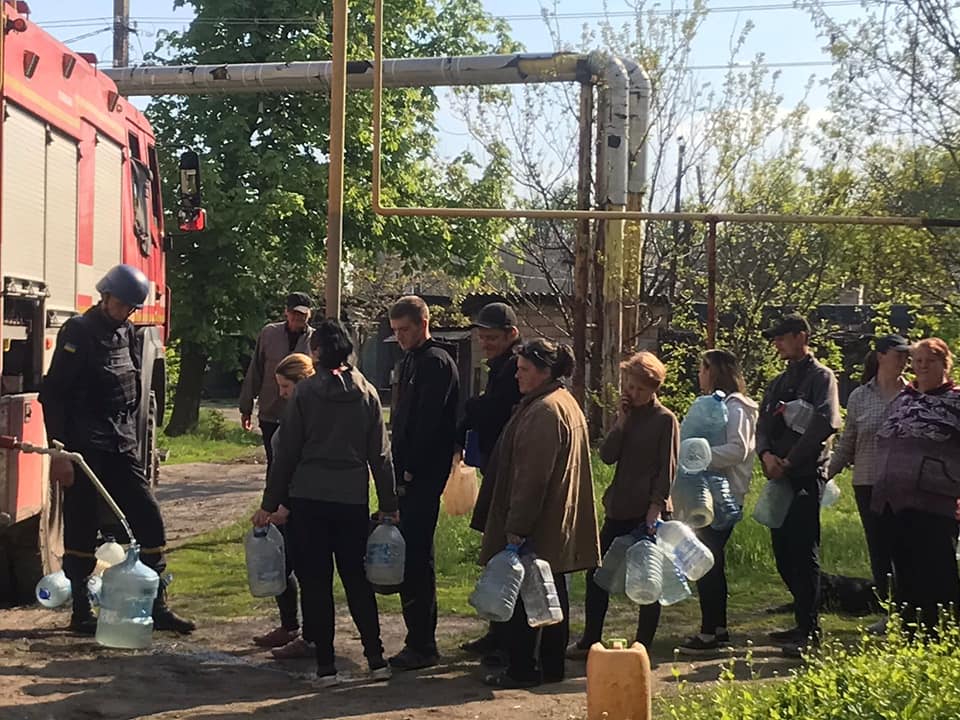 I didn’t think that this would reach us. Correspondence from Donbas

The Russians are shelling Kramatorsk. During one of the nighttime attacks, 25 civilians were injured.

It was after three o’clock when two loud explosions rang out. Viktoria, 54, went outside to smoke. She quickly finished her cigarette because it was chilly out and went back to bed, covering herself with a duvet. A moment passed. There was a flash, a boom, and dirt, glass and rubble pelted down on her. Viktoria did not move from her bed. She only screamed to her 24-year-old daughter Karina and their old Pekingese dog to see if they were okay. They were silent. Viktoria was terrified. Her husband’s head was wounded. Her legs were cut, likely by glass that had been flying at high speed. Karina was in worse condition. Her whole hand was bloody, and splinters had sliced up her shoulders as well. The dog was terrified but intact. Victoria’s family was quickly taken away by ambulances, dressed in an emergency room, and returned home to take care of what was left of their apartment.

It was only when the light of day flooded the yard that the extent of the destruction became visible. In the yard there was a giant crater left by a rocket, one of several that fell on Kramatorsk that day, where 200,000 people lived until February 24. Twenty-five civilians were injured.

The shock wave broke the window panes on both sides of Victoria’s building, tore out the doors and window frames, removed the inner walls, turned apartments upside-down as if a hurricane had passed through them. Even the load-bearing wall had cracked.

“We’re not in the military! There is no target here. Next to our building, there was only a heating substation and a broken boiler room. Why are we being hit?!” Viktoria asks.

In the morning she is still angry, shaking and scared.

“I’m not doing well! I have no home! I have a wounded daughter. My husband too!” she screams.

As she says these words, the piercing sound of an alarm siren is heard. She curses officials for not doing anything and not telling them what’s next. She sits on a bench by her home. Her friend holds the scared Pekingese dog in her arms.

“I grew up here, gave birth to children, furnished apartments from scratch, put a lot of money into them. Now all I have left is this,” Viktoria points to her clothes.

She is wearing slippers, a bathrobe and a jacket thrown over it. She goes to get Karina. The girl doesn’t quite know what’s going on as her mother slowly takes off her denim jacket and shows me the wounds her daughter has sustained. Her hand is completely bandaged up and her shirt is covered in blood. Fine wounds are visible on her shoulders.

Residents clear their apartments, try to dig out personal belongings.

For several weeks now, the regional authorities have been calling on the people of Donbas to travel deep into Ukraine. It is these territories that are the main target of the Russian offensive. Fierce battles take place near cities such as Severodonetsk, Lysychansk, Popasna and Lyman. Although Kramatorsk is still over 30 km from the front, it is within range of Russian rockets. The most serious incident took place on April 8, when the train station was bombed. At that time 59 civilians were killed, including seven children. Over 110 people were wounded.

“There were still a lot of people in our building. Nobody wanted to leave, but now I am definitely not staying. Everyone who had money left, while we waited for a miracle, but it did not occur,” admits Karina. “I never thought that something like this would reach us and in one moment I would be homeless.”