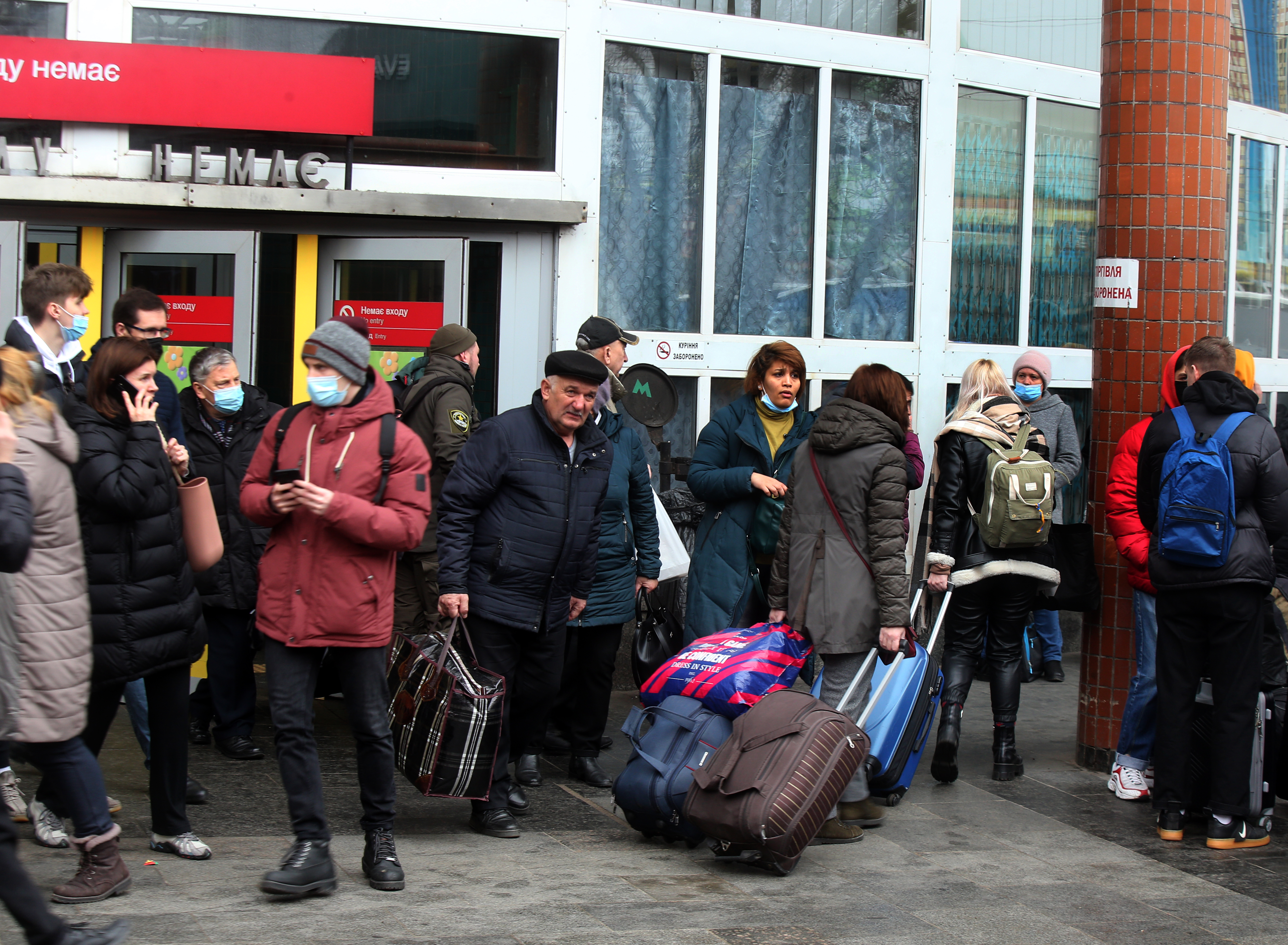 DISPATCH FROM KYIV | When I got here, a friend left me the key to his apartment. I didn’t meet my friend again after returning from the trip to Kharkiv. I hope now that this key will still be of use to him one day.

When I left Kabul last January, I forgot to leave my friend the keys to his apartment where I stayed. I only realized on my way to Warsaw. He said it wasn’t a problem; that I’ll give them back to him next time. After all, I used to visit Afghanistan every once in a while. At that time, the inhabitants of the five-million-strong Kabul lived with so-called sticky bombs, i.e. magnetically attached charges mostly placed under cars. The explosions sometimes happened several times a day and although they were not as deadly as bombings with explosives or suicide vests, they were effective in sowing fear. A spacious apartment located in the city center, with two rooms, two bathrooms and a kitchen, served as my colleague’s office. For me it was a place to sleep and work. I would occasionally have a short chat at the neighborhood store where I used to go for staple goods.

I returned to Kabul eight months later, after the Taliban had seized power in the country after a lightning-quick attack. My friend was gone. He fled Afghanistan in an evacuation organized by foreign countries. At least 130,000 people had left the country at that time. The key stayed with me. He no longer needs it because he will likely not be returning to Kabul anytime soon. The Netherlands has become his new home.

I often stay with friends when I go abroad. For several reasons: I’m glad to see them; for the cozy atmosphere; because I can make my own breakfast; and finally—it is more affordable than a hotel.

When I came to Kyiv, my friend lent me a key to his apartment. Whenever I visit this city of three million, I practically always stay with him. The apartment is beautiful. After crossing the threshold, I immediately take in  its characteristic smell, which evokes many memories in me—of parties, friends and just time spent there. To the left of the long corridor are two bedrooms and a kitchen, and to the right is a guest room. The rooms are decorated with wooden furniture and there are books and vinyl records on the shelves. Despite the potholed roads, this is probably my favorite part of Kyiv where I’ve spent a lot of time frequenting parks, squares and cafes.

On the day I planned to return to Kyiv from Kharkiv, a city of one and a half million in the northern part of the country, Russia launched a full-scale invasion. At five o’clock, I was awakened by reverberations of artillery fire. I jumped out of bed and woke up the couple with whom I was staying in Kharkiv. They had been afraid of such a development for some time. One of them wanted to buy curtains but decided to  wait until things calmed down. The situation did not calm but intensified. Missiles fell near Kharkiv. Already that day there was heavy fighting at the gateway to the city. Clashes did not cease in the following days. The couple regretted returning their tickets to Lviv the day before as the train had departed only an hour before the attack began. They quickly packed belongings into small backpacks, took the dog and we all went to Kyiv together. I still wanted to return to Kharkiv so they left me a key in case I needed to stay there. They asked only that I get the laundry out of the washing machine and empty the refrigerator because they weren’t able to do it. They went on to western Ukraine, and I returned to the apartment in Kyiv.

My friend was no longer there. He went with his partner to the neighboring oblast. He had the opportunity to pack. He took the most important things because, as much as he wants to, he does not know if he will be able to return here. I hope that he and the couple from Kharkiv still find their keys to be of use. And that I will not have to put more keys in a drawer in Warsaw,reminding me of what has been lost.