Donbas: Julia wants to fight for her home 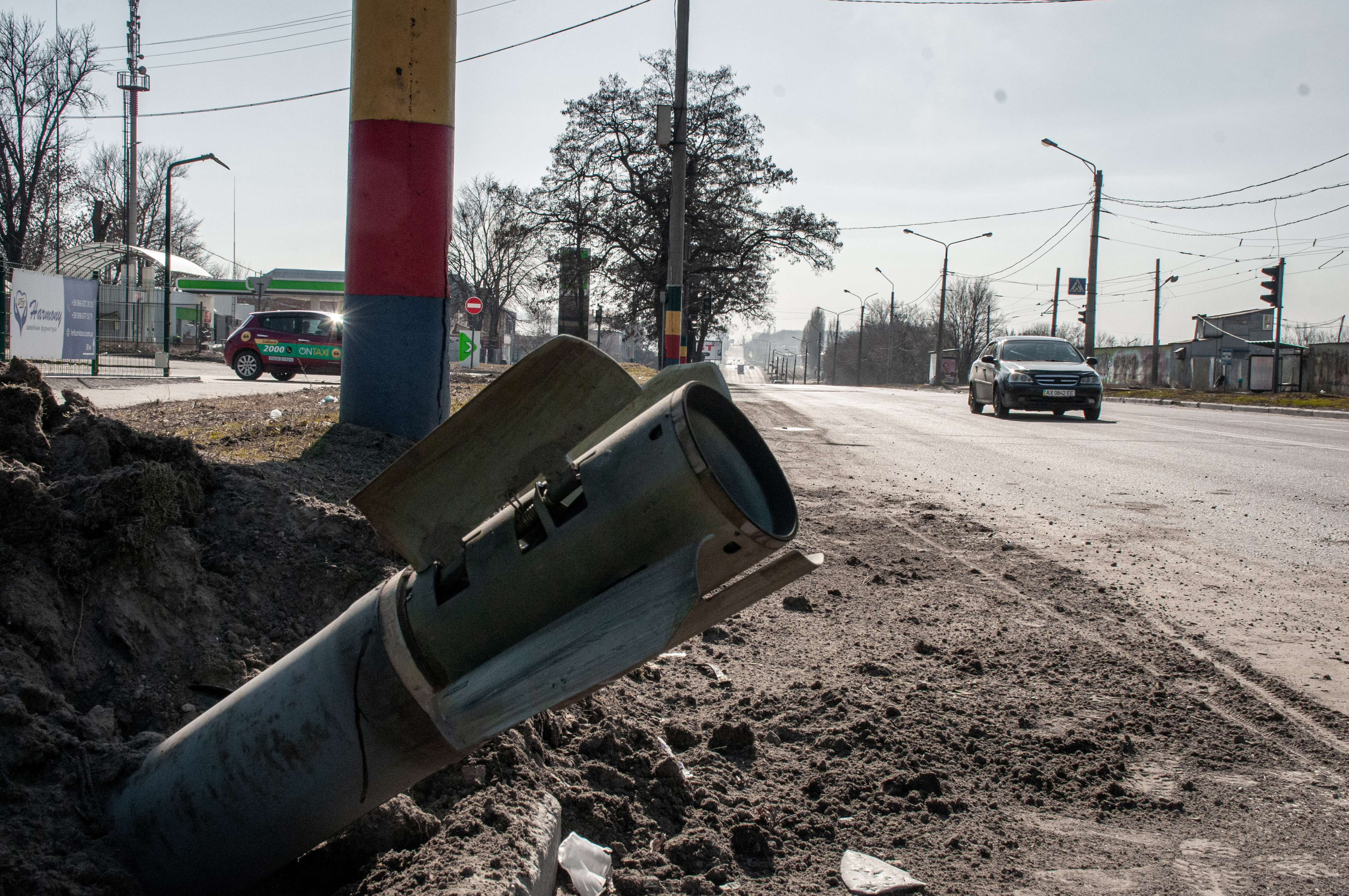 Donbas: Julia wants to fight for her home

Not everyone wants to leave the Donbas, which is threatened by war. Some residents are ready to stand up for it. Like Julia, a 34-year-old Information Technology lecturer who volunteered for the territorial defense after the attack on Kramatorsk.

It was another day of evacuations from Kramatorsk, a city of 150,000 residents, in eastern Ukraine. 34-year-old IT lecturer Julia Dovinova wanted to help somehow. All her volunteer friends left, so she decided to help at the crowded train station. People were waiting there for an evacuation train to Western Ukraine. Dovinova wanted to make for the tent standing next to the station, where those departing could warm themselves, drink water or tea, and receive food. She was right next to it when she heard an explosion, followed by more. She immediately fell to the ground. The car she was lying next to suddenly caught fire. When she got up, she saw wounded people and bodies near the tent she was heading to.

A few dozen meters away lay the body of a rocket launched from the Tochka-U system with “For the children” written on it; it was meant as revenge against Ukrainians for attacking cities controlled by Russians and separatists. 57 people were killed, including five children, and 109 were injured as a result.

Dovinova came out of it without a scratch, though she was shocked and her eyes were glazed over.

“I have to do something, because if I sit still, everything that I’ve seen will probably flash before my eyes,” she admits.

When she realized that she was safe, she started helping people get to a safer place by carrying their luggage. Among them was a woman who lost her daughter. She was covered in blood but said she could walk. Dovinova escorted her to a nearby church that was giving shelter to these terrified people.

For many days the thought of leaving had been on her mind. The oblasts of Donetsk—of which Kramatorsk is the capital—and Luhansk are the main targets of the Russian offensive. According to representatives of Ukraine and Western countries, in the coming days Russia may launch a massive attack on the Donbas. The war here has continued since April 2014. Regional authorities urge residents to immediately leave for safer parts of Ukraine. Kramatorsk has largely been deserted in the last two weeks, and almost everything in the city is closed. So far, Dovinova has not decided to leave her home. First of all, because her mom, dad, grandfather and boyfriend remain. Second, because she wants to help somehow.

“I’m not going to leave. I don’t know what will happen to me. I have a shelter in my building,” says Dovinova.

On February 24, when Russia launched a massive attack on Ukraine, she immediately called the conscription commission to enroll in the territorial defense. In the receiver she heard: “Girl, you must be crazy.” After the attack on the train station in Kramatorsk, she decided to try again. This time she did not call, but went to the draft office and applied to be admitted.