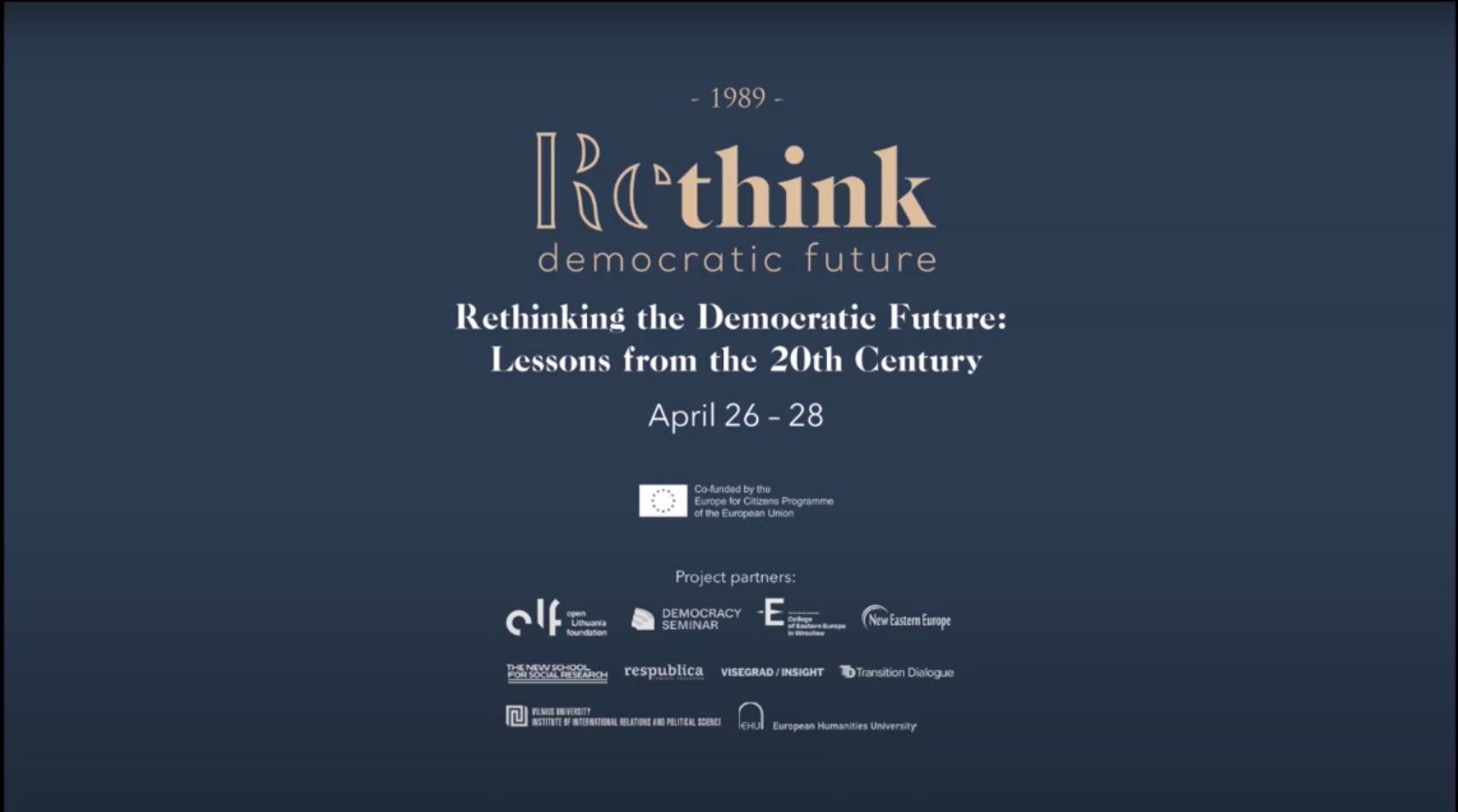 The collapse of the Soviet Union put an end to the bipolar political world. Some anticipated the “end of history” and the triumph of the liberal democratic order. Others, hoped that the collapse will put an end to appeal of 20th century ideologies and ideological politics. The history of 1989 also suggests a strong anti-ideological nature of resistance movements across the Central and Eastern Europe. Yet, we are witnessing the emergence of populist movements with democratic rule and practices facing numerous challenges from the democratically elected governments.

We invite you to the dialogue between two distinguished academics:
Jeffrey Goldfarb, the Michael E. Gellert Professor of Sociology at The New School for Social Research and
Nadia Urbinati, Kyriakos Tsakopoulos Professor of Political Theory on the place of ideology in a democracy.