ONLINE | Kurds and Democracy: in Conversation with Saleh Moslem 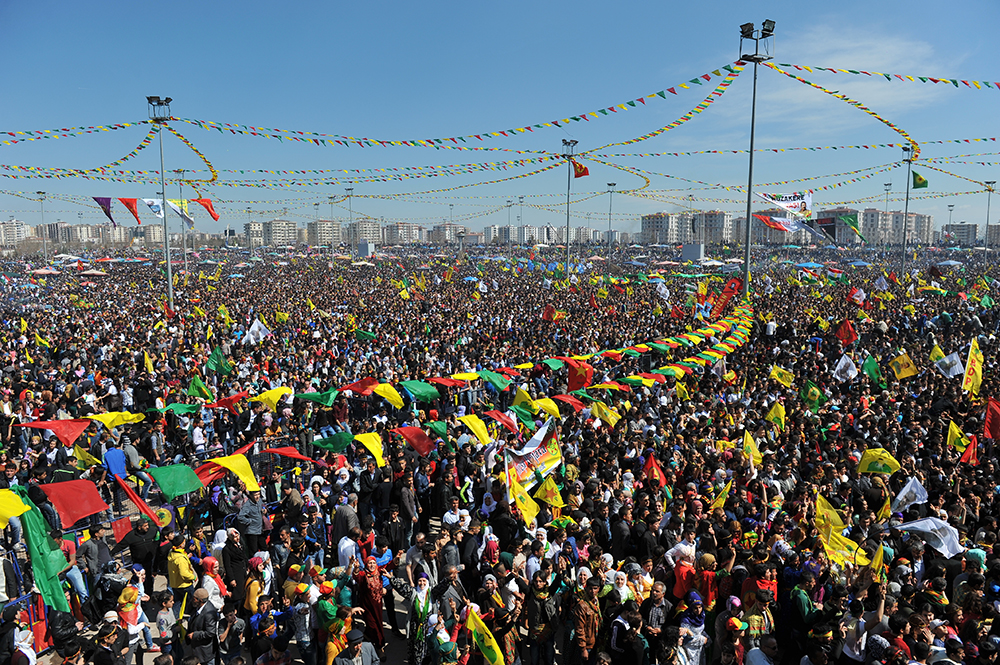 ONLINE | Kurds and Democracy: in Conversation with Saleh Moslem

If jihadism and dictatorships are the most treacherous obstacles to democratization of the Middle East, their resistance against both make the Kurdish movements one of the most important pro-democracy forces in the region. In this webinar, Saleh Moslem, Nazan Bedirhanoglu, and Utku Balaban will discuss the challenges and prospects for the Kurdish struggle for democracy within the context of Syria and Turkey. In both countries, authoritarian governments and jihadi groups destabilize the region in distinct ways. In response to the ensuing political, social and economic devastation, Kurdish movements develop alternative models of self-government and democratic opposition.

The Autonomous Administration of North and East Syria (Rojava) as a multiethnic and multireligious polity is now a shining beacon of democracy and gender equality. The Rojava experiment teaches us valuable lessons about how we should envision the democracy of the 21st century. Despite not only the systematic oppression by the authoritarian government but also its disenfranchisement by other opposition parties, the Kurdish movement in Turkey poses the strongest challenge to the political status quo. As these movements prove themselves as the most agile pro-democracy forces in their countries, the steps to be taken by the international community in its relationship with Kurdish movements will not only frame the political future of the Kurdish people, the largest nation in the world without a nation-state, but also shape the political topography of the entire region.