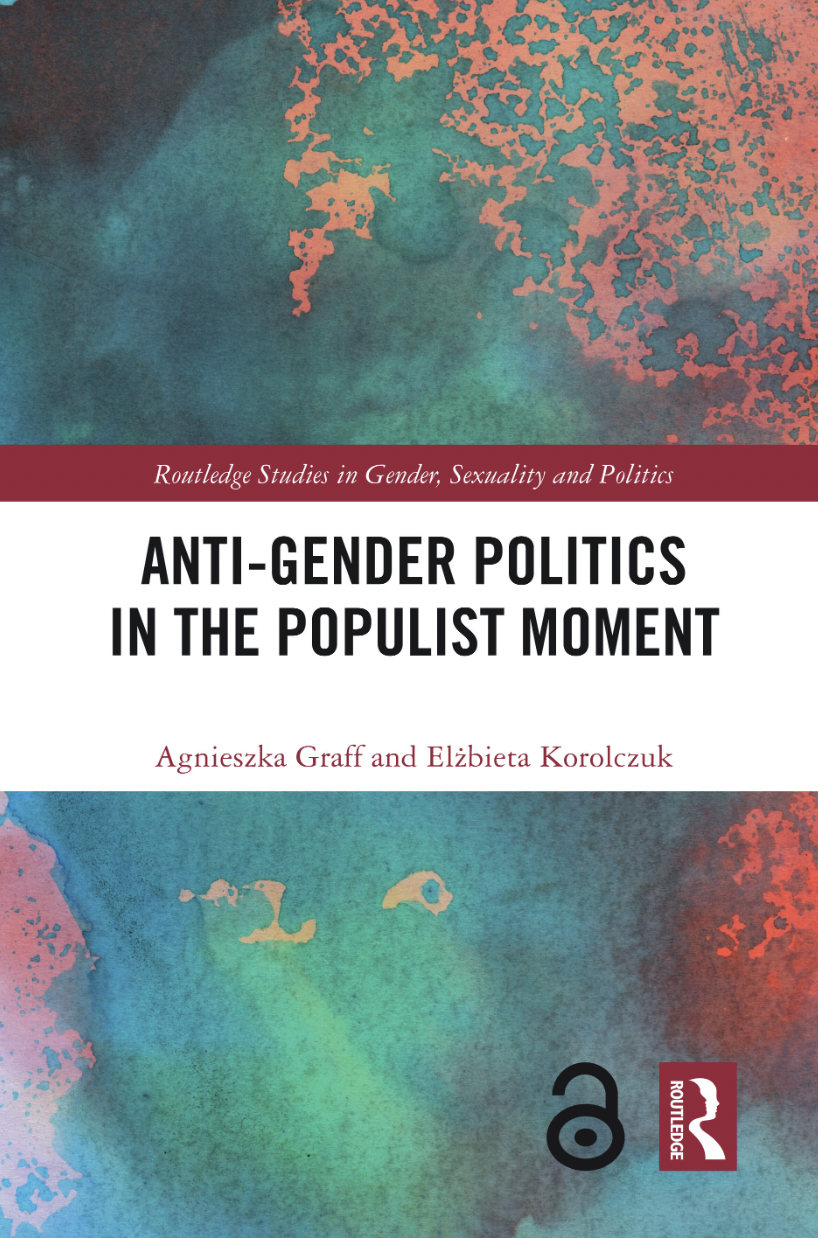 Join us for a conversation with co-authors Agnieszka Graff and Elżbieta Korolczuk about their recent book, Anti-Gender Politics in the Populist Moment (Routledge 2021).

This book charts the new phase of global struggles around gender equality and sexual democracy: the ultraconservative mobilization against “gender ideology” and feminist efforts to counteract it. It argues that anti-gender campaigns, which emerged around 2010 in Europe, are not a simple continuation of the anti-feminist backlash dating back to the 1970s, but part of a new political configuration. Opposition to “gender” has become a key element of the rise of right-wing populism, which successfully harnesses the anxiety, shame and anger caused by neoliberalism and threatens to destroy liberal democracy.

Anti-Gender Politics in the Populist Moment offers a novel conceptualization of the relationship between the ultraconservative anti-gender movement and right-wing populist parties, examining the opportunistic synergy between these actors. The authors map the anti-gender campaigns as a global movement, putting the Polish case in a comparative perspective. They show that the anti-gender rhetoric is best understood as a reactionary critique of neoliberalism as a socio-cultural formation. The book also studies the recent wave of feminist mass mobilizations, viewing the transnational revolt of women as a left populist movement.

This is an important study for those doing research in politics, cultural studies, gender and sexuality studies and sociology. It will also be useful for activists and policy makers.

The Open Access version of this book, available at www.taylorfrancis.com , has been made available under a Creative Commons Attribution-Non Commercial-No Derivatives 4.0 license.

Presented by the Transregional Center for Democratic Studies (TCDS), the Democracy Seminar, and the Sociology Department at The New School for Social Research (NSSR).