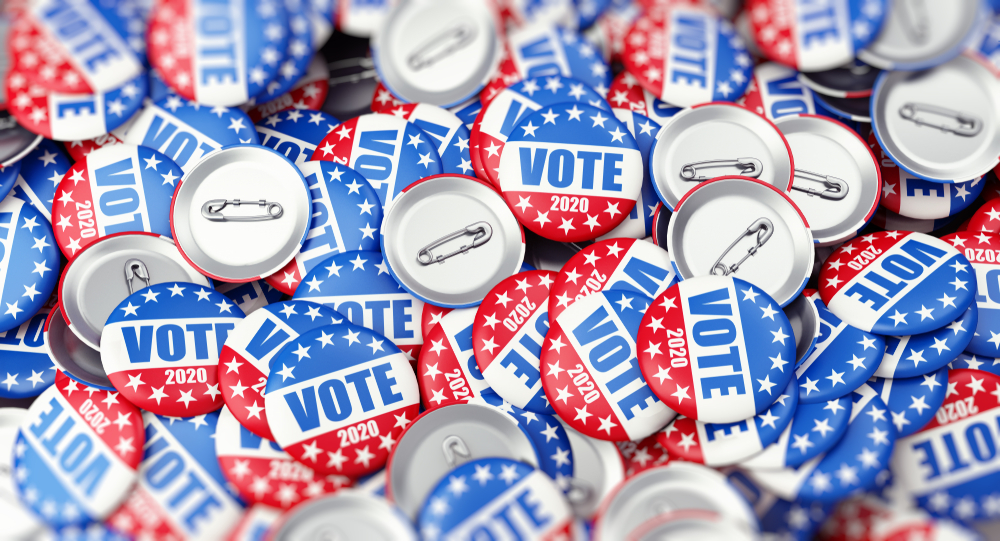 And why I would support anyone of them

Soon after Donald Trump’s election, in an essay entitled “On Trump and Trumpism,” I confessed:

“I am devastated. All of my public commitments are under attack. I thought there was progress during my lifetime. Democracy and the positive developments of democratic culture, free speech and expression, social justice and the fight against racism, sexism, class exploitation, xenophobia, and much more, all seemed to advance, even if too slowly and far from completely. Now, I am not sure whether progress will endure. It feels as if it were the 1930s all over again.”

Everything that has happened since has confirmed my worst fears. A lot of the political and social progress during my lifetime has been weakened, although there has been notable resistance and opposition to Trump and Trumpism. While democracy has been defended in the streets and elections, oligarchy has advanced, and attacks on the marginal and the stigmatized, on the poor, on democratic institutions, the press, and science, even on the National Weather Service, have developed. All this as an ecological disaster is ever more likely. That is what I had feared. but couldn’t have fully imagined. It is with a sense of profound crisis that I understand the politics of our times at home and abroad. It is with this sense that I proposed a revival of a worldwide committee of democratic correspondents, a Democracy Seminar, and it is with this sense that I interpret recent developments in American politics.

On impeachment: for me, it’s a no brainer. Donald Trump must be impeached in the House of Representatives, even though it is highly unlikely that he will be convicted in the Senate. This is a matter of deep principle, eloquently clarified by Adam Schiff in his final statement as chair of the House Intelligence Committee hearings, and then by Nancy Pelosi in her announcement of the formal impeachment inquiry of the President. Donald Trump has presented a fundamental threat to democracy in America. Even if he is not convicted, it’s imperative that the threat is clearly and forthrightly marked, both as a proper frame of immediate politics, as well as a resource for a hopeful future.

Will impeachment help the election of Trump, as the history of the Clinton impeachment suggests? Will Trump be empowered with an acquittal in the Senate? Will it energize his base, or his oppositions’ base? Can the Democrats use impeachment to weaken Trump’s support among moderate Republicans and undecided voters? Although I am as interested as the next person in knowing the answer to such questions, I think they miss the most fundamental question. Can we turn the page on Trumpism, as Americans turned the page on McCarthyism? I have long observed that the moves against McCarthyism in the 1950s, actually strengthened the support for cultural freedom in subsequent decades, at least until very recently. I hope this pattern of history will repeat itself.

Dare I say a positive dialectic? Yet, there is nothing automatic about this. If it were to come to pass, if there were to be a decisive defeat of Trumpism, it would require wise political judgment and creative action. That is how I judge the impeachment of Donald Trump, the Democratic Party’s primary contest, and the upcoming Presidential elections.

On those who would replace the President: I am not very concerned about who wins the Democratic Party’s nomination. More important, it seems to me, is how they win.

I see drawbacks in all the candidates. I don’t believe that it’s a good idea to nominate a president in their seventies. Old folks are set in their ways. (I know this as a participant-observer.) They tend to provide yesterday’s answers to today’s problems.

On the other hand, experience matters. To tackle complex problems, you need to have a fully developed skillset. I don’t like Biden, Sanders, Warren, and Buttigieg on the grounds of my ageism, to which I offer two cheers.

And beyond age, each candidate has revealed in their campaigns, in their words and deeds major deficiencies.

In Biden’s long career, including his two past shots at the presidency, he never demonstrated that he was up to the job. His career has been filled with gaffs, transgressions, and poor judgment. Plagiarism, sexism, and unprincipled compromise are parts of his record, and he now leans on an Obama nostalgia that is unbearable, even for me, an unreconstructed Obama fan.

What turns on Sanders’s supporters, turns me off: his persistent, ideological consistency. He has been a committed democratic socialist for decades. He knows what the country needs, and knows how to deliver it. Much of what he promises appeals to me: Medicare for All, a Green New Deal, debt relief, free higher education, progressive tax reform, and the like. But I am not convinced that he can develop the public support he needs, nor the support in Congress, to advance his plans into realities. Flexibility and compromise are required to get things done, and these are not his virtues. Calls for a revolution leave me flat, even though a recent, convincing report on his early career suggests that this does go beyond simple sloganeering.

I have been more hopeful about Elizabeth Warren, but I have my doubts about her plans for everything, since each of the plans (for education, healthcare, debt relief, climate change, etc.) will have to be negotiated with those who have different ideas, to her left and right. I have been impressed by the depth of her mastery and intelligence, and by her ability to connect with a broad public and make sense. Yet, I see in her the problem of the intellectual in politics, mistaking her bright ideas for political solutions to political problems.

I wish Warren and her competitors, for example, would recognize sound healthcare as a human right and compete with each other about the best political way to make it a reality. The “Medicare for All” litmus test for those on the left makes no sense for three reasons: because around the world there are quite divergent systems that realize the principle of sound healthcare as a fundamental right; because transitioning to Medicare for All would be an extremely complex project facing embedded institutionalized resistance to change; and because the program is very unpopular with broad segments of the American public, including insurance companies, doctors and hospitals, to be sure, but also labor unions and the vast majority who are insured in the present system, and are frightened to lose what they have, not confident that it will lead to something better. Warren has not faced up to this, nor has Sanders.

Yet, attacks on her and him on this have been troubling. Buttigieg, among others, has attacked Warren on Medicare for All and free public education on conservative grounds. They’re too expensive and limit our freedoms. Although on healthcare, I think his proposals and calculations make solid points, I think he doesn’t understand that the need for public investment in higher education. He is criticizing ideas proposing highly subsidized, inexpensive, or free public education, as if they were new and ultra-radical notions. Yet, I remember going to a State University in New York for my B.A., with a tuition fee of four hundred dollars a year. Buttigieg is refusing to turn back the clock, going back to the time before the radical cuts in public higher education of the last forty years.

As with Biden, Sanders, and Warren, there is much that I don’t like about Buttigieg. These days I’m thinking Cory Booker. Amy Klobuchar seems too conservative for me. Yet, of course, I would support any one of them against Trump, as should, I think, all who recognize the dangers Trump presents in the United States, and far beyond.

My hope is that the candidates conduct themselves in such a way that encourages this. Democrats, with a small “d,” of the left, right, and center, need to unite in opposition to Trumpism. In the end, I will support the Democratic Party candidate who best demonstrates an ability to play this unifying role. It is the precondition for addressing the climate crisis, the problems with healthcare and higher, as well as primary and secondary, education, and economic, gender, racial, and sexual injustice. A preliminary finding I draw from discussions among the participants of the Democracy Seminar: all over the world, the key to turning back the authoritarian tide is uniting in opposition first, in all our differences, establishing the conditions to then democratically confront our differences. In this, there is nothing exceptional about America, though I fear that most Americans don’t recognize this, including many of my close political friends and allies.

Jeffrey C. Goldfarb, the Michael E. Gellert Professor of Sociology at The New School for Social Research, is the Publisher and founder of Public Seminar.