What We Can All Learn from the Lebanese 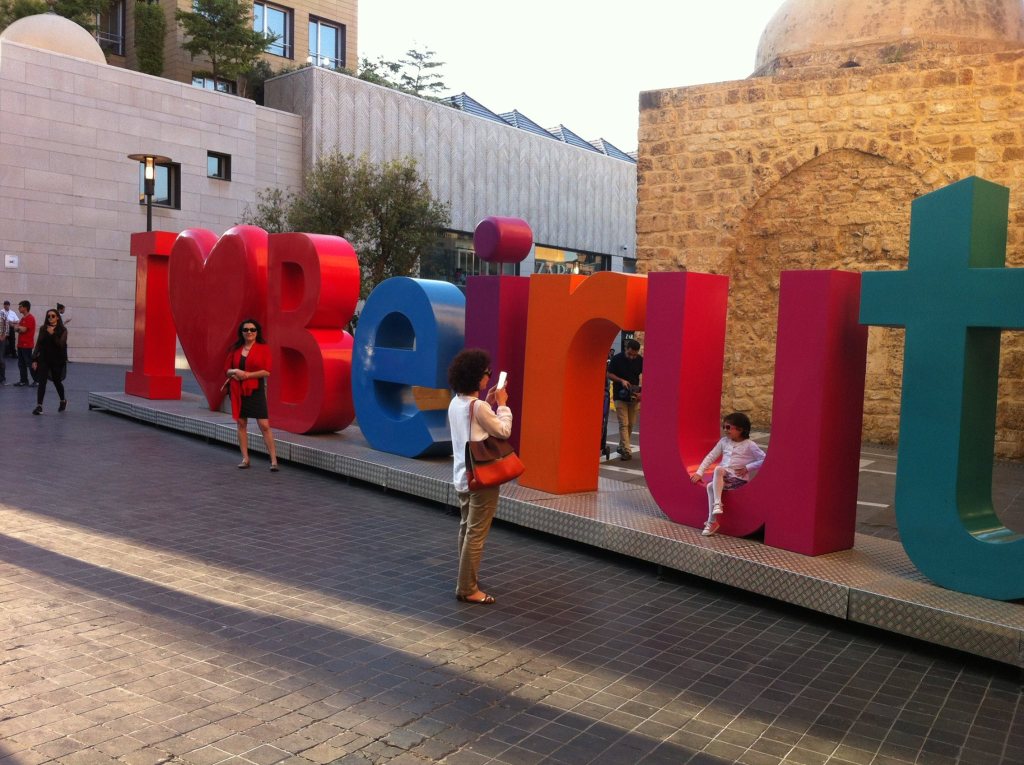 What We Can All Learn from the Lebanese

On August 4, 2020, 2,750 tons of ammonium nitrate stored at Beirut’s port blew up, destroying the city’s main commercial hub and damaging large areas of the Lebanese capital. The blast killed more than 170 people, wounded more than 6,000, left nearly 300,000 homeless, and caused damage worth $10-15 billion.

Lebanon has been crippled by long-running crises for decades. The country endured a devastating 15-year civil war and has often been caught in the crossfire of regional conflicts. In October 2019, people in at least 70 towns across Lebanon protested against government corruption, an incompetent political system, its austerity measures, and a lack of basic infrastructure–access to  drinking water and frequent electricity blackouts are part of people’s daily struggle. The protests, which were fiercely non-sectarian, paralyzed the country and led to the resignation of Prime Minister Saad Hariri. However, little has changed since his exit; blackouts have worsened, the economic crisis has deepened, and food prices have drastically risen.

According to official statistics, nearly half of the country’s population lives below the poverty line and 35% are out of work. In March of 2020, for the first time in its history, Lebanon announced that it would default on its debts. It has a national debt of $92 billion–nearly 170% of its GDP, one of the highest debt-to-GDP ratios in the world. In May, the country started negotiating with the International Monetary Fund to secure vital aid under a government approved plan to rescue the economy. But the talks have since stalled.

The Covid-19 pandemic could not have come at a worse time for Lebanon. The country was already on the brink of bankruptcy, the healthcare system was struggling for survival and the government was striving to regain the trust of its population. Since March, prices of most goods have nearly tripled, and the value of the national currency has fallen by 80%. Most people can’t afford to buy meat more than once a month. Those who still have work are living paycheck to paycheck.

In this dire context, the deadly explosion that ripped through the Beirut port was purported to be the calamity that would finally bring a struggling nation to its knees. But in the face of this catastrophe, the Lebanese people have demonstrated their dogged spirit and resilience.

The government had left the public on its own to deal with the aftermath. It had not mobilized clean-up crews in the streets and there was little to no outreach from officials, except  promises of compensation to those whose homes or businesses were damaged. Feeling abandoned by the state after the explosion, the Lebanese people stepped up to help each other:

1. They opened up their homes to survivors of the blast so that those affected didn’t have to crowd into shelters or sleep in public parks.

2. They cleaned the streets after the explosion. The blast left entire blocks in shambles, with streets covered in broken glass, twisted metal and broken brickwork. Yet within days, most streets were clean, the debris neatly sorted into piles. This was all thanks to volunteers who used social media to organize and coordinate the clean-up. In some places, they were sweeping streets and hauling away wreckage while security forces or soldiers stood nearby, watching.

3. They cleaned homes after the explosion and repaired what they could. Armed with helmets and brooms, an army of volunteers have circulated through Beirut’s heavily damaged neighborhoods, cleaning up people’s homes and doing free basic repairs, often enough to enable the residents to stay there.

This has only reinforced Lebanese people’s sense that the government is incapable of providing basic services, much less responding to a disaster.

The coronavirus had curbed the earlier protests. But with the worsening financial situation and now the deadly explosion, which was yet another illustration of government corruption and mismanagement, people took to the streets again. Amid growing public anger, and clashes between the protesters and police, the Lebanese government  resigned.

The inspiring outcome of all this has been the collective action of Lebanese people. The resilience of their social capital based on care and unity is heartening. They are offering each other a varied  list of services that include, to name only a few, car repairs, electrical maintenance , and even free cosmetic surgery for people with face injuries. On Facebook, many groups quickly sprung up with volunteers working 24/7 to identify needs, coordinate responses, and link survivors with donors of food, goods, services, or money. It is as if we are watching a grassroots national disaster management system develop along with a well-coordinated incident command system. These are relief efforts by the people, and for the people.

These individual acts of solidarity are striking when we think of the dire state that Lebanon was already in before the explosion. We know that social capital is hard to come by in places where poverty soars, because people are less likely to have the resources to be empathetic and charitable towards others when they lack access to the most basic needs and services, and when their most pressing concern is their daily subsistence. As Robert Putnam’s important work on Making Democracy Work has taught us, low economic development is usually correlated with  low social capital, which leads to a vicious cycle that continues to dampen productivity and drain social capital, further eroding the grounds for a civic community. The opposite is also true: a community with high economic development is likely to have high social capital and enter a virtuous cycle, which leads to a more productive community.

At the same time, we also know that trust in government matters for the development of social capital. To be able to set mutual goals and cooperate in achieving them, people must rely on governmental institutions to secure an environment favorable for such cooperation. So, when people are distrustful of government, they are also cynical about their own capacities to act in concert.  Instead, they prefer to attend to narrow domains of self-interest that they can control.

However, the case of Lebanon demonstrates that both theories need to be revised. High social capital can in fact exist in contexts of low economic development and public distrust of  the government and its institutions. Some argue that this seeming exception is specific to conflict-ridden areas like Lebanon. This sense of community, or communitocracy, as Imad Salamey calls it, is the self-help spirit of the Lebanese people who had to learn to depend on themselves once the central authority collapsed during the long civil war. In recent years, waves of anti-government protests have emphasized volunteerism and civic duty—boosted by social media that made connections bypassing the state easier. This new form of political mobilization is noteworthy.

I visited Lebanon on two occasions, in 2016 and in 2017, to teach and do research, and I fell in love with the country. During my visits, I conducted interviews about the transformation and development of the country after the civil war. I wanted to document perceptions of corruption and social trust, and unpack the meaning of identity and citizenship for the Lebanese people. What became clear throughout the interviews was that in 2017, Lebanon was in a “dysfunctional” social capital cycle; people had no sense of a non-sectarian national identity, and there was a decisive need for a civic ethos founded on a shared sense of identity, and a need for the spirit of citizenship and concern for the public good.

Three years later, I am in awe of and incredibly proud of the Lebanese people. Despite the crippling economic collapse and soaring poverty, despite the horrible suffering and devastation caused by the explosion, and now, despite the absence of a functional government, the Lebanese people have been able to develop the much needed civic ethos, and to discover the will to act collectively for common good. Abandoned by a failed state to deal with the aftermath of the explosion, they stepped up and have been doing everything that disaster response entails. There is a lesson here for all of us, not just for researchers of social capital. Hopefully, no one  has to suffer a tragedy like the explosion, to learn how to come together. For Americans, it is especially important at this time, when America is experiencing a deep crisis of polarization, to take a close look at the Lebanese and learn that it is from a place of care and unity, not division, that we can hope to create a more just society for everyone.

As for Lebanon’s future, we know that social capital and a developed civil society help to make good government possible, and that good government helps to sustain social capital and the conditions of civil society–it is a bottom-up and top-down concomitant process. Lebanon has the social capital, but is lacking good government, and this is what the street protests are calling for. People want an end to corruption, clientelism and a system that has persistently failed them. However, real political reform may not be possible without external incentives and pressures—for example, in the form of sustained external aid as both carrot and stick. Yet, the difficulty of such reform rests in Lebanon’s very system of sectarian power-sharing and it is compounded by the tight grip that Iran-backed Hezbollah has over the country.

We may be witnessing the beginning of the end of a system that, according to Rima Majed, has been “driven by profit and capital accumulation at the expense of everything and everyone.” “I think,” Majed continues, “we have very bleak times ahead. Another civil war is very probable; alternatively, an international agreement will be cooked to calm the situation down, but that will only reproduce a system run by criminals.”

It remains to be seen what will happen, and whether the social capital of the Lebanese people can be successful in addressing the political crisis. Let us hope that Lebanon will undergo reform, that the momentum will sustain, and that reform will consolidate over time. I have faith in the Lebanese people, and I trust they deserve a better country for themselves and for their children, regardless of sect, religion, creed or class.

The author would like to acknowledge Jeannine Mercer, Academic Program Director of the Lebanon Residency Program at Empire State College, for her contributing thoughts on the current situation in Lebanon.

Roxana Toma is Associate Professor of Social and Public Policy in the School for Graduate Studies at State University of New York, Empire State College.