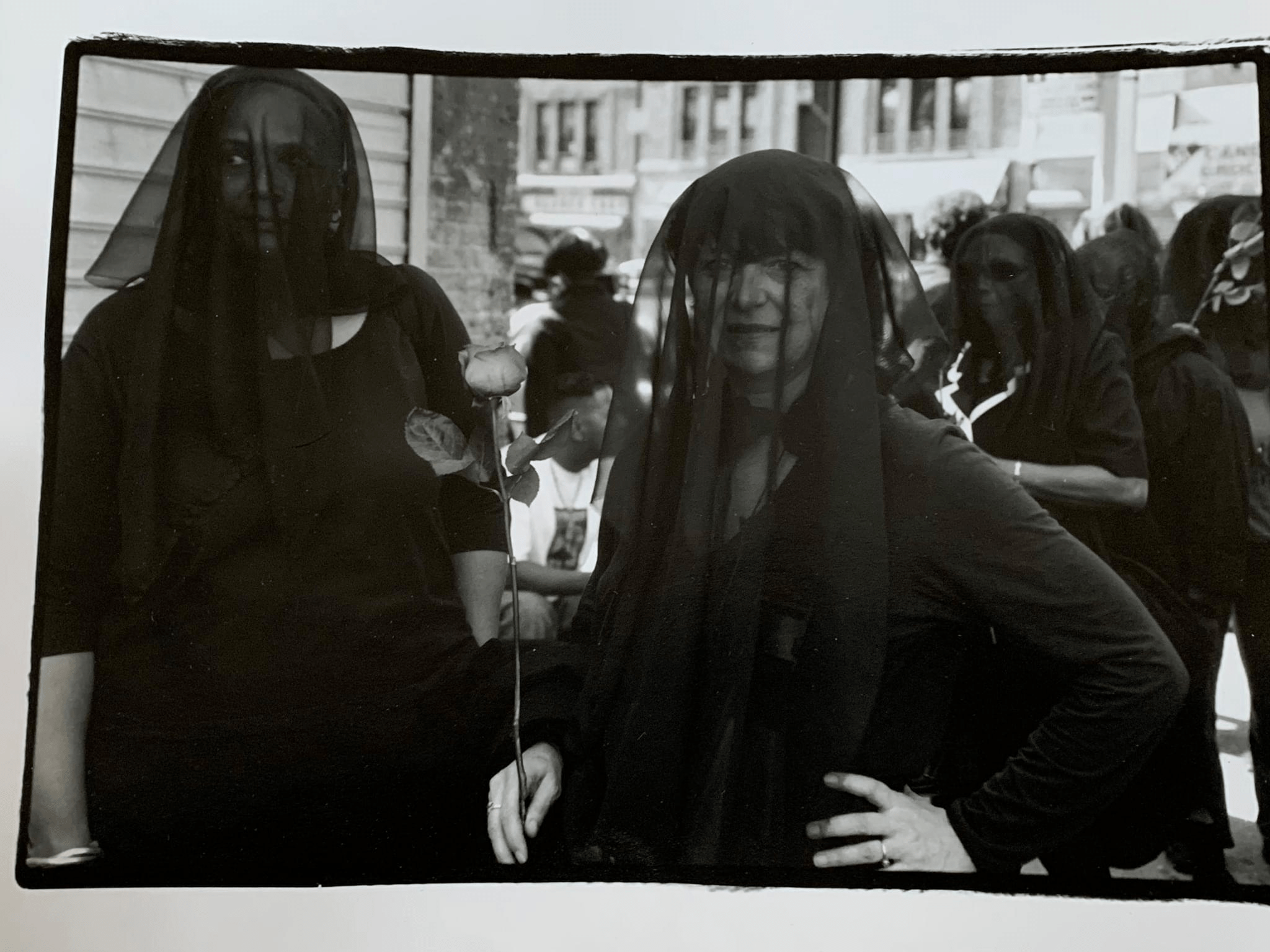 I was terribly saddened to learn that Vesna Kesic, a remarkable Yugoslav and Croatian feminist from Zagreb, writer, activist, researcher, journalist, and friend, has just died, taken from us by COVID-19. The Jacob Blaustein Institute for the Advancement of Human Rights had grasped Vesna’s presence well, tweeting: “Very sad to learn that intrepid feminist #HumanRights defender Vesna Kesic has passed away this weekend. She blazed a trail in the difficult environment of former Yugoslavia & Croatia. Rest in Power.”

We met in Vienna at the post-Beijing “Vital Voices” conference in July 1997. I was a few minutes late; so I sat down on the stairs of the auditorium near the stage. A moment later this dark-blonde woman, a bit rambunctious, squeezed herself in next to me. I noticed her acerbic reactions to some of the speakers, and remember we whispered to each other that they do not know much about this part of the world. She was resistant to the rhetoric coming from the stage. “They should go to Sarajevo,” she said sarcastically.

Indeed, a short flight south from Vienna wars were raging in what six years earlier had been Yugoslavia. And it was there that women’s bodies became a battle-field in ethnic contests, while the men in charge of “peaceful transitions to democracy” in the rest of the region decided that they too should be in charge of women’s bodies: after all, they knew best what’s best for women. Vesna and I introduced ourselves to each other, and I realized that I already knew about her and her role in developing and leading one of the most accomplished women’s NGOs in South-Eastern Europe, B.A.B.E. (Be Active, Be Emancipated). The keynote was by Hillary Clinton, and I remember that we both liked her plain statement: “We are here to advance the cause of women and to advance the cause of democracy and to make it absolutely clear that the two are inseparable. There cannot be true democracy unless women’s voices are heard. There cannot be true democracy unless women are given the opportunity to take responsibility for their own lives.”

Later, over wine, Vesna told me that B.A.B.E. was already on a firm footing and that she was considering taking a break to do research and get a graduate degree in the United States.

In early 1998 Vesna applied to our MA program in Liberal Studies at the New School for Social Research in New York, where she was awarded The Dean’s Fellowship (the highest distinction given to graduate students) and became a trusted colleague and exceptionally valuable associate and advisor of the Graduate Faculty’s Transregional Center for Democratic Studies. Some of you may remember her extraordinary workshop run – at the invitation of Ann Snitow – at the Democracy & Diversity institute in Krakow. Her MA thesis, “The Status of Rape as a War Crime in International Law: Changes Introduced After the Wars in the Former Yugoslavia and Rwanda,” was published as “Establishing Rape as a War Crime” in Transforming a Rape Culture (eds. Martha Roth et al, 2005). Vesna’s truly seminal work quickly became important reading in both Gender and Balkan studies here in the U.S. and was appreciated as a fresh example of a feminist approach to the field of international relations. I mention this as I think Vesna is known to her friends above all as a turbo-activist and fighter, but her academic work was – and will be – important for generations of critical scholars.

Finally, we, a bunch of diverse New York friends… we do think of Vesna as a New Yorker who brought her resistance from the Balkans and shared it generously with us. Just take a look at this picture taken by Stephanie Damoff: Vesna in black (on the right with a rose) at a New York event in support of the mother of Amadou Diallo – the unarmed West African immigrant who was killed in a barrage of NYPD gunfire in 1999. Vesna was with us then, and she is still with us. Rest in power, Vesna Kesic.

Elzbieta Matynia is a Professor of Sociology at The New School for Social Research and Director of the Transregional Center for Democratic Studies.