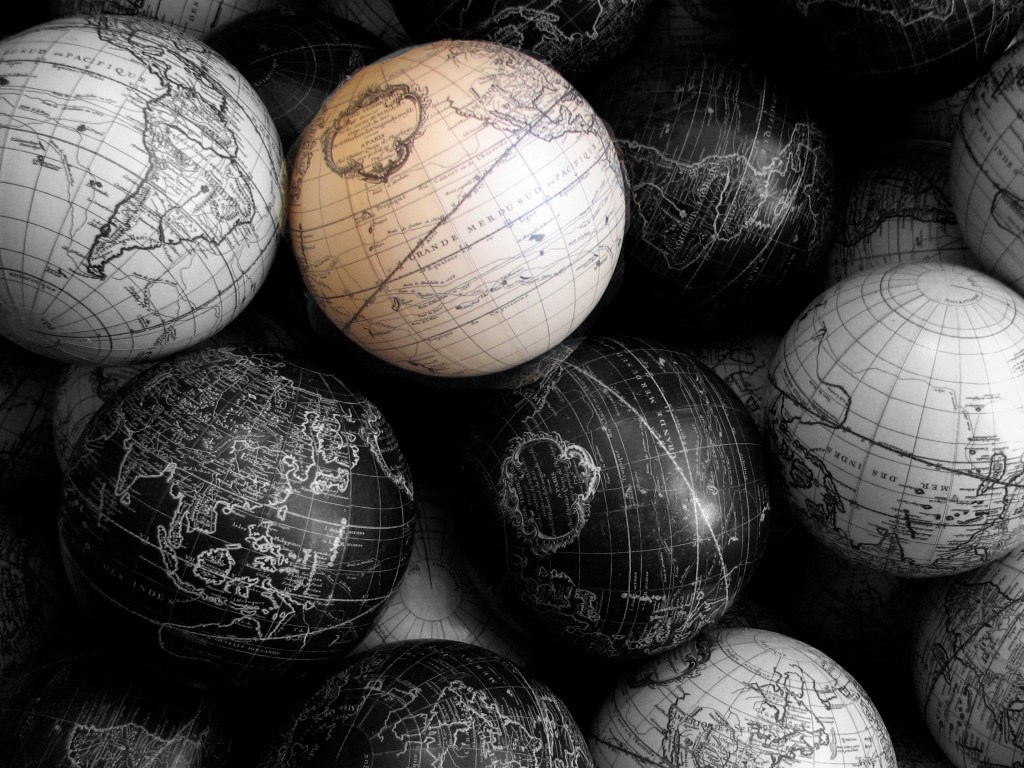 Ten notes on the political, cultural and personal blessings and burdens of mortality, inspired by the greatest lecture I have ever heard

The lecture is Hans Jonas, “The Blessings and Burdens of Mortality”.

1. I don’t want Bernie Sanders to be President of the United States, and I also don’t want Joe Biden. I abhor Donald Trump, and I am not excited about a possible President Elizabeth Warren either. They’re all too old.

2. I agree with my friend and colleague, Claire Potter, that we aging tenure professors, even the radical ones among us, should make plans for our lives beyond the academy, plans for our retirement, even when we feel young, vital and creative, and those around us confirm our feelings. I write this as I am approaching my 70th birthday, not only strenuously developing Public Seminar and Democracy Seminar 2.0, but beginning my training routine for a triathlon this spring.

According to the World Health Organization:

“Ageism is the stereotyping, prejudice, and discrimination against people on the basis of their age. Ageism is widespread and an insidious practice which has harmful effects on the health of older adults. For older people, ageism is an everyday challenge. Overlooked for employment, restricted from social services and stereotyped in the media, ageism marginalises and excludes older people in their communities.

Ageism is everywhere, yet it is the most socially “normalized” of any prejudice, and is not widely countered — like racism or sexism. These attitudes lead to the marginalisation of older people within our communities and have negative impacts on their health and well-being.”

4. Yet, discrimination on the grounds of age is not only a bad thing, I am convinced. Age matters. As an identity, it’s not the same as race, gender and sexuality, nationality and ethnicity. Although prejudice against the old, or the young, can sometimes be quite toxic, discrimination based on age is often a good thing, a necessity. There is a cycle of life, and though it is surrounded by pernicious social construction and intolerance, it has grounds in biology. I think about this informed by the late, great New School philosopher of biology, Hans Jonas.

“Youth with its fumbling and follies, its eagerness and questioning is the eternal hope of mankind. Without its constant arrival, the well spring of novelty would dry up, for those grown older have found their answers and gotten set in their ways. The ever-renewed beginning, which can only be had at the price of ever-repeated ending, is mankind’s safeguard against lapsing into boredom and routine, its chance for retaining the spontaneity of life.”

He is arguing for what he calls “the blessing of mortality.” Although it is a tough pill to swallow, we human beings, mortals, benefit from our mortality, because it makes room for creativity and change. Old folks bring the answers of the past to the present. They are slow to recognize the advantages of new ways of proceeding, often too quickly rejecting them. The conflicts of the past endure and fester. New problems are not recognized for what they are.

Further, on a more personal level, if we hang around too long, we are forced to choose between our accrued identity, and living fully in the here and now. During the course of Jonas’s reflections, he only once referred to his personal experience as an old man, concerning his taste in music. He and we are, in a certain sense, what we listened to when we were young; the music of our youth becomes for us the soundtrack of our lives. Innovations are difficult, and can’t move and inspire in the same way. If we fully embrace the new, we give up on not only the old, but on ourselves. When we cling to the old, we distance ourselves from the here and now.

6. Jonas’s reflections were critically focused on the possibility of radically extending the span of life. They should inform as well, it is clear to me, how we think about age and youth, about the responsibilities and possibilities for creativity in youth and old age. Thus my negative appraisals on Biden, Sanders, Warren and Trump, but also my very positive appraisal of the rock star of the American democratic left, “AOC,” Alexandria Ocasio-Cortez. I share Jeff Isaac’s judgment: she is “a terrific member of Congress,” and one of the most important and challenging figures in American public life, appreciated as such not only on the left, but also, ironically, on the right.

7. Old man that I am, this suggests that I should now focus upon setting stages for youthful creativity, as I try to finish the work that I have started and still have not completed. I don’t want to be cast aside prematurely. I want my work to be judged fairly. If it is judged primarily because of my age, and not because of its merits, it will be wrong, and I will protest. It will be ageism in the sense of the World Health Organization, quoted above.

Privileged as I am, protected by tenure, I don’t worry about this, but I am deeply concerned about workers in their forties, fifties and sixties, who need to work to live, and are excluded from possible employment because of their age. I am concerned further by the actions of my peers who don’t understand that it is time to look to others younger than ourselves, to do all we can to prepare them, to provide them with our knowledge and wisdom, and leave it to them to critically respond to our counsel, to accept, reject and modify our advise, as AOC is doing with incredible results. I am thinking of her intriguing relationship with Nancy Pelosi. I am thinking about the wisdom and intelligence of both of these remarkable politicians, each pushing, pulling and joining in their assigned roles, to their mutual benefit and ours.

8. I do need to think about formal retirement from the university as a tenured professor. I completely agree on this and much else, with Claire Potter. I am developing my plans, though I am not ready to yet formalize them. My general strategy is to step down as a tenured professor, and to step up as a publisher, a transformed, if not a completely changed career. I, of course, have no plans to retire from writing and teaching, in one form or another, as long as people continue to be interested in hearing from me. I hope as I was so interested in hearing from Professor Jonas.

9. I think my peers should be preparing themselves for this as well, joyfully as Claire does. There are practical concerns, finances not the least of them, but they should be negotiated to make room for the next generation to join the ranks of the tenured, as long as tenure exists, for better and for worse. I will not officially retire from the university unless I am assured that I will be properly replaced by a younger person.

10. But as I am thinking about the matters of age appropriateness, as they present themselves inevitably given the cycle of life, I am also thinking about building upon generational difference in the development of various professional and public activities. Sometimes it is important to hear the voices of the young and old, and those in between, in a representative way. Such, for example, is the case of the launching Democracy Seminar 2.0 and its world wide committee of democratic correspondents. As we proceed, it has become quite clear that there must be a generational mix in the participants. Those who have experience of a more distant past and those for whom their political experience is centered around the immediate challenges of the present moment. As we struggle against the threats of the new authoritarianism, differences of generational perspectives should be part of plans for deliberation and action.

I heard Jonas’s lecture, “The Blessings and Burdens of Mortality,” in the early 1990s. Jonas was approaching 90, retired from The New School for 15 years, or so. I vaguely remember that he sat delivering the paper, entering and exiting in a wheelchair, smoking a cigarette when he finished speaking. I vividly remember the combination of intellectual passion and the complete absence of sentiment in his delivery: a brilliant philosopher, coolly lecturing on the value of mortality when his own mortal end was just around the corner. While he didn’t mention this, he embodied both the burden and the blessing, as he passed on his wisdom to the younger generations who raptly listened.

And I listened, and it has informed how I have aged and the judgments I make of the old and the young, in my personal, professional and political life.

I will, of course, vote for Warren, Sanders or Biden (my order of preference, if it comes to that) against old man Trump. I do deeply appreciate AOC, but she is too young, revealing some wisdom of the Constitution of the United States. I look to the middle generation for leadership, informed by the wisdom of youth and the creativity of their elders.

Jeffrey C. Goldfarb, the Michael E. Gellert Professor of Sociology at The New School for Social Research, is the Publisher and founder of Public Seminar.