“Historicity, infinite perfectibility, the original link to a promise make all democracy a thing to come.”

The war in Ukraine, as well as its prelude, the 2014 Revolution of Dignity, put the project of European integration at the center. This is surprising to many. In Brussels, Eurocrats in 2014 rubbed their eyes in amazement that someone was willing to die for an association agreement with the EU; this had never happened in the past. While the events of 2014 and the ensuing war increased the EU’s interest in its eastern neighbors, they did not lead to any epistemological breakthrough, both in terms of the European project itself and the importance of Eastern Europe in that project.

The shock of Russia’s invasion of Ukraine in February may change everything. The impossible is becoming possible. The process of accession of Eastern European countries has started and will fortunately be difficult to stop. The European Union has also become a military alliance overnight. Charles Michel, the head of the European Council, coordinated the rapid supply of weapons in the first days of the conflict, and it was the Union—even before the USA—that decided on the supplies of weapons to Ukraine.

After the shock phase, however, the question that must be asked is how will this war affect the European Union, its institutions and the European understanding of democracy? In view of the fact that it is the Union that is the Ukrainians’ first point of reference, its proxy for the mythical West—this is a crisis that cannot be wasted.

The problem is that the European Union is not democratic, although it has democratic components. Its “democratic deficit” has been described by lawyers and political scientists for decades, including Vivien Schmidt, Philippe Schmitter or Joseph H.H. Weiler . Therefore, with the opening to Ukraine, the Union needs to rethink its attitude towards democracy, both in an institutional and ideological sense.

In the institutional sense, the need to rethink what ‘European democracy’ means is becoming ever more radical.

Democracy is not in the DNA of European integration, although the Union was created exclusively by democratic states. It is part of the logic of the Union to ‘constrained democracy’, as Jan Werner Mueller so aptly described it. The European Communities were a fuse for democracy—European law and the European Court of Justice, as well as the European Central Bank soon began to limit the decision-making capacity of societies, and the process of federalization of the Union was not democratically controlled. “The democratic deficit” has become a cliché repeated by academics and intellectuals alike, but despite various attempts, it has not been remedied.

To this day, the European Union has weak democratic control: European governments take decisions at a distance from their citizens, and elections to the European Parliament enjoy little interest and are often a plebiscite on the popularity of the national government. There are no genuinely pan-European political parties and no real change of power at the European level. Since the beginning of European integration, the Parliament and the European Commission have been governed consensually by the Christian Democrats, the Socialists and sometimes the Liberals. Voters do not have the option of choosing more right-wing or more left-wing policies, hence the only clear alternative that presents itself is to vote for a broad pro-European movement or a populist anti-European movement. Either one buys the system in its entirety or one rejects it in its entirety. This is not the logic of liberal democracy and deliberation.

Does such an undemocratic community have the right to teach democracy to Ukraine?

This issue has of course been raised repeatedly, both by European institutions and intellectuals. The democratic deficit was remedied by the introduction of direct elections to the European Parliament, the constant increase in its competences, the introduction of the Spitzenkandidaten system (i.e. the election of a politician nominated by the winning party as head of the European Commission). These efforts came to nothing.

The Conference on the Future of Europe, launched in 2021, has a slightly different logic. It is clearly an attempt to take a holistic view of European integration from the point of view of ‘ordinary citizens,’ who have always been quite distant from Brussels. Intuitively, I have the feeling that this convention is yet to make a difference, because the solutions that the citizens’ panels are adopting are being touted by supporters of federalization, which distorts the representativeness of these bodies. However, it looks as if one fact will make a lasting impression on the European system: such citizens’ assemblies will become part of the EU decision-making system and may, in the future, increase its legitimacy and help overcome the crisis of parliamentary democracy which, after all, affects not only Brussels but also the well-formed Member States.

Moreover, it is not only institutions that are important but also ideas. In an ideological sense, the time has come to review our assumptions about liberal democracy. Let me focus on what I believe is the most important issue.

Liberal democracy is not only for liberals

Liberal democracy is not a project only for liberals. The populists have successfully convinced us that liberal democracy is a system serving liberal elites, the opposite of real democracy. I do not need to convince the participants of this conference that this is not the case. What I would like to convince you of is the need to change the name of this political system. Liberal democracy actually misleads us all: it has a built-in suggestion that it serves primarily one ideological group. If we recognise that its essence is to ensure the peaceful transfer of power, the protection of the rights of a group of voters who have lost out, and the rule of law, then such a vision of democracy might simply be called constitutional democracy, democracy of dialogue, or perhaps even democracy without any adjective.

This is important, because it is not only traditional liberals who need to be convinced of this project, but also conservatives and people on the left—in this spirit I understand the initiatives of Jeff Isaac, William Cristol and Todd Gitlin—and also the Democracy Seminar project, the renewal of which we are celebrating at this conference. Even if we acknowledge that traditional ideological divisions are now outdated, conservative and socialist ideas will always be part of the social imaginary of the West and should have their place in a newly founded democracy.

Where is the place for Ukraine in all this? I think that the most important issue here is that democracy has been given an existential dimension. Until the war, we associated democracy mainly in material terms with better or worse redistribution and a certain model for maintaining economic growth. If our understanding was ideological, it was more to do with our social culture wars, which, although not infrequently important, distracted us from absolutely basic and fundamental issues. Ukraine has shown that it believes in democracy as a system that allows multitudes of citizens to live with dignity in a society whose internal differences can be overcome. Although Ukrainians do care about economic well-being, this is not a desire motivated by materialism, but the deepest desire to maintain political freedom, against the imperialism of their large neighbor.

The link between Ukraine’s struggle and its dream of European Union membership adds another dimension to European integration. It renews hope for democracy at the supranational level. Recent decades, Brexit and the general rise of anti-EU populism have made us all accept as a cliché the fact that building democracy at the supranational level is almost impossible. Such views were also very common in universities and in the public sphere: intellectuals like Pierre Manent, but also Tony Judt simply did not believe in such a construction. Meanwhile, Ukraine’s faith in the Union makes us believe again that we are called in Europe to create not just an alliance of democratic states, but simply a supranational democracy.

What are the lessons for the European Union? It is no longer possible to maintain the Union as a system that contains democracy, the Union as an organization based on the opaque arrangements of governments, corporations and lawyers. The European Union needs a major institutional overhaul, because the fate of democracy in the world depends on it as much as on the United States, which in recent decades has lost the enthusiasm (and often the legitimacy) to preach democracy.

I would like to end by referring to Derrida’s thought, which I put in the motto of my text – that democracy is always “to come”. Derrida’s thinking about democracy seems to me today to be a source of hope – democracy is for him a bit like the Jewish messiah – a good utopia on the horizon, which recedes every time we want to get closer to it. Thanks to the Ukrainians, we have been reminded that despite the difficulties, we cannot deviate from this path.

Michal Matlak, is managing editor of the Review of Democracy and fellow at the CEU Democracy Institute. He was a visiting scholar at the Princeton University, Hertie School of Governance in Berlin and the Institute for Human Sciences in Vienna (Józef Tischner Fellow). He works at the European Parliament as a policy advisor. His main research interests are: religion and politics, Europeanization, the institutional design of the European Union. 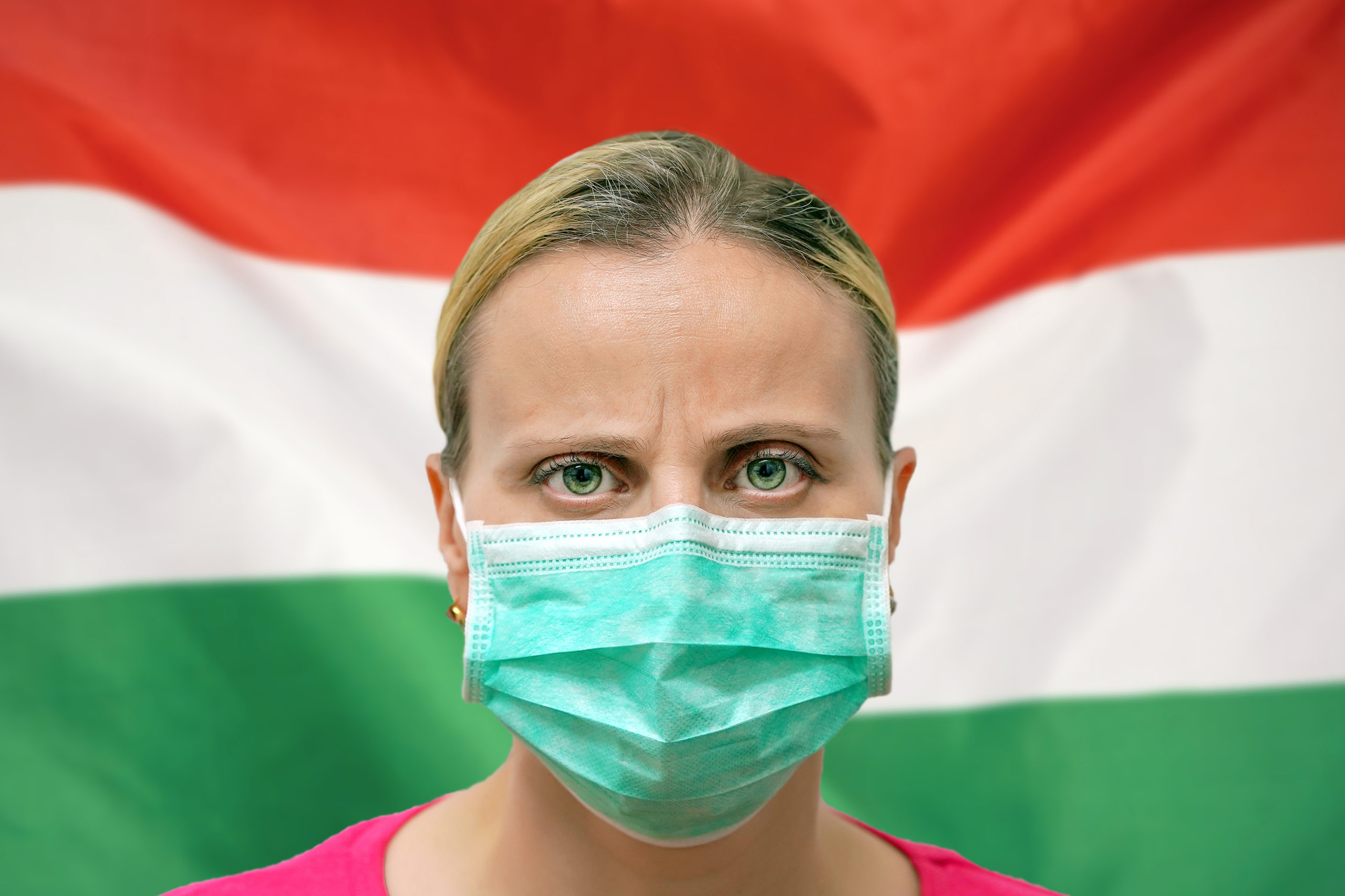