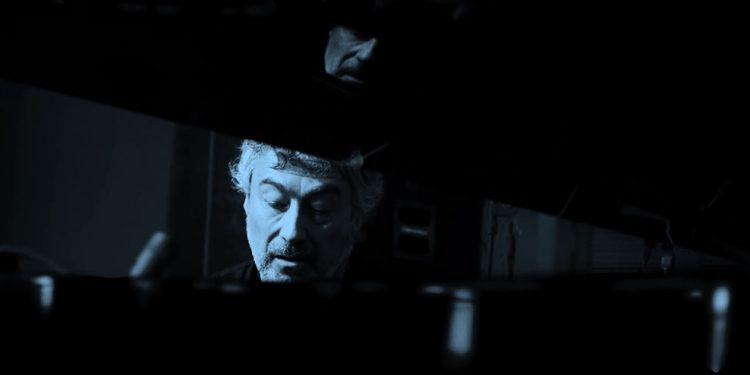 The New Republic’s Osita Nwanevu is a consistently sharp and often provocative commentator on public affairs. He just published a strong piece entitled “Bipartisanship Won’t Save Us.” I agree with him. Bipartisanship won’t save us and the reason is simple: The Republican party is a huge part of what plagues us, and our liberation from its grip is an urgent imperative.

As Nwanevu nicely outlines, the “emergency” legislation recently passed by Congress through bipartisan compromise, and signed into law by President Trump, is manifestly inadequate to the current crisis. It is also the necessary and predictable result of compromises with a Republican party that opposes remedial public policy as a matter of principle, and that cravenly supports the uniquely cruel and malevolent Trump.

As long as Trump is president and Mitch McConnell is the Senate Majority Leader, it will be impossible to do the right thing through public policy. And appeals to the civic virtue of Republicans, and calls for Americans to embrace our “better angels” and rise above partisanship, are politically ineffectual, and indeed disempowering. Nwanevu is basically right:

“Nothing worth happening is going to happen without an epochal realignment of political power in America—one that sees the Republican Party defeated and disempowered in November, in the next decade, and forever. We’ve tried bipartisanship. We’ve tried conservative governance. Now we must work to give progressive hegemony a chance.”

Indeed, I made a similar argument in my 2018 book #AgainstTrump.

At the same time, while Nwanevu is basically right about the need for a bold progressive agenda spearheaded by a resurgent Democratic party, he is not completely right. His appeal to partisanship misses some important things that will be necessary if we are to defeat Trump and Trumpism.

The first is that while appeals to “coming together beyond differences” — especially when made by people like George W. Bush–are politically disempowering for many progressives, they are morally and psychologically comforting to many other people, including progressives. And given the barrage of lies and vitriol emanating from the White House and amplified by the media, and the utter failure of the federal government to slow the rising death toll, it makes sense that many people will embrace such appeals right now.

Indeed, such appeals can even have a political healing effect for a public that is suffering a Trump-induced traumatic stress disorder and that is generally anxious and afraid in the face of a deadly pandemic. The appearance of basic human decency, and the comfort it can inspire, is indeed one of the appeals of the Biden candidacy, and one that should not be gainsaid. Right now, elemental normalcy, sanity, and safety are in grievously short supply, and the longing for these things has political as well as human value.

The second limit to partisanship is more political: “progressive hegemony” is a long-term political project that necessarily involves mobilizing many constituencies. Some of these—union members, African-Americans, middle-class women– might be considered parts of the Democratic “base” that are “ripe” for progressive mobilization. Many members of these groups will need persuading if they are to be mobilized by progressives. But perhaps even more important is the need to expand beyond the “base,” and solidify and strengthen some measure of support among groups that might vote independent or lean Republican. This requires at least some forms of broad appeal, and some frames, some of the time, that are not strongly partisan—even if it might also require some frames, at some other times and places, that are strongly partisan and even radical.

Nwanevu notes that strongly antagonistic rhetoric is often disparaged in U.S. public discourse, observing that “no one has ever been admitted into the canon of hallowed ex-presidents for saying we should smash our opponents. Abraham Lincoln did it violently, but the public hazily remembers him as a bridger of divides: This, we’re taught, is how good leaders solve problems. “But I think he misinterprets Lincoln’s general appeal here. Lincoln was no abolitionist, and he never sought to “smash his opponents.” He performed a complicated balancing act as President, and even when he embraced the need to fight a Civil War, he did so on the ground that “a house divided against itself cannot stand.”

And while Lincoln vigorously prosecuted the defeat of his enemies, he also worked hard, as exemplified in his Gettysburg Address—perhaps the only speech that most Americans might even be able to recite—to promote a kind of post-conflict national healing. This was the source of his greatness—though of course this greatness could only fully be appreciated after many decades.

In short, if Lincoln’s unique brand of “Republicanism” was for a time “hegemonic,” this was because of its broad appeal as much as because Lincoln was willing to fight for what he believed in. Such a broad appeal might need to be articulated with strong principled commitments. But without a broad appeal, it is hard to see how a broad political coalition is possible—something also recognized by FDR in the 1930s. Balancing contestation and conciliation, antagonism and amity, is an enormous but necessary practical challenge that cannot be avoided.

This leads to the third reason why strictly partisan and strongly ideological rhetoric should not be unequivocally embraced by Democrats: because divisions within existing power blocs are important, and it is important for any movement to welcome defectors from the opposition as allies when these defectors are willing to sign on. This is why the activities of The Lincoln Project are so important. Organized by leading former Republicans who take their inspiration from Lincoln, the Project has launched a full-scale public relations assault on the Trump administration, running powerful anti-Trump ads, including this week’s terrific “Mourning in America,” and calling for the defeat of Trump and the election of Joe Biden.

Indeed, some of its principals, especially former McCain campaign chief Steve Schmidt, have been calling for decisive Democratic defeats of Republicans since 2018. As I have argued, this group, and Never Trump activists more generally, are allies in the defense of liberal democracy who are also now allies in the effort to win a Democratic majority in Congress and elect a Democratic president. In a post-Trump America, they would be political adversaries—but not “enemies.” And so, they should not be fully embraced. But they should be welcomed as allies now. There is no reason to calumny them, however much the party they helped to build deserves both denunciation and relentless opposition.

And this leads to my final point. Nwanevu writes that “Nothing worth happening is going to happen without an epochal realignment of political power in America.” By “worth happening,” he means substantial policies that really address the challenges of economic inequality and social insecurity, challenges seriously exacerbated by the COVID pandemic. And he is surely right: such policies will require a major political change, spearheaded by a strong Democratic majority.

But there is something else very much worth doing before that can happen: the political defeat of Trump, and the Democratic recapture of Congress, in November.

This is an eminently partisan task, to be undertaken by a Democratic party intent on defeating the Republicans at every level and especially the national level of government. There is no reason to downplay the conflict that this will involve. But there is also no reason to draw a sharp dividing line between “friends” and “enemies,” nor to dismiss the kinds of broad rhetorical appeals that might be necessary to attract undecided voters and to secure a decisive electoral victory.

Partisanship and antagonism are necessary elements of all politics. So too are coalition-building and the appeal to common interests and common dreams.

I suspect that Nwanevu would agree. But precisely because his critique of bipartisanship is so powerful, it is important to emphasize the limits of partisanship too. Especially now, if we are to free ourselves of the plague of Trumpism.