The Politics of Memory Go Nuclear 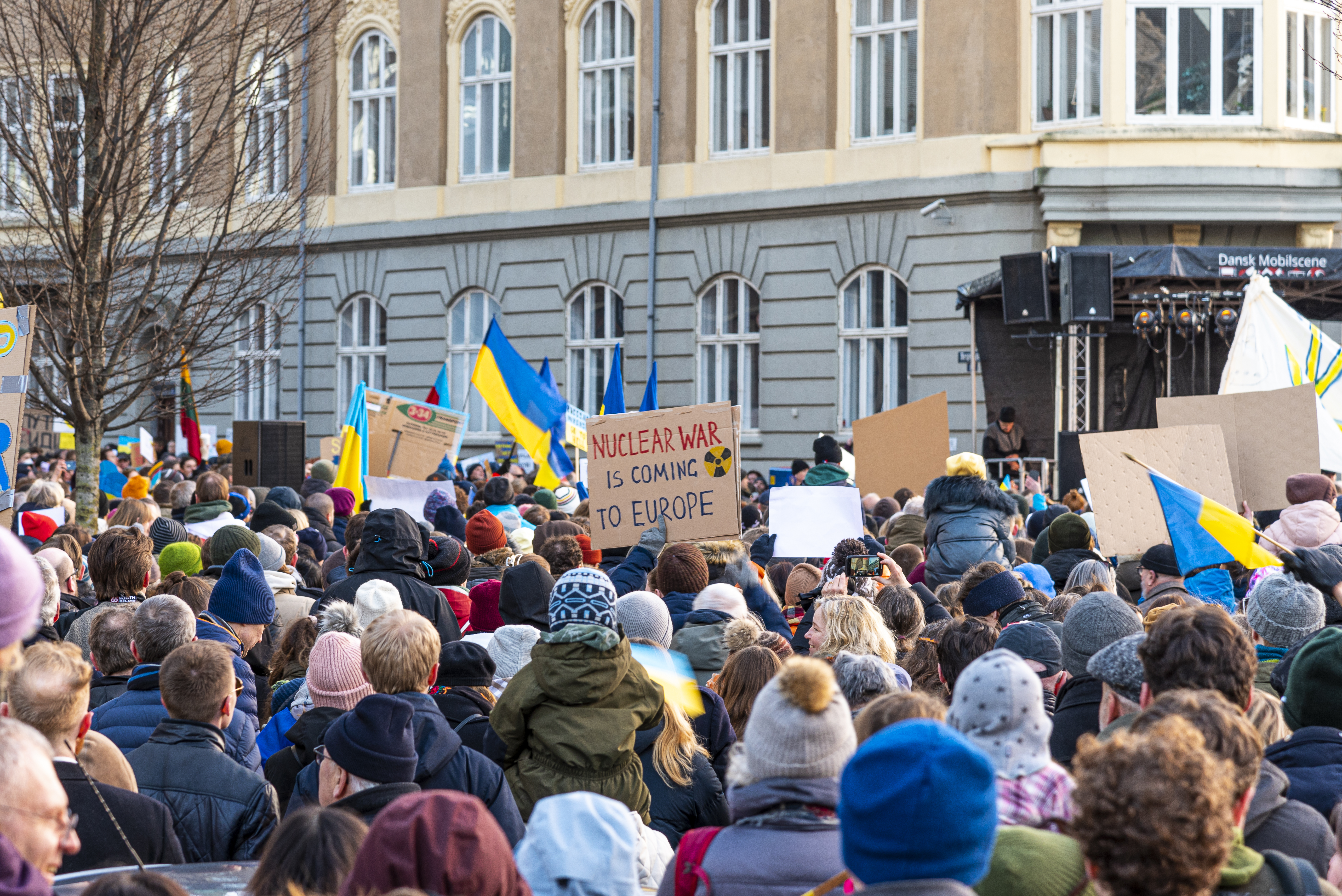 The Politics of Memory Go Nuclear

Putin and the limits of Realism

The Russian invasion of Ukraine, and the unified international response to it, have raised once again the specter of nuclear war. After the US, the EU, Canada, Japan and Australia responded to the invasion with robust economic sanctions, Putin ordered Russia’s nuclear forces to move to a higher state of alert—to take up “a special regime of combat duty” that has no recent precedent. The situation is fraught. All the more so, in fact, because the implications of Putin’s announcement are unclear. In assessing what is bluster and what is threat it is crucial to understand what kind of actor Putin is. John Mearsheimer has argued since at least 2014, during the first Ukraine crisis, that we should understand Putin’s actions as strategic and well informed based on his interests. Putin is interested in keeping NATO out of Eastern Europe in order to create a buffer zone between Russia and NATO. On this view the invasion of Ukraine is part of a realist position in which Putin is defending his interests against NATO expansion.

If Putin is a realist, we can understand Russia’s increased nuclear preparedness as an attempt to force Ukraine to the negotiating table while deterring the potential for military support—such as a No-Fly Zone—from NATO and NATO allies. We can apply the same logic to the recent devastation of Ukrainian cities such as Mariupol. This interpretation is somewhat comforting: Putin is deeply unlikely to use nuclear weapons at all but could conceivably do so if backed into a corner. If, however, Putin’s calculus is different then all bets are off the table.  The realist position provides little comfort for us, because the lies which Putin uses to justify the invasion of Ukraine risk taking on a life of their own.

In understanding this calculus, it is worth looking at Putin’s domestic politics and the methods he has employed to stay in power for over twenty years. Putin’s politics of memory, and in particular his claim that the recent invasion is about the “denazification” of Ukraine, should be the source of our consternation. A cornerstone of Putin’s propaganda since at least 2010 has been an emphasis on The Great Patriotic War (i.e. World War II) and the illegitimacy of post-Soviet states. Ukraine, for Putin, is not a proper nation.

Ukraine certainly does have neo-Nazi activists and paramilitaries. The Azov Battalion, which formed in 2014 during the Donbas War is an ultra-nationalist group accused of having neo-Nazi sympathies. They are officially part of the Ukraine National Guard. While their existence is of concern, they number in the thousands in a nation of 44 million. Likewise, in the 2019 election in which current president Zelenskyy was elected, Ukrainian far right parties only received 2% of the vote. Fascist extremists—such as Germany’s AfD or even Greece’s Golden Dawn—have received more support in several elections in the so-called ‘West.’

The idea that Ukraine has a Nazi problem on the scale that would require international intervention is clearly a falsehood. Yet in Putin’s recent strategy and rhetoric, the language of fascist threat has been a consistent theme. It is a consistent lie around which he organizes his policy, motives, and continuing hold on power.

This language has long been part of Russian and even Soviet politics. It reemerged forcefully after the Arab Spring in 2011, which encouraged widespread protests in Russia. Pro-Putin counter-demonstrators could be seen wearing the orange and black ribbon of St.George, a symbol of the Soviet victory over Nazi Germany in 1945. When, in November 2013, protests in Ukraine erupted over then-president Viktor Yanukovych’s plans to renege an association agreement with the European Union due to pressure from Russia, Putin claimed that fascists and neo-nazis would take over if Yanukovych was removed from power.

All this is part of a broader effort to paint Russia as a stalwart guard against a resurgent global fascism and to recreate, at least as an aspiration, the notion of a Russian Black Sea Empire. This bolsters Putin’s narrative of a modern Russia as a revived nation engaged in a noble goal commensurate with its historic greatness.

If Putin is indeed a realist he knows these things are lies, and what is really at stake are his strategic interests. As he often states some of these include the fact that Putin requires a buffer zone between NATO countries and Russia, which he comes closer and closer to losing each time Ukraine strengthens its ties with the EU. There are further considerations that emerge from his comments, including the demand that Russia be given due respect as a leading power (which is itself a factor in his willingness to flaunt publicly its nuclear capability), “protecting” ethnic Russian populations and controlling the resources and facilities like Sevastopol and other Black Sea ports that he believes will consolidate both Russia’s geo-political strength and his own legacy of restoring Crimea to its motherland.

Yet, if the lie is an excuse that is mostly there to help rally the people behind Putin, it is not without its own risk. In Hannah Arendt’s 1967 essay “Truth and Politics”, she revisited many of the themes from her invaluable The Origins of Totalitarianism. Arendt distinguishes between the traditional political lie—misleading promises by politicians, state secrets and the mendacity of the diplomatic corps—and modern political lies which deal with “things that are not secrets at all but are known to practically everybody.” Attempts at rewriting historical events while those who witnessed them still live is one example of what modern political lying aims at. Another such example might be claiming that Ukraine requires denazification or that Ukraine is not a proper sovereign nation.

Lies of this character do not seek merely to deny the world of facts but to replace that world. Mendacity becomes a form of world building.

It is here the problems truly begin, as Arendt further explains: “all these lies, whether their authors know it or not, harbor an element of violence; organized lying always tends to destroy whatever it had decided to negate.” Her classic example is Trotsky, whose removal from the history of the Russian Revolution in Stalinist propaganda entailed the signing of his death warrant. The difference between the traditional and the modern lie is, for Arendt, “the difference between hiding and destroying.”

For Arendt, the modern lies associated with totalitarianism require destruction to function. These lies, as all mendacity does, run aground on the solidity of factual existence. In the traditional view of lying, this is when the jig is up. In the modern view adjustments can always be made. There is more than a little irony in the fact Putin’s claims of denazification and the memory of the Great Patriotic War are being used to justify the worst aggression in Europe since Hitler.

If a world emerges in which a pro-Russia Ukraine, and more broadly a Novorossiya, cannot be forced by Russian violence, it is unclear Putin will respond as a realist. He may have cultivated his myths to hold on to power, rationally understanding what power requires in the modern age, but these lies may also push him to decide between the existence of the world or his holding on to power. The competing forces on Putin may come to play a critical part as the crisis develops.  And if the war goes badly for him, glib reassurances about the rationality of state actors with nuclear weapons at their fingertips will offer us only cold comfort.