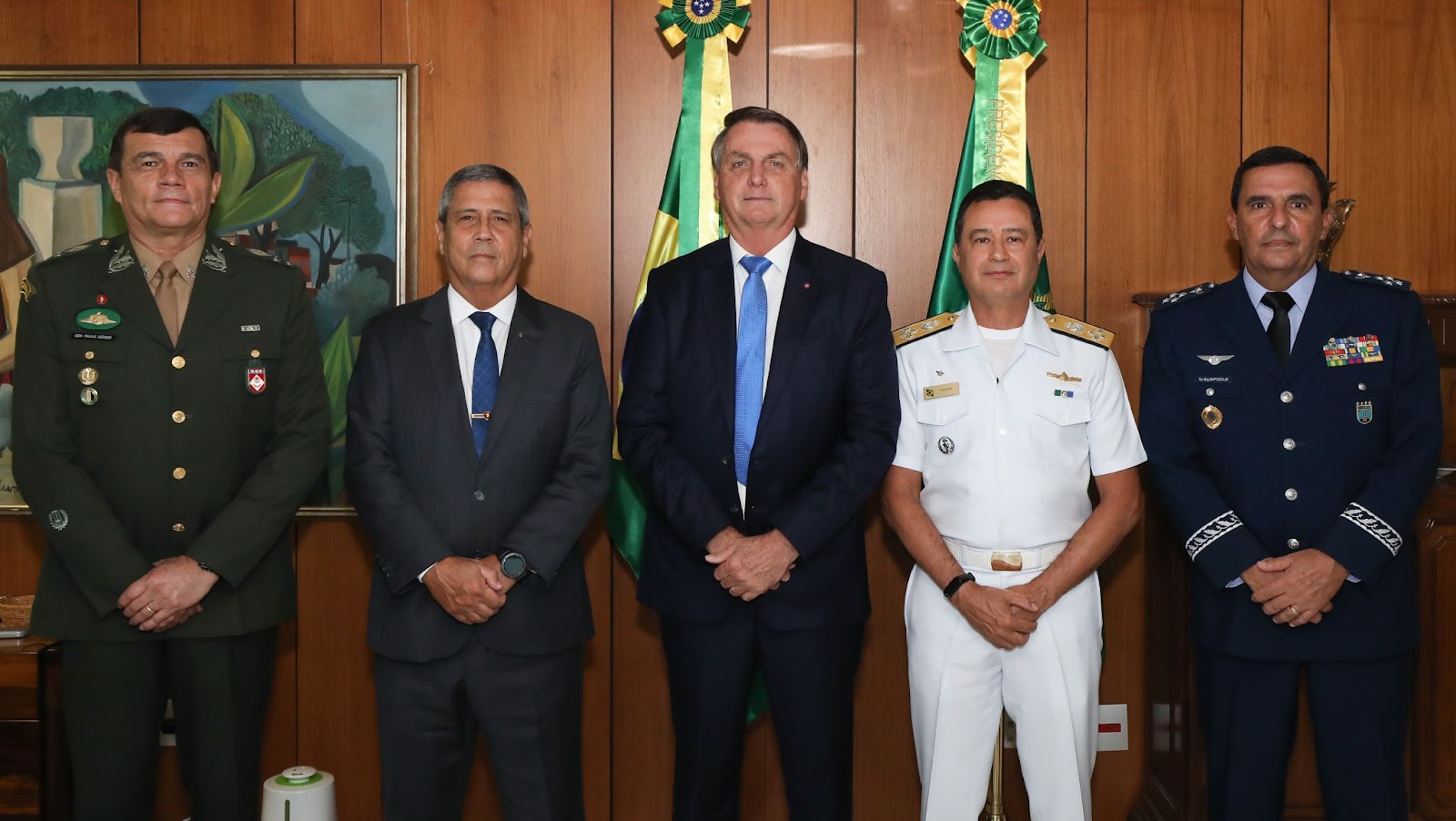 The people and all the major media outlets start calling for the impeachment of the President. The Bolsonaro government is on the ropes, and the referee can start the count at any moment. Political leaders of a broad ideological profile, now from the left to the right, socialists and neoliberals, begin to move in the same direction in Congress. The Speaker of the House of Representatives, who has refused all the impeachment requests presented so far, is already beginning to show signs of difficulty sustaining this position. But the more substantial the opposition, the worse the President’s attacks on the institutions. Military high command shows solidarity with the government and also attacks democracy. Both are openly menacing the Senate and the Supreme Court. With this, the apparently irreversible erosion of the institutions by the President is beginning to affect the armed forces.

In the last weeks, hundreds of thousands have taken to the streets against the president, whose policy has put the economy before the fight against Covid, betting on rapid immunization by contagion of the population, and has thus allowed more than 530,000 Brazilians to die so far. The outrage against such a murderous policy was fueled by a denunciation coming from the government’s own base in Congress, which reveals that all of President Bolsonaro’s efforts to hinder, by the most varied forces, the vaccination of the population was due not exactly to an ideological choice or evident incompetence, but to pure and simple corruption, involving the acquisition of Covaxin, a vaccine develop by Bharat Biotech, a company from India.

This latest accusation emerged in the Senate committee investigating the government’s omissions in combating the virus. Bolsonaro, despite his involvement with organized crime and his practice of petty corruption, rose to power on a conservative wave that carried the banner of fighting corruption.  In the vanguard of this movement, there was the Car-Wash operation, carried out by a group of young prosecutors and a federal judge working together. Car-Wash was the operation that led to President Lula’s conviction and consequent ineligibility to contest the 2018 election, a conviction that paved the way for Bolsonaro. The Supreme Court has now overturned Lula’s conviction, and Bolsonaro has been shown to be involved in the most heinous case of corruption: refusing and creating obstacles to legitimate vaccine offerings (CoronaVac, Pfizer, AstraZeneca, Covax Facility), buying overpriced vaccines (Covaxin), while Brazilians die by the thousands.

The main guarantor of the farce of an incorruptible Bolsonaro was the armed forces, until then an institution that enjoyed vast prestige among a large part of the population. Bolsonaro’s election represents a return of the military to power, a large group of high officials that operates as a political party under the leadership of generals who were formed during the dictatorship. Therefore, it is not gratuitous that the government has appointed more than 6,000 military personnel to civilian positions. However, we see that the military not only governs but also leads acts of corruption. The government and its aura of supposedly fighting corruption, which had already suffered significant damage with the declaration of partiality and consequent annulment of the judicial process that had convicted and removed former president Lula from the 2018 election, seems to be starting to crumble.

There is no doubt about the urgency of impeaching Bolsonaro. Not least because he, like Donald Trump, openly states that he will not accept defeat in next year’s election. This week he has even gone so far as to say that there may not be an election if it does not go the way he thinks it should. However, it is tough to judge whether the tension to which Bolsonaro is subjecting the institutions of democracy is not part of a game in which the military always wins: tolerating Bolsonaro’s attacks weakens democracy, but so does his removal, for if impeachment is a necessary condition in defense of democracy, it is nowhere near a sufficient condition.

One of the reasons that have made it difficult for the opposition to grasp the impeachment is the figure of the vice-president, General Mourão. Bolsonaro’s candidacy was conceived by the military, who intended revenge against those who defeated them during the democratic opening process. They are military men who declare their admiration for the bloodiest agents of repression. To remove Bolsonaro is to put one of these figures in the presidency. The fear is that the impeachment will consolidate the power in the hands of the military so that it may reconfigure the Brazilian state and democracy and reinforce its claim to be a fourth power, which oversees the political system.

It is this fear that explains, in part, why the Workers’ Party (PT) was, until recently, ambiguous about impeachment. Besides this legitimate concern, Lula leads the polls by a wide margin. If the election were held today, he would very possibly win in the first round. Thus, for the PT, a government lacking popularity and increasing rejection is the best opponent in next year’s elections, not least because it polarizes the election and makes it difficult to put forward a third viable candidate. The social cost, the tragedy of governmental omission in the fight against Covid-19 that led to more than half a million deaths, nullifies any political calculation and forces the PT to take to the streets for impeachment, which until now was the banner of social movements and parties further to the left.

The statements by the military commanders, directed against the Senate investigation, have certainly raised the temperature. However, they have also isolated the military, and they have begun to have difficulty dissociating themselves from the authoritarianism and corruption of the government. From left to right, all relevant political leaders have come out to defend the institutions of democracy. It does not mean that they will all behave in the same way toward a government of Vice President General Mourão. Bolsonaro’s parliamentary base will have no difficulty in supporting the incoming government. But it is a promiscuous base that exchanges votes for financial resources and electoral assets, which operates, therefore, as a market for votes and whose loyalty the government has to buy for each project. It is not clear how the military leaders would deal with this base.

Daniel Peres is Professor of Philosophy at Federal University of Bahia (UFBA), Brazil.