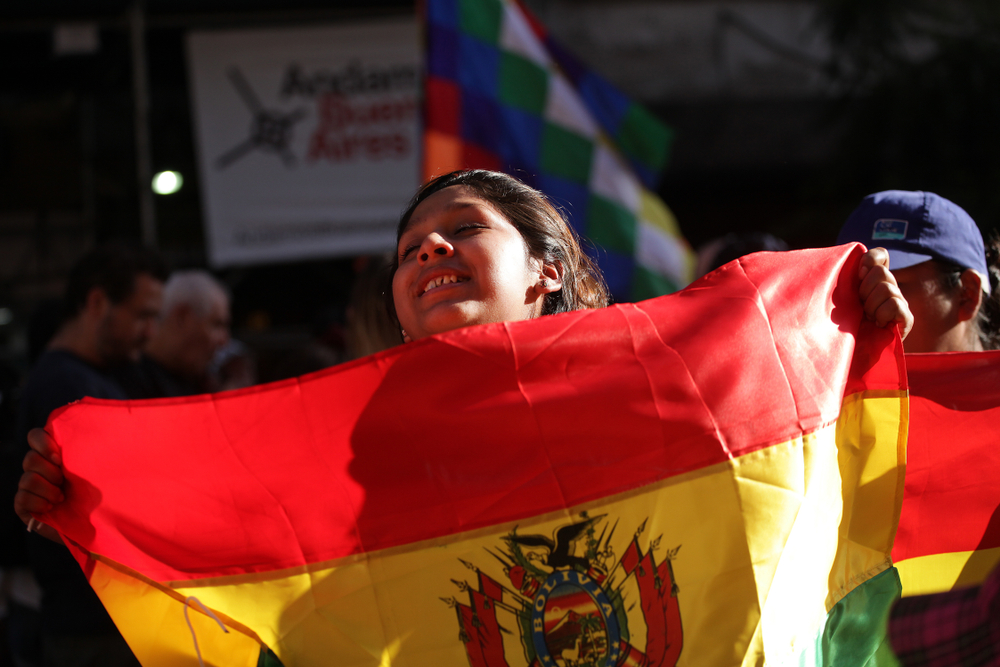 Should we refer to the unfortunate series of events that led to Evo Morales’s downfall as a coup? In his recent contribution to Public Seminar, Andrew Arato hesitates to concede the point. Though it is evident that Morales’s resignation took place under significant pressure from the military, Arato claims that this situation is the consequence of Morales’s extra-constitutional manipulation of presidential term limits. In Arato’s words, “the brief events described as a coup may have represented simply the unwillingness of the military to fight a mass mobilization on behalf of a government that lost its legitimacy.” That is an interesting suggestion that deserves further exploration.

Clearly his hesitant rejection of attempts to frame these events as a coup derives from the very complexity of the situation. After all, what some people see as a coup, others can plausibly describe as a revolution. From Arato’s perspective, Morales not only broke the principle of legality when he decided to ignore the constitution he contributed to creating; he also destroyed the legitimacy of the regime established in 2009 through his populist and authoritarian disregard of the basic principles of constitutional democracy. Morales’s fall was not just the result of military intervention, but also of massive popular mobilizations against his actions. When taken together, a question comes to mind: is this an example of a democratic coup where the military intervenes to support people against an illegitimate government that no longer plays by the rules?

According to Ozan Varol, traditional understandings of a coup imply an illegitimate intervention of the military to take power away from the elected government. They transfer power from one group to another without placing it in the hands of the citizens. Democratic coups, to the contrary, imply that the military steps in to facilitate the cause of the popular opposition against an authoritarian regime. They are instrumental in democratic transitions. In these situations, the military only aligns with the cause of democracy once it becomes evident that the government has lost the support of its citizens. It is then that the military intervenes to depose the authoritarian regime and set the conditions for the return of political power to the people, usually through free and fair elections, but also by organizing a process of constitutional reform that aims to recover the legitimacy of the political regime. Turkey (1960), Portugal (1974), and Egypt (2011) are all historical examples from which Varol constructs the concept of a democratic coup. But does it apply to the recent events in Bolivia?

The events that led to Morales’s resignation do not square entirely with Varol’s concept. Mainly because the military did not take power, a fact General Kalimán has been stressing to deny that a coup took place in Bolivia. However, it is also true that without the military’s refusal to support the government, Morales would still be in power. Popular opposition to the government was strong enough to topple it without recourse to direct military intervention, but not without that explicit signal of the armed forces that revealed Morales’s weakness. Then, it seems possible to modify the concept of a democratic coup to account for the type of indirect military intervention that took place in Bolivia.

However, and for a different reason, the concept of a democratic coup does not fully explain the Bolivian events. Not only did the military fail to take power, but it also did not assume a critical role in the political transition that began once Morales vacated the Palacio Quemado. The military’s unwillingness to secure the participation of a plurality of representatives of the popular opposition during this stage worked in favor of minoritarian right-wing political parties after the resignation of the vice-president, and the presidents of both congressional chambers cleared the way for the illegal ascension of Jeanine Áñez to the presidency. This omission by the military endangered the democratic goals of the popular opposition once they left control of the transition in the hands of a political faction with an explicit desire to do away with many of the democratic achievements of the 2009 Constitution. In this sense, Arato is justified in his fear of a right-wing counter-revolution with a dictatorial propensity.

As far as democratic coups go, the Bolivian military seems to have stopped halfway. Its willingness to yield control of the transition to an illegitimate right-wing government could provide the arguments to claim (as many have done) that the events in Bolivia amount to an undemocratic coup of a counter-revolutionary nature. But in this interpretation, the active element would be the political right, while the military takes the role of a passive facilitator. Only time will tell what kind of coup took place in Bolivia. The answer will depend on the willingness or refusal of the transitional government to initiate a process of negotiated regime change like the one proposed by Arato. This negotiation should bring together the different sections of Bolivian society around a fundamental objective: the return to the path of constitutional democracy through a purge of the populist-authoritarian elements introduced by Morales to transform the political regime. That will require, at least, a reform of the constitutional provision on presidential term limits and a considerable restructuring of the judicial bodies tasked with the protection of democracy, such as the Supreme Electoral Council and the Constitutional Tribunal.

Even if we allow for the possibility of democratic coups, it is a good thing that the Bolivian military did not take on a more active role during these recent events. Military involvement is always risky, even when it takes democracy’s side. The case of Egypt in 2011 shows that coups initiated with democratic pretensions can easily turn authoritarian. However, the ambivalence shown by the military up to this point can eventually allow it to play a more active democratic role if, and only if, the transitional government decides to take the path of an illegitimate counter-revolution. Not many other institutions in this country seem to be in a position to prevent the further erosion of Bolivian democracy. A civilian solution is always desirable, and that should be the immediate goal in Bolivia. But the radicalization of political forces and social movements is sure to make the alternative of a negotiated transition a tough one to pursue. In the struggle for the survival and consolidation of democracy, Bolivian society should be able to draw support from every possible source, even the military.