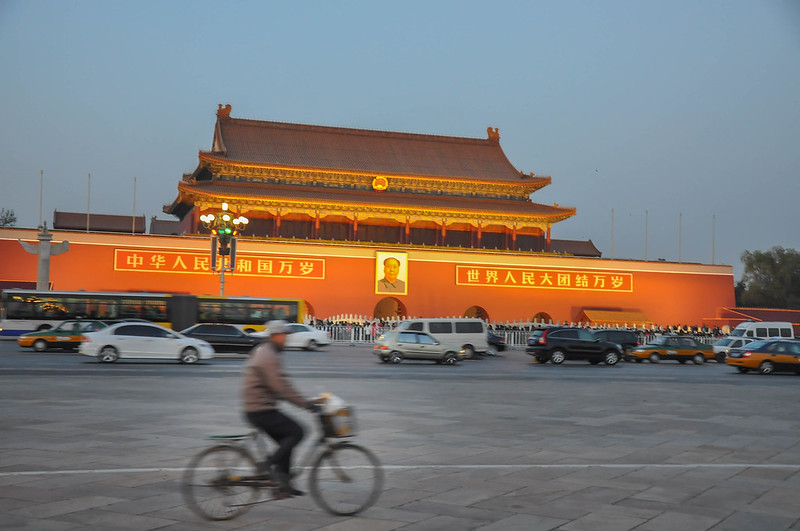 I’m a human rights lawyer, dissident, and scholar from China. In China, universities, schools and media are totally controlled by the Chinese Communist Party (CCP). There are many forbidden topics that writers, journalists and scholars cannot write about, report on, or even research, such as the Tiananmen Massacre, the concentration camps in Xinjiang, the corruption of top leaders, the crackdown in Hong Kong, and the persecution of Falun Gong members, Christians and Tibetans. But while some forbidden topics are explicit, many are not. The list of sensitive issues is always expanding and changing. So a writer, editor or scholar has to judge and calculate —how far to go, how explicit to be, with whom to ally, and so on. If you calculate incorrectly, you can lose your job, be imprisoned, tortured, or even executed.

But most censorship does not directly involve such happenings. It involves fear of such happenings. Perry Link had a classic metaphor – He described the CCP’s censorship system as an “Anaconda in the Chandelier”. The silence of the anaconda crouching overhead means “the big brother is watching you!” So everyone will automatically make big or small adjustments. Eventually you’ll get used to the fear, and accept it as part of the natural landscape. Gradually, self-censorship is mixed with formal censorship. People censor themselves without government interference. Censorship is severe, and self-censorship is rampant. Most Chinese intellectuals practice self-censorship, as do most international scholars focusing on China.

When I was a professor at a university in Beijing, I seldom practiced self-censorship.  I discussed all sensitive issues with my students. It’s extremely important to tell the younger generation to refuse the lies, and to challenge the authorities. I knew it’s important because I had very much been brainwashed before I went to university. I had no access to materials, textbooks, friends or teachers critical of the Chinese government. Because of information control, propaganda and brainwashing, most students are not able to think independently.  So when I had the opportunity to teach the younger generation in China, I encouraged them to think independently and critically.

Like many other Chinese intellectuals and dissidents who pursued truth and freedom, I paid a price – my articles were not allowed to be published in China, I was not given the tenure, I was banned from teaching, and eventually I was fired by the university.

I was also a human rights lawyer and one of the earliest promoters of the human rights movement in China since the early 2000s. I represented the victims of torture, wrongful convictions, forced evictions, forced abortion, and religious persecution.  I challenged the abuse of power by government officials. I founded organizations defending human rights and freedom. I took to the streets, participating in protests and demonstrations. I co-signed Charter 08, a manifesto calling for a free and democratic China, for which Dr. Liu Xiaobo was awarded the Nobel Peace Prize.

The Chinese authorities, of course, would not tolerate my trouble-making activism. My passport was confiscated and my law license revoked. I was frequently put under house arrest, was kidnapped and detained by the secret police, was physically and mentally tortured, and my family members were targeted.

Vaclav Havel’s idea that “living in truth” is “the power of the powerless” greatly inspired pro-democracy Chinese intellectuals. The Czech dissident and former President’s description and analysis of post-totalitarianism resonated powerfully with people living under a repressive regime. Havel’s emphasis on “living in truth” reflects the fundamental responsibility of human beings. “Truth” in this sense is not only “honesty” and “not lying”, but also has a higher meaning: the rejection of the alienation that comes with living in a totalitarian or authoritarian system

Even in a democratic country like the US, “living in truth” is of great value. While Donald Trump has told thousands of lies and labeled independent media as “fake news”, when he has endorsed conspiracy theories and when he repeatedly instigated hatred and racism, it is important to nourish a deeper understanding of the value of telling the truth.

Under repressive regimes, people who choose to live in truth are facing terrible consequences, endangering their freedom and even their life. So the people in a free country have no reason to give up resistance.  As Havel argued, the emergence of dictatorship is not only a political crisis, but also a cultural and humanitarian crisis, and it is pervasive cynicism that allows tyranny to run unimpeded.

The 1989 Tiananmen massacre has made the Chinese live with what I have called the “Post-Tank Syndrome.”  Anger and fear have turned into silence, silence into indifference, and indifference into cynicism. In this atmosphere of fear and despair, almost all Chinese people admire and support those who have power and money. Increasingly indifferent to universal values and morality. People forget, marginalize, and mock freedom fighters and prisoners of conscience. Here we see a paradox of history: the survivors have become the accomplices of the killers.

So, to refuse cynicism is to resist. To resist is a mandate of our soul and our humanity. Liberal democracy should not be taken for granted. If we don’t care about it, if we don’t examine it, and if we don’t defend it, it will be eroded, weakened or even destroyed. So too will our humaneness. If we don’t make great effort to keep it, it will vanish, and it will fail.

When I was in China, we human rights defenders used the limited space provided by the market economy, the internet and social media to promote the Human Rights Movement, though the government crackdown never stopped. Technology empowered the resistance. The new information technology made it easier to spread information, to network, to organize and mobilize the social movement.

But technology has also been used to facilitate oppression. For the past few years, an unprecedented “high-tech totalitarianism” is looming in China. The CCP utilizes its lead in Artificial Intelligence to tighten its total control of Chinese society. The Great Firewall, social media, big data, e-commerce, and modern telecommunications make it easier for the CCP to keep people under total surveillance. The internet has been used by the CCP as an effective tool for censorship, propaganda, and brainwashing. Facial recognition, voiceprint recognition, gait recognition, DNA collection, and biometric tags have all systematized the CCP’s growing control.  What’s happening in Xinjiang, Tibet, and all over China goes far beyond the imagination of George Orwell’s 1984.

In this high-tech totalitarian state, the space for activists and dissidents has been extremely restricted. What’s worse is that the CCP’s propaganda and brainwashing has become more powerful and effective.  It is becoming much more difficult than before for people to enlighten themselves with free information, knowledge and education.

The most horrible autocracy is not the one that suppresses resistance, but the one that makes you feel that it is unnecessary to resist, or even makes you defend the regime. This is the horrifying scenario playing out in China and, I fear, far beyond.  The high-tech totalitarianism in the most populous country will be an unprecedented threat to freedom and humaneness on this planet

Dr. Teng Biao is an academic lawyer, currently Grove Human Rights Scholar at Hunter College, and Pozen Visiting Professor at the University of Chicago; he held the position of lecturer at the China University of Politics and Law (Beijing).

Photo credit: “Past and Future” – The Tian’anmen from the Tiananmen Square; by Jorge Láscar’ Source.