On Callousness and Consistency 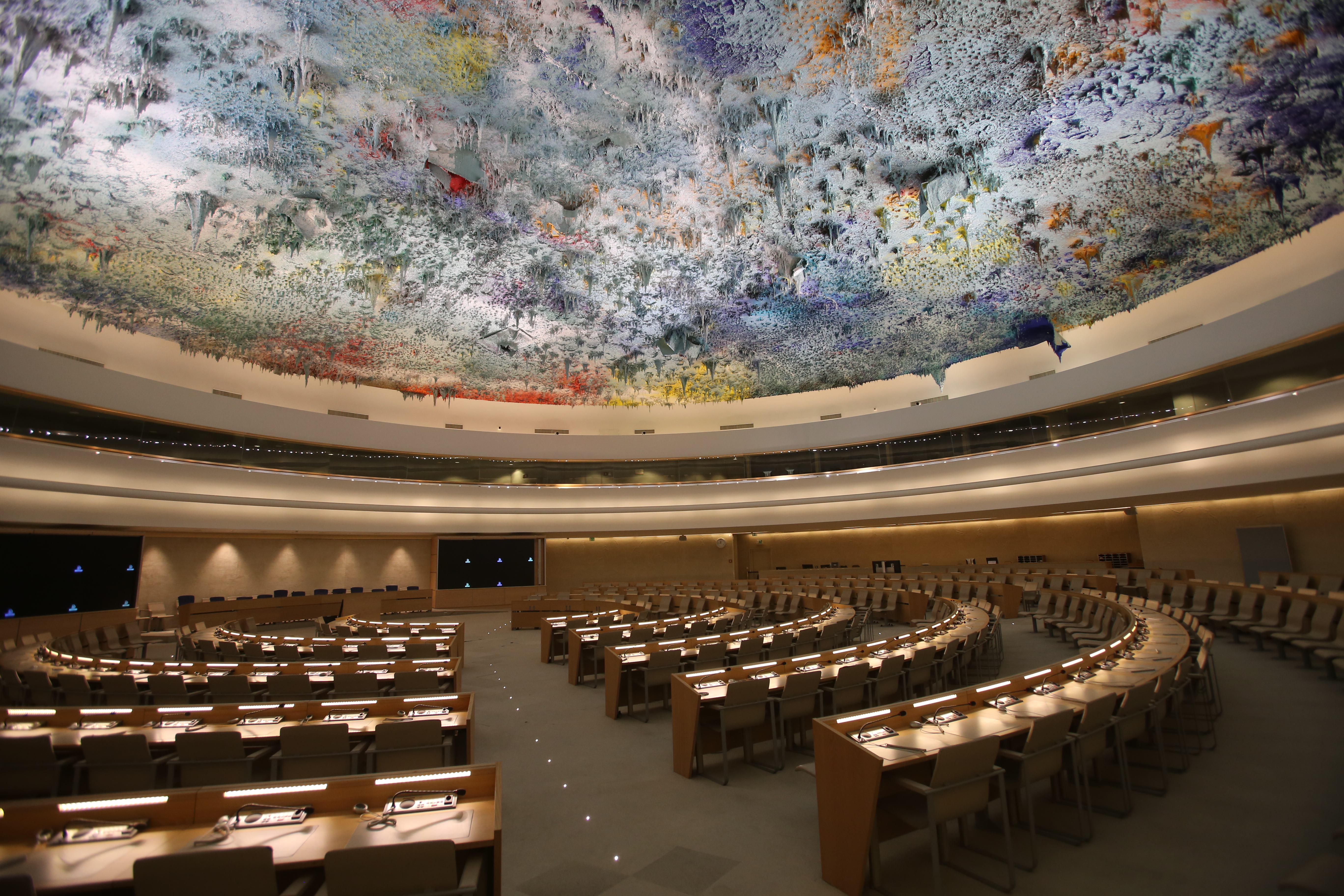 On Callousness and Consistency

On April 7 this year, the United Nations voted on a proposal to suspend Russia from its Human Rights Council. By this date, thousands of civilians and soldiers were dead. Millions of Ukrainians – mostly women, children and old men, since working-age men are required to join Ukraine’s defence – were displaced from their homes and desperately seeking entry to neighbouring countries. Humanitarian corridors, set up to allow people safe passage, were increasingly being blocked by Russian forces, leaving people trapped without food and warmth, fearful of attack. Even without this human trauma, on narrow legal grounds alone Russia’s invasion of Ukraine violated a key tenet of the UN system: respect for sovereignty.

The vote should have been a no-brainer. Indeed, the vote for the resolution held the day. But against the 93 votes for suspension, 24 countries voted against and 58 abstained. Nine of the countries that voted against the resolution are in Africa and over half of votes to abstain came from African countries – indeed, from some of Africa’s most influential countries, including South Africa. Their combined 31 votes (of the combined 82 votes against or abstaining) indicated that global sentiments were not as clearly on the Ukraine side as democrats would like to believe.

The justifications for this position vary. Some countries politically aligned to Russia, and others which are economically beholden, mostly voted against the resolution. (These strategic considerations no doubt applied to the some of the supporters of the resolution as well). Some countries, such as my own (South Africa, which abstained) had historical ties to the former Soviet Union, a vital ally in the long fight against colonialism and apartheid. Some countries interpreted the war as something of no consequence to them, a distant and strange fight between Europeans in which their best option would be to stay neutral and abstain from the vote.

Both those positions, neutrality and abstention, are callous in today’s context of an egregious human disaster, unfolding under our eyes day by day. Abstaining from taking sides in the face of a clear human rights violation, and particularly under conditions of hugely asymmetric military power, is both ethically untenable and politically cowardly: it simply allows the powerful free reign. Some countries, such as Namibia and South Africa, justified their votes by referring to previous pan-African positions of non-alignment. But the Non-Aligned Movement that emerged from the 1955 Afro-Asian Bandung Conference was not a call for neutrality. It was an anti-colonial stance that foregrounded five key principles: political self-determination, mutual respect for sovereignty, non-aggression, non-interference in internal affairs, and equality. All of those principles are grounds to support Ukraine strongly and unequivocally. The African Union which has long defended the principle of sovereignty and territorial integrity, recognised this when it issued a clear statement calling on Russia to withdraw.

Governments’ positions are not always consistent with the views of their citizens, of course. In the case of South Africa, for instance, there were divisions inside the ruling party about the correct stance on the war. The Minister of International Relations, Naledi Pandor, first issued a strong censure of Russia but had to retract when President Cyril Ramaphosa responded with a statement on neutrality. In a controversial call with Putin early in March, Ramaphosa offered to mediate the crisis. That offer is not as risible as it appears; Archbishop Tutu played an important mediation role in the Northern Ireland troubles, with Ramaphosa working very hard in the background. However, treating Putin as an honest partner strangely elides the fact that he is a white supremacist and that his intentions are not democratic but imperialist. In any case, the government that Ramaphosa leads has a chequered history of voting in the United Nations. South Africa is no longer an unambiguous supporter of human rights abroad (mirrored, inside the country, by the ANC’s decline from a progressive party to one willing to act for the powerful against the poor). Ramaphosa may be well-intentioned but would enter such talks, were they to happen, in a weak position.

The argument that this is nothing but a proxy war between two powerful global forces finds eager ears among the African left. Across the continent, many Africans inside and outside governments have deep memories of the impact of Cold War politics on the continent. Throughout the twentieth century, in the struggle against European colonialism and its aftermath, the United States was regarded as a foe. US foreign policy in Africa, focused on blocking communism, prompted the 1961 assassination of Patrice Lumumba, hero of the Congolese nationalist movement and first president of independent Congo. From South Africa to Somalia and from Algeria to Angola, the US supported governments that were corrupt and repressive in return for their commitments to keep the Soviet Union out of Africa. This continued well into the 1980s, when official US policy on South Africa supported the apartheid regime. By contrast, the Soviet Union provided material support that was material to independence movements, and the memory lingers. The US support for Israel’s actions against Palestinians and Saudi Arabia’s actions in Yemen, its invasion of Afghanistan and role in Iraq, are all referenced today by those who want to highlight the hypocrisy of its claim to lead the democratic world.

Even today, the US seeks to police the world while keeping itself outside of the institutions and rules of international regulation, such as the International Criminal Court. When Putin speaks about the need for Russia to fend off NATO expansion in order to avoid a unipolar world, many people in Africa nod their heads in agreement. A world in which the US is the dominant player is regarded as a world that is unsafe for African democracy. Indeed, it is a truism among African commentators that if the United States supports a political movement, that movement must be treated as suspicious. It matters little that Russia under Putin is different to the Soviet Union (itself no defender of human rights particularly within its constituent members), or that Eastern Europe’s relationships to the Soviet Union and Russia are different to relationships between Africa and the Soviet Union. Pick which global hypocrites one wants to support, perhaps.

African democrats distrust Europe as well as the US. The callousness of recent Hungarian and Polish border closures against desperate African refugees remind us that solidarity and compassion are racially constrained. Indeed, as Ukrainian refugees were welcomed into neighbouring countries, black people fleeing from Ukraine were thrown off trains and trucks and refused entry. Comments by reporters and analysts about the refugees being blonde and blue-eyed, ‘like us’, was enough of a reminder, if any were still needed, of the profoundly anti-black attitudes of too many Europeans. This is a perfect storm: longstanding anti-African policies, anti-Black racism, and new forms of unregulated global power combine to create a significant bloc of countries that are unwilling to take a strong anti-Putin stand.

Nevertheless, these long histories do not justify a refusal to support Ukrainians. To point only to history is to abuse history by making it a handmaiden to contemporary ideological cynicism. African people and governments are hardly symbols of compassion towards our own people, and xenophobia and genocide are not just the tools of white racists. The west’s callousness and inconsistency cannot be countered by cynically turning away from an unjust attack on a small nation. Standing with Ukraine is an act of compassion that would model precisely the values that African democrats hold dear, and which are articulated in the principles that underpin the African Union and the Bandung agreements. Africans must speak out against aggression and war, and for the people of Ukraine because African history demonstrates what happens when countries become imperialist pawns. No matter what their governments say, most Africans will support the ordinary Ukrainians who have lost their families and fled their homes because that is an all-too familiar reality for many Africans as well. Consistency and compassion demand that Russia’s aggression should be challenged at every turn.

Shireen Hassim is Professor/ Canada 150 Research Chair, Carleton University and University of the Witwatersrand. She has written and edited several books including No Shortcuts to Power: Women and Policymaking in Africa, Women’s Organisations and Democracy: Contesting Authority and Go Home or Die Here: Violence, Xenophobia and the Politics of Difference in South Africa. Her interests lie in feminist theory and politics, collective action and histories of mobilization of women in Africa, and social policies and gender. Her most recent book was an archival recuperation of the work of the South African sociologist, Fatima Meer. 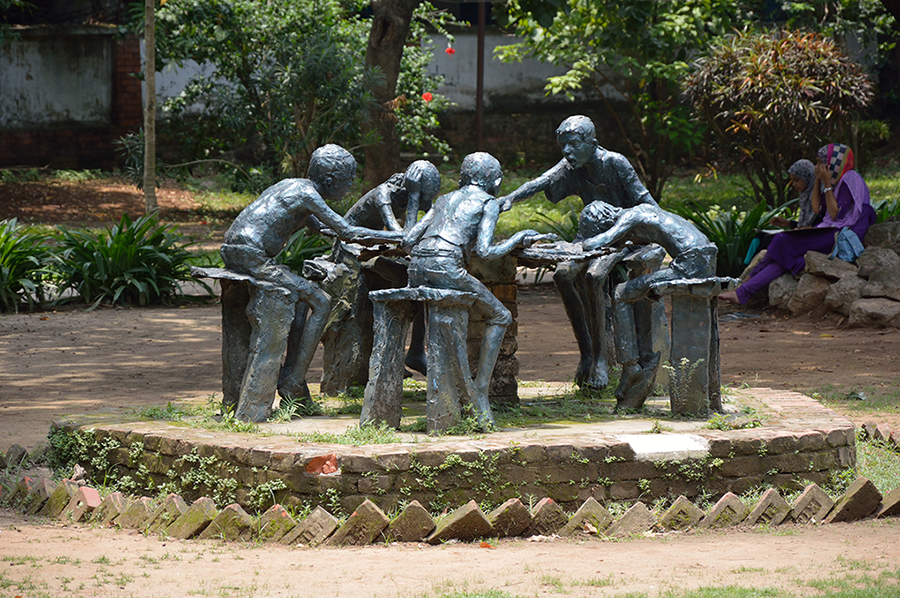