My Arrest in Poland 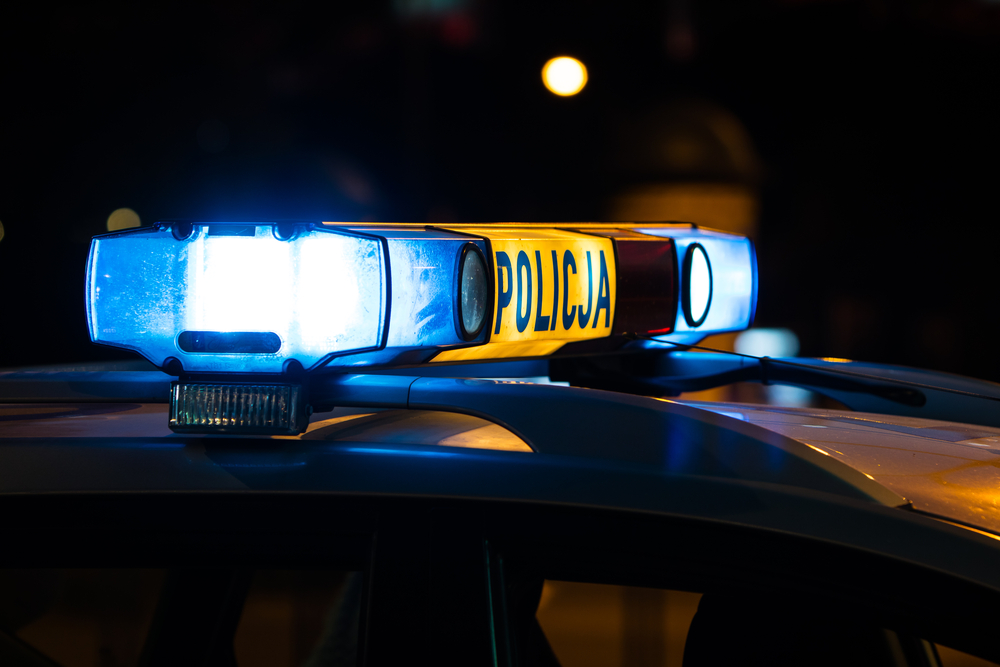 My Arrest in Poland

“At the time the circumstances of my arrest in Poland seemed trivial. I hardly thought about them afterward. But now, when I consider the fall of 1989, and the fall of communism, my little run in with the Polish authorities seems highly suggestive of how things were then and what has since come to be.”

With these words, I opened my book After the Fall: The Pursuit of Democracy in Central Europe. I used a description of my brief detention in Lublin while attending a student theater festival to reveal the struggle for a free public in Communist times. I used my memory of the event to open my exploration of the relationships between public and private, and how the relationships formed the bases for the pursuit of democracy of post communist Central Europe.

Here, drawing from my book, I return to my experience in 1974 to further my dialogue with Daniel Dayan, as we explore together the relationship between events and their mediation, between what he calls “monstration” and what I call “the politics of small things.” I report here first my recollections of my “trivial day” and why what seemed unimportant at the time was of practical significance in Poland back then. I close by highlighting what I take to be the theoretical significance of my little story.

Disorientation is what I remember about that April afternoon in Lublin when the People’s Militia detained me for a couple of hours.

I was attending a Festival of Youth Theaters. The bulk of the presentations in Lublin that week were not very interesting. Some of the best theater groups of the Polish youth movement were not represented in this relatively minor festival, and others of mediocre quality were overrepresented. Veteran theater critics, journalists, directors, and actors were generally dissatisfied, particularly with one performance I attended, one billed as a “happening.”

The performance took place in a gymnasium and involved little more than a rock soundtrack, a colorful slide show, and some student actors playing with an orange and yellow sheet. When it ended, a group of Polish journalists wanted to make things more interesting. They grabbed the sheet and spread it over themselves. They stood on one another’s shoulders, made pyramids, and horsed around. And then they decided to go outside with their merrymaking and turn the pseudo-happening into the real thing. The journalists under the sheet led the other members of the audience, along with the actors of the failed performance, down two flights of stairs onto a busy thoroughfare in downtown Lublin.

As soon as they hit the street, their act of ordinary horseplay became a public event. Crowds formed on both sides of the street. Theater participants mingled with shoppers, clerks, and workers, all marveling at an open, spontaneous, public event. But a few others, particularly one man in an oversized trench coat, seemed to be offended. He and a woman companion started shouting at those under the sheet: “You will hurt yourselves!” “Not only yourselves, but others!” “You can’t breathe properly under there,” and the like.

With a refined, cosmopolitan sense of what happenings were supposed to provoke, the theater people laughed and enjoyed the couple’s contribution to the show. Others just scoffed at them and shouted back at them to leave the kids alone. The couple left.

With that the interest of the passersby dissipated, and the happening moved on. The sheet-being turned up a side street and draped itself over a small Italian Fiat 850-S with German tourist license plates: my car. Some friends coaxed me into the car with the sheet performers. When it was clear that the next logical step was to start the engine, at my Polish colleagues’ instigation, I turned on the ignition. Ten seconds later, the man in the oversized trench coat swept the sheet off my car and, and with a paddy wagon behind him, showed us his identification. He was with the People’s Militia, and he politely indicated that we were to follow him.

At the militia headquarters, we had to hand in our papers. The Poles presented their personal legitimacja, and I my American passport. Then we were taken to a secured lockup area.

But I presented unanticipated problems for the authorities. They hadn’t expected an American to be at this obscure performance, let alone at a place where the divide between theater performance and political order had been breached. They wanted to put an end to the event in as uncompromising a way as possible. But the officers on duty did not seem to have the authority to either release us, or further process our detention. They told us that they had to confirm our story with the theater festival organizers. But first they confiscated film from the cameras of the journalist photographers.

And then we waited. While we were locked up in the militia station, my Polish friends, veterans of Poland’s subtle politics of cultural life, assured me that nothing serious would happen. They realistically assessed our situation. If I weren’t there, some greater unpleasantness might ensue. Maybe they would be detained without being formally charged for the permissible forty-eight hours. But our little escapade on the street was not really significant, and the city wouldn’t want to risk an international incident over it.

Indeed, the local party hacks might have been afraid that their actions would meet disapproval in Warsaw. It was the era of détente. Poland was experiencing an apparent economic boom based on loans from Western governments and banks. Tensions were relaxed and political muscle was not to be flexed. Therefore, the Poles predicted that we would wait for a few hours and then be warned and released.

And they turned out to be right. After two hours, our papers were returned (though not the film) and we were released with a warning not to take part in “an unauthorized theater event” again.

In spite of the benign outcome, when I returned to the festival, and later to my apartment in Warsaw, I was shaken up. I had not intended to become involved in Polish politics, except to study their relationship to Polish culture. I knew the relationship was intimate, but hadn’t expected to be caught up in it.

Yet, the whole adventure almost immediately became the subject of jokes, and I soon forgot about it. But I was to be reminded of it again. A photographer in our group, it seemed, had somehow managed to retain a roll of film documenting what had happened. And months after the event, a weekly newspaper in Krakow, Student, published an account – not a news story, but a comic-book rendition of Little Red Riding Hood–about the event. The sheet-being was depicted as Little Red Riding Hood, and the city street became the forest in which we met the Big Bad Wolf: the undercover agent who finally showed his teeth when we were in Grandmother’s House – my car.

The newspaper didn’t reveal all of the circumstances of the arrest, but it clearly showed the political police doing its work. In retrospect, I realize that this happening was more successful than any other performance I have observed or read about. It crossed the divide between the aesthetic and the social, and it developed a life of its own, encompassing a large and formidable territory, these reflections included. It began inside its own repressive context: it was confined to a gymnasium, because the authorities did not permit performances outside of conventional settings.

The authorities wanted only channeled innovation, knowing that without the proper channels, cultural autonomy might not easily find acceptable limits. But those in the world of theater, as well as in the other arts and sciences, pushed limits as a matter of fundamental principle; and in Lublin that day, they improvised. This activity of the young intellectuals was a chapter of their long struggle with totalized political regimes over the issue of free public space.

The happening revealed the nature of the battlefield. On the one side were the soft and hard totalitarians. On the other side were those who provoked the rulers, who struggled for room to act on their own, who were true to their cultural vocations, and those who saw the room so created, enjoyed it, and became collaborators with their resistance. For the authorities, youth theater was a safety valve. For those involved in this theater, well understanding their situation, it was a base for freedom and for what I call the politics of small things.

The Ironies of Consequence

My key reasons for recalling that long ago, far away event now are that the Polish authorities worked to keep free speech and action as invisible as possible. The project of what Daniel Dayan calls “monstration,” of showing such speech and action to a public, was enacted on that day in an improvised street theater happening, and led to my arrest. The authorities worked to restrict visibility, as my Polish friends and I worked to expand it. They wanted to block the show, but failed: months later, a Polish newspaper retold the story as a fairy tale, elliptically but clearly showing the repressive apparatus in action.

This media institution witnessed, recorded, and translated, while at the same time avoiding censorship. In doing so, it illustrated the workings of both the power of the Party State and of an emerging opposition to this power before this opposition was organized. Later, this power developed more fully in Poland and around the old Soviet bloc, with internal and international media reporting.

It is important to note that the showing on that day in Lublin and later in the Krakow newspaper in important ways made the later developments possible. A seemingly trivial event, after the fact, was consequential. Dayan and I are both struck by this, by the ironies of consequence, when the small turns out to be large, and the large, small.

_____
Jeffrey C. Goldfarb is the Michael E. Gellert Professor of Sociology at The New School for Social Research. This article was originally published by Deliberately Considered.