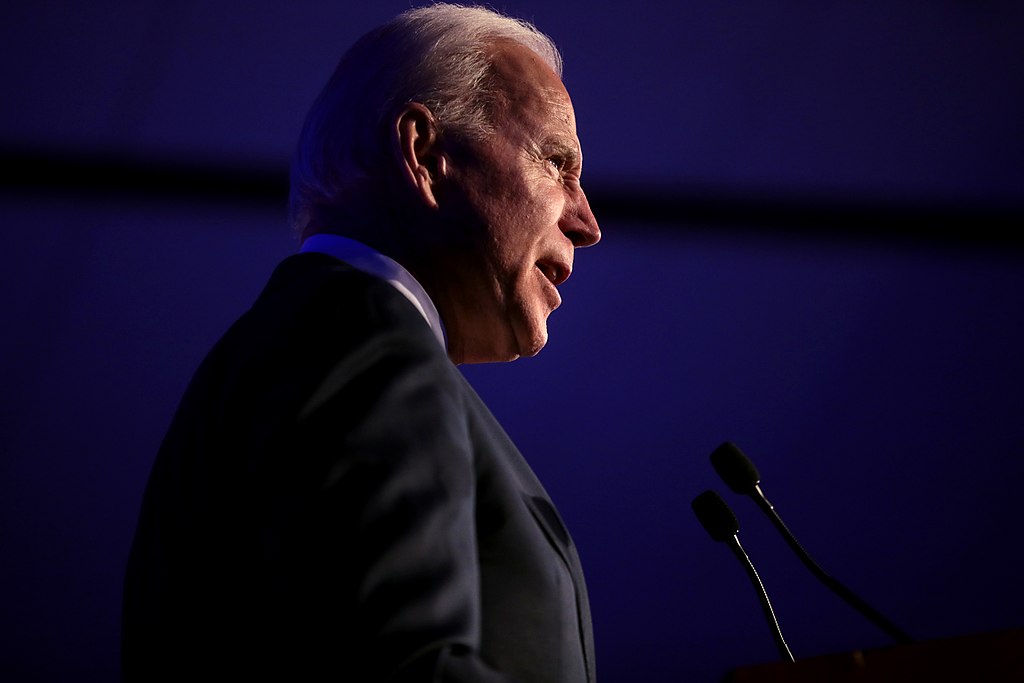 Joe Biden went to Pittsburgh on August 31 to make a campaign speech condemning the violence Donald Trump incites. That was the immediate reason for speaking out, but it was also an occasion to speak up for a better America, one that most citizens can affirm and from which no one should feel excluded. The operative term is “should.” Biden’s speech is an invitation not everyone will accept but a working majority should find agreeable. It is a good speech worth revisiting.

The message of the speech should help to bring a coalition of voters to the polls large enough to win the election by a sufficient margin to overcome the effect of voter suppression, ballot disqualification, gerrymandering, and other obstacles designed to thwart a fair election. While the speech does nothing to persuade Trump’s base or Republican partisans, it does not provoke them in kind—it does not aim to alienate the ruling minority in an already polarized electorate so much as it tries to unify the fractured majority. Without a coalition of progressive and centrist voters, the minority will prevail as will the toxicity of their undemocratic and illiberal assault on the republic.

Biden’s speech would unify his potential supporters primarily by affirming a positive vision of the country while eschewing negativism, by summoning the spirit of generosity, confidence, and optimism to prevail over fear, hate, and violence, by advancing a message of healing instead of poisoning the well of polity.

The speech begins by invoking the grand figure of FDR, but Biden himself is quotidian, a contrast that works to his advantage. That becomes increasingly clear over the course of the next 20 minutes. The persona that emerges is the familiar, unpretentious, everyday Joe—a guy who stumbles over his words occasionally but pushes ahead anyway. You know his story, his family, what he means; you know who he is and what he isn’t—he’s no radical socialist with a soft spot for rioters. He is for a safe America, not violence. Violence isn’t protest; rioting is lawlessness plain and simple; it brings destruction rather than change; it divides rather than unites. He is for real progress on racial justice and police reform. When he thinks of the presidency, he doesn’t think about himself or his brand; he thinks instead about the American people.

Biden’s message is about healing and safety instead of toxic fear and violence. His opponent stokes violence, plants seeds of chaos, is incapable of healing the country. Donald Trump’s America is right-wing militias, white supremacists, and vigilantes with assault weapons. A self-serving Trump would even consider using the U.S. military against the American people. He would have us live in fear instead of safety. He is a toxic presence; he poisons how we talk to one another; he poisons our values; he poisons our democracy. He seeks to remake a generous, confident, and hopeful America in his own image of darkness, selfishness, anger, and divisiveness.

We need healing instead of Trump’s self-centered rants, Biden insists. We need to listen to the likes of Julia Jackson, mother of Jacob Blake who was shot seven times in the back by police. Despite her grief, she is a voice of courage, character and wisdom. Even as she seeks justice for her son, she pleads for an end to violence, wishes for the nation to heal, and prays for police officers. Joe Biden will address the issue of racial injustice and bring the police to the table in the process. He will lower the temperature and unite the people as he works to rebuild the economy Trump has wrecked. He will restore a sense of security to working families. That is his message.

Do we feel safer and more secure under Donald Trump? That is Joe Biden’s rhetorical question to which progressives and centrists alike are invited to answer no and thereby to affirm a better future. It is a question that should unite a strong majority not only to vote against Trump but also to vote for healing the nation, not just by putting it back together the way it was before but by making it better than before, treating everyone justly and equally, with dignity, respect, and fairness. That would be a firm foundation on which to debate remaining differences constructively after an election that affirms the spirit of hope over the toxin of fear.