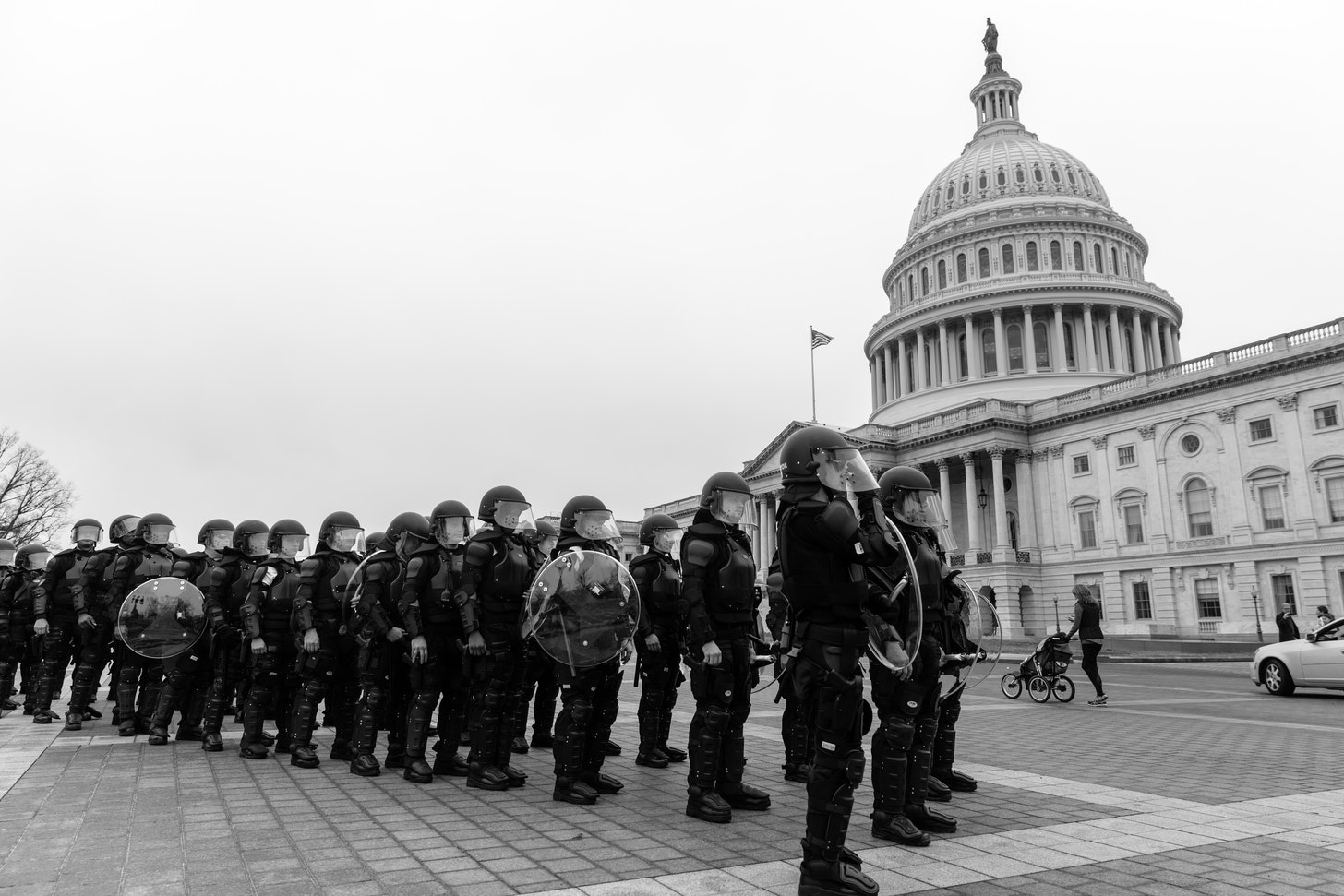 The Covid-19 pandemic is spreading and is ineffectively controlled, as is the global political pandemic, spectacularly on view in Washington, D.C. White supremacy and politicized misogyny, homophobia and transphobia are becoming ever more virulent, supporting an ascendent right-wing authoritarianism around the world. Economic and social inequalities are increasing, as police brutality against people of color is becoming more clearly visible. And the most mature constitutional democracy in the world is teetering, with its Commander-in-Chief inciting a seditious insurrection. I am anxiously awaiting the day when the sociopath leaves the stage, realizing the grave and escalating threat he poses.

Until this point, Donald Trump seemed to be “merely” a authoritarian wannabe. He expressed admiration for authoritarian dictators, and sometimes acted as if he were one. But with his election defeat, he crossed a line: he is now unambiguously leading a right-wing authoritarian movement. His relationship to his fervent supporters demonstrates that Fascism is a significant dimension of the American polity, performed openly first in Trump’s rally in Georgia in his relationship with his adoring “base” and then fully enacted when he provoked the storming of the Capitol. There has been a clear trajectory during Trump’s presidency: ever more independent from reality, ever more attached to his resentments and phobias, reaching its logical conclusion since his defeat on November 3rd.

Donald Trump denies the factual truth that he lost. He’s leading, as Peter Baker carefully analyzes, “An Insurgency Inside the Whitehouse,” seditiously undermining the peaceful transfer of power, attacking the fundamental grounds of democracy. Trump has attempted to manipulate the election results, shockingly disclosed in his infamous telephone conversation with Georgian election officials, and he has openly promoted “wild street demonstrations” protesting his official defeat. He should be impeached. All patriots, left, right and center, should reject him, but not all will.

I thought that it couldn’t happen here: that a democratic culture was knitted into American social fabric, creating a democratic power of inertia in our everyday life. But with the appearance of Trump and Trumpism, there has been a radical transformation. I realize that this democratic power might not hold, as our society fractured.

Since Trump’s defeat, my worst fears have been confirmed, and I’m fighting against despair; I’m sure with many of you: democrats who are in the U.S. and looking in from the outside. I’m searching for hope.

Even though I am shaken to my core as we are experiencing the last days of Donald Trump, I hope that the worst is soon to be over. The dimensions of the problems we face after Trump are immense. I worry that his Fascist supporters may still disrupt the transition of power. I think it is absolutely frightening that a major American political party has been so seriously implicated in treason. That said, thanks to the disuniting the right, while uniting the center and the left, the promise of the sunny side of compromise, the possibilities for justice democrats and the pursuit of competence, I think we have grounds for hope.

Postscript: Donald Trump was impeached yesterday, after I first published this piece as a Democracy Seminar substack greeting. I am a bit more hopeful: both because ten Republicans who voted for impeachment have pushed forward the “disuniting of the right” and also because their action, along with the moves of the Democrats, may lead to the development of a much broader stigmatization of Trumpism, as McCarthyism once was. Opposition to Trump seems to be mounting. Even many of the Republicans who opposed impeachment, condemned Trump for his actions on January 6th. Further, the momentum may build to the point that Trump is actually convicted in the Senate, and then officially blocked from holding Federal office in the future. A clear opening: the Senate Majority Leader, Mitch McConnell, one of the chief Trump facilitators, now is reported to judge that Trump did commit impeachable offenses. I think McConnell is one of the major facilitators of the abominations of the Trump era. He is a rat jumping the ship, unlike the principled position of the House members who voted for impeachment.

That said, I welcome the jumping for what it portends for the future. I hope some on the center right manage to form a party that marginalizes the Trumpists and competes with those of us on the left. American democracy needs this. I also hope that progressive pragmatist on left now work to realize the goals of the Democratic Party Platform, addressing the pressing problems of our times.

This post (without the postscript) was initially published in the Democracy Seminar’s newsletter of January 12, 2021.