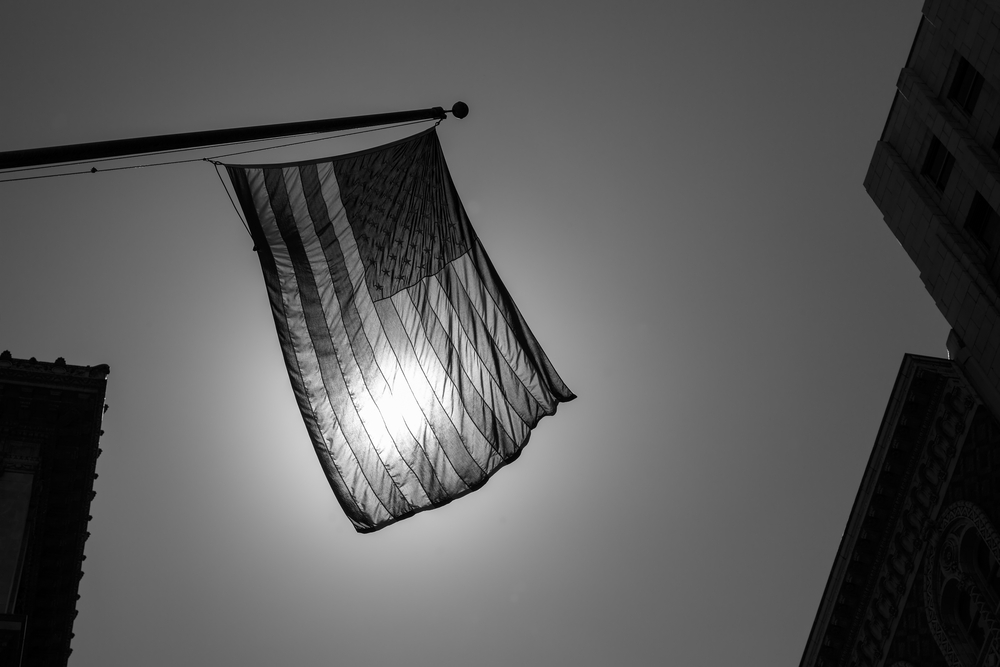 Between the stark blacks and whites of political and cultural conflicts, there is a gray beauty that supports promising democratic engagement. I am thinking about this, my longstanding position, as the future of “democracy in America” and many other polities around the world, is far from certain. I appreciate the beauty of the gray with an understanding of intractability of the tensions and dilemmas knitted into the social fabric, what I call “the social condition.” This understanding is also, and crucially I contend, a way to guide democratic action in a fractured public life: a unique development of contemporary society.

This is the first part of a three-part post, originally drafted as a lecture, drawn from my published and unpublished writings over the past decade, to be presented to Democracy Seminar participants in Gdansk, Warsaw, Budapest, and Berlin (to a group of Turkish exiles). Because of the coronavirus pandemic, the events were postponed and the text of the lecture is presented here for the seminar’s “worldwide committee of democratic correspondents,” along with the readers of Public Seminar. Part 1 focuses on fracture, part 2 on gray beauty, and part 3 on the social condition and political action in Donald Trump’s America.

In the era of print capitalism, as Benedict Anderson once put it, public life combined the media of face-to-face communications and the printed word. In Habermas’s idealized account, it was a semi-intimate, semi-public affair. Bourgeois men met in cafes, taverns, and tearooms as they authored articles in journals of opinion about the pressing issues of the day and read each other’s writings. They discussed their articles face to face as they continued to write and read. Although they may have been of different means, they checked these differences at the door and deliberated as equals, trying to set forth reasonable disinterested solutions to political and economic problems. Their discussions then informed official political discussions and decisions, supporting informed reasoned policy formation.

Habermas’s critics have pointed out that the deliberations were not exclusively rational and verbal, that affect, emotion, and performance were involved. They also have underscored that there was not a single public, but rather multiple publics connected to specific interests, some dominant or hegemonic, others marginal or subaltern, but nevertheless with power. The power relations of the social order made it so that some publics were “more equal than others”, when it came to influencing the political and economic powers.

A great irony of the age of television, from the point of view of critical theory, is that that the efficacy of free public life and deliberative democracy was advanced by television in many ways, contrary to what Horkheimer, Adorno, Marcuse, and others suggested. Habermas, later in his career, recognized this in his essay “Political Communication in Media Society.” Even though on American television, political candidates were marketed in the same manner as brands of toothpaste, the wide reach of television was democratic, bringing into political life the less literate and educated, the more marginalized and dominated. Radio and television also brought the wider world, beyond immediate experience, to a broader segment of the population. Multiple publics existed, but major broadcasting systems provided order for them, creating a common world.

The postwar television age saw an explosion of publics: in the United States, for example, surrounding the civil rights, feminism, LGBTQ, environmental, and anti-war movements. But as the saying went, with television, “the whole world was watching.” Television created a sphere of multiple publics, joined together, supporting democratic life. The study of ceremonial television by Daniel Dayan and Elihu Katz, Media Events: The Live Broadcasting of History, shows in granular detail how these connections were made.

The role television has played in helping to relate multiple publics is especially apparent now that it is no longer as dominant as it once was. In the television age, the basic political facts were conventionally established by the major television broadcasters, as they worked through their own reporting and the reporting of major magazines and newspapers. There could be serious concerns about the bias of this reporting, from the left and the right, but left and right critics both worked off the mainstream script. There was a common world.

What the networks paid attention to, a broad public paid attention to, as people criticized the range of attention. Critics, such as Noam Chomsky, could criticize that the range of reporting as it was limited in the mainstream media and try to force broader attention. Their success or failure ultimately was their impact on the attention range of the mainstream media. As I once put it in The Politics of Small Things, for a significant part of the population, for better and for worse, what television defined as being real was real in its consequences.

In the United States — and beyond — we now lack a common understanding of the factual grounds of the order and disorder of things. As is frequently noted, we live in a world with opposing facts and realities. There are the facts and truths to be found in major media institutions, like The New York Times, The Washington Post, and The Wall Street Journal, and then there are the facts and truths of Fox News, Breitbart, and The Washington Times.

There is a fundamental public divide that is both an effect of political polarization and a further cause of it. At issue is not simply partisan conflict. All sides declare that others propagate fake news, with an authoritarian side developing a view of the world that is based on a purposeful denial of scientific findings and the confusion of fact and fiction. Crucially, it systematically ignores the segment of the population, sometimes the majority, that still is moved by the findings of science and basic facts.

With the digital disruption and displacement of mass-centralized media — radio, television, and print — we live in worlds apart, occupying the sector of the sphere of publics that most appeals to us, that speaks to us, that makes sense to us. People go to the websites, and the cable news channels that make sense to them, and they know little about people who go elsewhere. Facebook and Twitter encourage this, as do the algorithms that determine our feeds and searches.

In the absence of ceremonial media events and mundane mass media reporting and entertaining, we live in worlds apart. And it’s not only a problem of social structure and fractured publics; it’s made distinctive by a deeply problematic political culture, concerning the relationship between truth and politics. From my point of view, this culture is one of stark blacks and whites in which the complexities of the social condition are overlooked, more about that in parts 2 and 3 of this post.

I see Donald Trump and “Trumpism” as both manifestations and causes of this fragmentation. Trump and his enablers make no attempt to lead the country as a whole. They think that the key to his success is the enthusiastic support of his base, of “red state” America, of the loyal viewers of Fox News and readers of Breitbart. All other media are “enemies of the people.” Professionalism, especially in public institutions of the civil service, is a conspiracy of the deep state. This includes those who work for the U.S. Census Bureau, the Justice and State Departments, the courts (especially Justices Ginsberg and Sotomayor of the Supreme Court), the IRS, the FBI, the CIA, the EPA, and even the CDC, which is particularly frightening right now, in light of the new coronavirus.

Over the past two years, Donald Trump has systematically dismantled government units that were designed to protect against pandemics, discontinuing initiatives started by Barack Obama, and dismissing experts that staffed these and other well established public health institutions. Trump has somehow politicized both the National Weather Service in hurricane season, and the Center of Disease Control in the face of a pandemic, and his loyal media and their avid publics have supported this.

This is outrageous. It must be opposed. The very integrity of the United States as a liberal democracy is at stake, as well as the health of the American public. There is a significant majority that agrees with my judgments, yet it is far from certain that we will prevail. There are decent conservatives and Republicans, sometimes labeled “never Trumpers,” centrist and leftist Democrats (now calling themselves Democratic Socialists) that share these concerns. I hope they come together and support the Democratic Party’s nominee. The stakes couldn’t be higher. The fate of democracy in America and far beyond is on the line.

If they do so, which is still an open question, it will be with an appreciation of the political beauty of the gray and the texture of the social condition, which I explore in parts 2 and 3 of this essay.