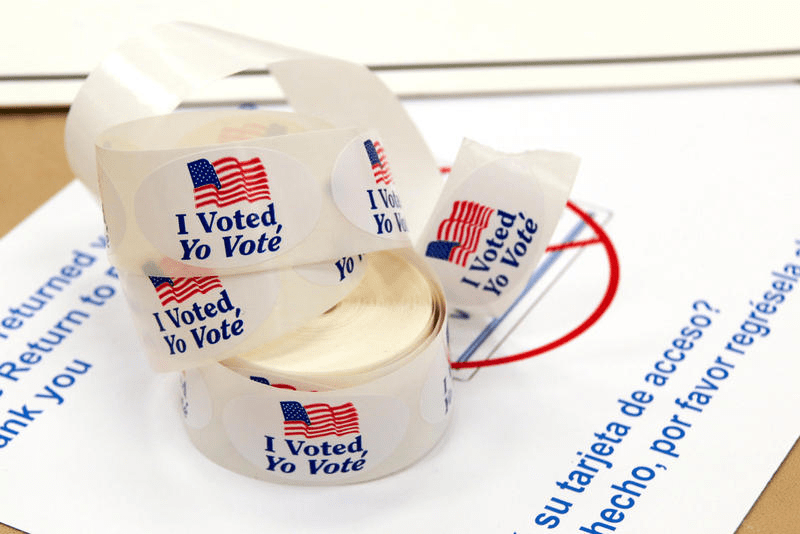 Some practical tips for putting your election emotions to good work Many of us are finding ourselves quite apprehensive, even fearful, because of what is happening with the 2020 elections and in American political life. There is value, I want to argue, in taking a moment to analyze those feelings, the role they play in the elections and what we can do about them. I will offer some practical recommendations on that front at the conclusion of this post.

We generally find it difficult to talk about our feelings in public forums, but they are far from a purely private matter: they are a vital element of politics, because they influence in powerful ways what is important to us and how we act on what is important. To the extent that we are self-aware of the political sources and political impact of our feelings, we are more effective political actors. A sound political strategy accounts for the emotional dimension of politics and chooses political interventions with it in mind.

There are good reasons why we have these feelings. You don’t need me to recite the ways in which Donald Trump has undermined democratic institutions and norms and promoted racial hate and division over the past four years. Today, it is painfully obvious that in his bid to hold on to power, Trump is prepared to violate the most fundamental principle of democracy – that the people choose who will govern through free and fair elections. The stakes in the election are nothing less than the survival of American democracy. That has to be worrisome.

Let’s delve into the emotional dimensions of this Trumpian moment.

Like other demagogues of the authoritarian right, Trump trades primarily in two political emotions – fear and ressentiment. The latter term is drawn from social science and philosophy, where it is used to describe resentment and hostility directed toward others that are scapegoated as the cause of various economic and social ills. In his appeals to his base, Trump weaves these two emotions together in the form of fear and ressentiment directed at the ‘other,’ with the most frequent targets being along the lines of race – Latinos, African Americans, Muslims, immigrants and refugees. During the election campaign, these emotions have become the foundation of increasingly unhinged conspiracy theories that the Democrats are controlled by violent radicals looking to overturn the entire social order. In this Trumpian narrative, Democrats are forcing these ‘others’ on the America of “Make America Great Again,” that old world in which marginalized outgroups knew their “proper place” as subordinates. Trump’s embrace of the Proud Boys and the QAnon conspiracy theorists is only the clearest manifestation of this approach.

Progressive appeals to solidarity and the common good are based on contrary emotions, hope and empathy instead of fear and ressentiment. Trump is not going to convince us that we should be fearful of racial ‘others.’ But that does not mean that we are unaffected by Trump’s manipulation of emotions. Trumpian discourse is designed to stoke fear amongst us – a different fear than that fueled by Trump in his base, but a real fear nonetheless. Trump knows full well, for example, that his support of white supremacists and neo-Nazis, his incitement of the Proud Boys and the QAnon crowd, makes us fearful of what they will do. He wants us to be fearful, because stoking fear in one’s democratic opponents can produce a number of political effects. If we allow it, fear can demoralize and even intimidate us. Fear can paralyze us. When we act out of our fears, we don’t think as clearly and logically as we might. Fear can induce the ‘flight or fight’ response, in which our body’s physiology seizes control of us.

But when we understand that our fears are being stoked for political purposes, there are ways to counter it. Here are the three practical ways.

First, constructive action directed at the source of our fears is central to overcoming the sense of being overwhelmed by them. Our task through Tuesday, November 3 is clear: get as large a vote for Biden-Harris as possible. The bigger and more decisive vote, the more total and decisive the political defeat of Trump and Trumpism, and the more diminished the room of maneuverability in attempts to overturn the election results. YOU can be involved. I am heading down to Philadelphia for the next two days, but the upside of an election in a pandemic is that you don’t need to do that: you can play a positive role from your living room, making calls and texts. My union, the American Federation of Teachers, has an app (AFT Votes) you can download and a website you can go to that provides a number of ways you can volunteer to win this election. Other unions provide the same opportunities. There are many organizations out there – the Working Families Party, Our Revolution, Indivisible, Move On, Warren Democrats – that will happily involve you in this work. I know because they all text me several times a day asking me to volunteer. Doing this will make you feel better, and it is the best way to stop Trump in his tracks.

Second, DO NOT PANIC. Understand what will happen the evening of election day. There has been a massive, entirely unprecedented early vote in this election. For example, the number of Texans voting early has surpassed the entire number of 2016 votes in that state by 700,000. This early vote has been strongest among the solid majority of the population which is supporting Biden-Harris. This means that the election day vote may be more favorable to Trump. Since the election day vote is counted first, Trump could well have an early lead on election night in battleground states such as Pennsylvania. But as the early votes are counted, that lead will disappear and Biden-Harris will win handily. Trump’s strategy will be to announce victory based on these early results, and then create chaos and call upon the courts to stop the counting of the rest of the votes. If we react to his announcements out of fear, we will be biting on his bait. #COUNTEVERYVOTE must be our mantra until every vote is counted, which will take days at a minimum.

Third, there is a very real possibility that Trump and his enablers will attempt to overturn the results of the popular vote, by one means or another. If that is the case, we will need to defend the popular vote and American democracy in the streets with non-violent mass protests. Trump and his neo-fascist supporters will attempt to use fear to intimidate us from protesting. But we must do what we can while taking sensible precautions for our safety. First, the best way to make protesting safe is to put millions of Americans into the streets: the greater our numbers, the harder it will be to suppress a democractic movement. Second, we need to organize our protests in ways that make it possible to look out for each other. We should not be going to protests as individuals, but in organized groups, with those we know and trust – family members; our unions; our churches, synagogues and mosques; our neighborhoods and so on. Teachers should create affinity groups with those you know and trust in your schools; health care professionals with those in your hospitals and clinics; state and local government workers with those in your workplaces. Plan to meet up in advance and stay together throughout the entire protest. When protests are organized internally in this way, it is much easier to maintain discipline and keep the focus on their purpose, and to isolate individuals who come to disrupt. Democratic movements that succeed take this organic form, building on the relationships of trust that ordinary people have with each other.

Only “we the people” can save American democracy. And to do so, we must overcome the efforts to use our fears against us. Franklin Roosevelt may have indulged in hyperbole when he said that “the only thing we have to fear is fear itself,” but he was certainly right that our refusal to respond to attempts to instill fear in us is the foundation of a democratic politics.