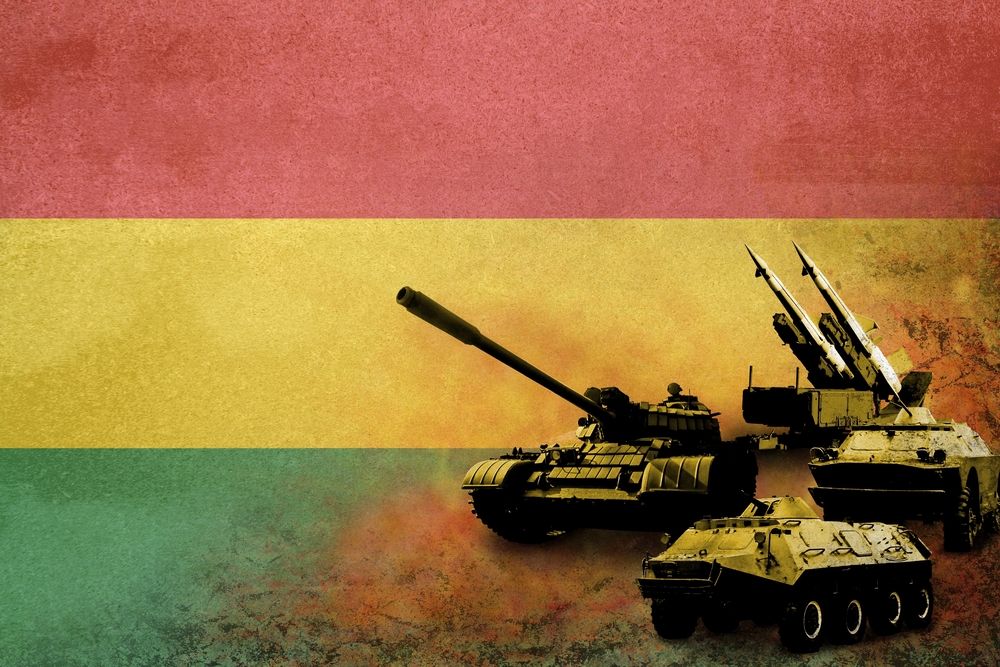 What is happening in Bolivia? All of my Latin American students, as well as quite a few radical friends, strongly claim that what took place in Bolivia was a coup. They, in their analyses, focus on the military’s role. The military indeed has played a role; yet I hesitate to concede the point. This is, in the main, because of President Evo Morales’s previous, extra-constitutional, manipulation of a most important legal issue under presidential governments: term limits. It is this manipulation that must be considered when we analyze Morales’s downfall. That is, the brief events described as a coup may have represented simply the unwillingness of the military to fight a mass mobilization on behalf of a government that lost its legitimacy.

At the same time, I fervently hope that what is occurring in Bolivia is not a revolution. Of course that hope may well be disappointed, especially if the right wing (supposedly interim) government seeks to perpetuate itself by blocking the road to genuinely free elections through the repression, media manipulation, or banning of alternative candidacies. If any of this happens, the dictatorial propensity of revolutions as well as coups would be realized and my hopes dashed.

But, fortunately, there is another method of radical change, an alternative to coups and violent revolutions: negotiated transition. It is this method that has been practiced in countries and times as diverse as Spain in the 1970s, Poland and Hungary in the late 1980s, and South Africa in the 1990s. Negotiated transition not only holds the promise of having been tested across time and in many nations, it is also a tactic than can be applied whether or not Morales’s departure can rightly be called a coup.

When I speak of manipulation by Morales, I am not simply speaking of the recent election itself, about which it is too early to make a definitive judgment. Much more important than this was the extension of term limits to allow a fourth term.

The manipulation of term limits comes to be seen as even more central to our understanding of what has occurred in Bolivia when we understand it within three contexts. First, we must see that it was done in clear contradiction of the text of a Constitution he and his party helped to craft. Second, we must remember that this manipulation occurred in the face of a lost popular referendum. And third, we must note that it was accomplished by relying on a very dubious decision of the Supreme Tribunal of Justice — a Tribunal established and packed by Morales himself.

Nor is this alteration of term limits more justified in Morales’s case than it was in the somewhat-similar efforts of other Latin American presidents: Peron, Uribe, Fujimori, Menem, Chavez and Maduro. All of them sought to achieve third or even fourth terms, implying the populist-personalist deformation of presidential government. Several also packed apex courts to enable their staying in power. (For those who are interested, in my view even the court-packing scheme of Franklin Roosevelt in the 1930s, along with his running for four (!) terms, should be strongly criticized. As is well known, even Roosevelt’s own party rejected court packing. And the 22nd Amendment — supported by huge Article V. majorities in the U.S. Congress (1947) as well as the states (1951) — was the culmination of the legitimate and much-needed critique of extending presidential terms indefinitely beyond the convention established by George Washington.)

Nevertheless, it must be noted that this tracking President Morales’s manipulation does not change the fact that it could have been a coup that removed him. For example, it was indeed a coup that removed Peron during his second term in office. Thus, before deciding the question in the Bolivian case, we need to try to understand what a coup is, and whether it is fundamentally different from a revolution (a concept I have worked to clarify in a recent publication).

Interestingly, the older positivist legal theory defining revolution as the replacement of a government according to a process outside the legal rules of change was not able to make this distinction between revolution and coup. We can improve on such a definition by replacing government by regime and then making a key distinction: that in the case of revolution, regime change is accompanied by the rupture of political legitimacy, and that in the case of coups this is not the case. Coups can, with this distinction, be reduced to mere governmental replacement.

But even then, Pinochet’s coup in Chile would still amount to a revolution. Most Leftists would undoubtedly answer that claim by adding the idea of progress, based on their value scheme, as a necessary component of revolutions. Analytically, however. that move cannot be justified, even by the use of the term counter-revolution. As we in Hungary after 1956 were chagrined to learn: what was to us a revolution was, to the Communist faithful, a counter-revolution.

Even worse, almost all successful revolutions involve the violent taking of power by an armed elite on behalf of a minority — the Bolshevik revolution (arguably a coup against the results of the February Revolution!) being a case in point. There was also a coup by Cromwell’s new model army in the Puritan Revolution, and a Jacobin coup against a freely elected Convention in the French. Thus, if one political side continues to insist on a coup in Bolivia, we may have to accept that the other side will see the same event as a revolution. After all, Morales himself not only broke legality but shattered political legitimacy. There were, furthermore, huge anti-government masses assembled on the streets of many cities, and the duplication of sovereignty insisted on by no less a revolutionary than Leon Trotsky was realized when the police forces joined the demonstrations. Given both democracy and the social stakes involved, however, a right-wing revolution would be a disaster in Bolivia.

All of this is why a negotiated transition is both a viable and necessary alternative. As the famous roundtable deliberations in Eastern Europe, or the more recent events in Tunisia, have shown, even after a break in legality and legitimacy the negotiated model can be successfully followed. It can, in effect, domesticate the logic of revolution. And this scenario can be followed even after a crisis of legitimacy and an ambiguous break in legality.

There are signs that this might be possible in Bolivia today. For example, the fact that, after initial boycotts of the legislature, the party of the ex-president (MAS, or Movement for Socialism) has agreed to and voted for an electoral scenario that does not include Morales as a candidate indicates that the situation can evolve in a positive direction.

But this is only a sign; it is not yet reality. Under the repressive measures of the military controlled by the interim government, no free elections would be possible. Nor would they be possible, if the social movements more loyal to the person of President Morales than to the MAS continue to put several cities under what amounts to a siege.

A negotiated transition is not a matter of a single agreement. It is a process consisting of many steps, steps within which mutual trust can be re-established. This means not only that politicians inside and outside Bolivia should desist both from inflammatory statements — including references to a coup or a revolution — and from threats to arrest and imprison former leaders. Under the circumstances present in Bolivia today the need for international supervision of legal structures, for fair elections, and for openness of the media will be mandatory.

Even with such changes the political outcome is far from clear. But it should be the joint product of the main sections of Bolivian society, rather than an imposition of any one section, ethnic or political. Paradoxically, it may take international influence — if not intervention — to restore the democratic constituent power of Bolivians.

Andrew Arato, the Dorothy Hirshon Professor at the New School for Social Research, is the author of Adventures of the Constituent Power (Cambridge, 2017).