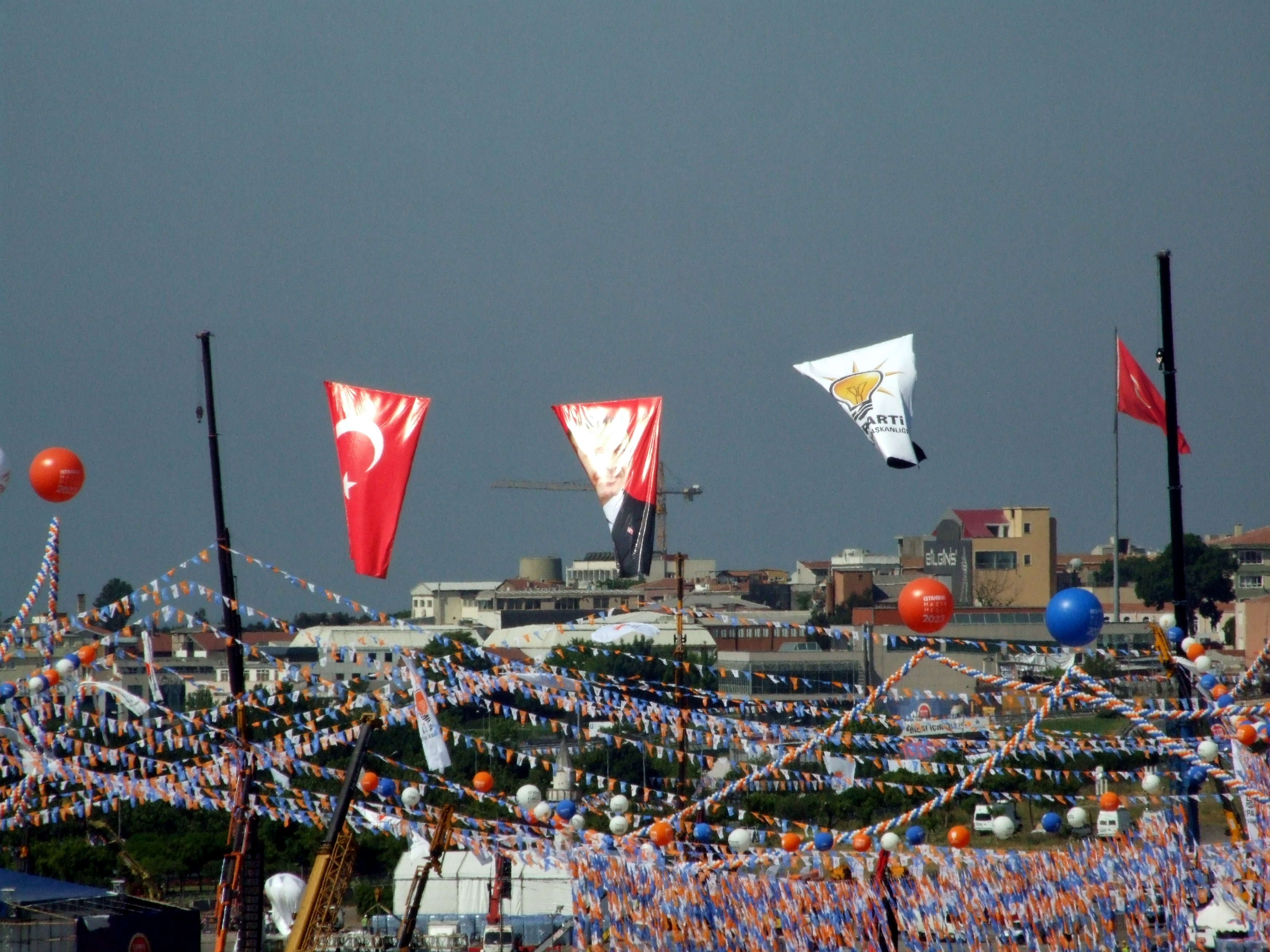 If the opposition parties had agreed on a candidate, Orban in Hungary, Modi in India, Duterte in the Philippines, and Morawiecki in Poland wouldn’t have won the last national election in their countries. In fact, the incapacity of the opposition to establish election alliances helps authoritarian governments all around the world.

One of the factors behind this incapacity is the fact that an alliance usually does not look highly rewarding for those in the opposition if the prospects of an election victory are weak. Furthermore, authoritarian governments also seek to sabotage any effort for the opposition to come together in different ways.

Despite these structural disadvantages, the opposition parties in a small number of countries were able to establish election alliances with widespread support. United for Hungary is one of these movements. The Nation Alliance in Turkey is another.

In fact, we need a broader discussion about the prospects of election alliances by opposition parties in countries ruled by authoritarian governments. The Turkish case is, in this regard, telling because the Nation Alliance presents itself as the only actor in Turkish politics, which could overthrow the Islamist AKP government with the power of the ballot box.

Two rival election blocs, together, are expected to win over 80 percent of the votes in the 2023 national election in Turkey. The first of these election blocs is the People’s Alliance (Cumhur İttifakı). The governing Islamist Justice and Development Party (AKP) established this alliance with the ultranationalist Nationalist Movement Party in 2018. The ultra-secularist Patriotic Party and secularist-liberal Motherland Party support this alliance. The Nation Alliance (Millet İttifakı) is the second election bloc: the main opposition secularist Republican People’s Party (CHP), the ultranationalist Good Party, the liberal conservative Democrat Party, and the Islamist Felicity Party are members of this bloc, while the Future Party, and the Democracy and Progress Party, which were founded by the former Islamist ministers of the AKP, support  and will possibly join the Nation Alliance in 2023.

Three similarities between these election blocs are telling of the political repercussions and significance of what I would call here “alliance politics” for the opposition under the pressure of authoritarian governments.

Second, nor does the left-right axis help us much to make sense of the ideological differences between these blocs. The ultra-secularist Patriotic Party, which supports the People’s Alliance, argues to be socialist in creed and follows a strong pro-Chinese position, while CHP of the Nation Alliance argues it is on the left. However, the economic policies of CHP, the leading party of the opposition bloc, are astonishingly similar to the ruling AKP’s. With a team of scholars purged by the AKP from their positions due to their support of the human rights of Kurdish civilians in 2015, I led a qualitative content analysis of the 2015 AKP and RPP election manifestos in 2017. In our study commissioned by the CHP for the 2018 election and based on blind-coding process, we found out that more than 56 percent of the economic promises in these manifestos had a very similar content or the exact same wording (roughly 20 percent of the CHP’s 711 economic promises are the same as AKP’s). Beyond individual promises, CHP has over the years adopted an economic perspective similar to AKP’s that structurally prioritized high-income groups over low-income groups.

Third, the democracy-authoritarianism axis is not particularly useful to understand why ideologically very diverse parties support or join two different election blocs that, for the most part, share the same economic perspective. Parties in the opposition bloc have been pursuing a passive politics against the AKP’s authoritarian policies. In the 2018 election, the Supreme Council of Election, which is the highest authority that serves as the supreme court regarding the disputes over election results, affirmed a last-minute petition by the AKP, while the count was continuing, to include the ballots in unstamped voting envelopes in the vote count. The opposition bloc protested this decision but accepted the election result. Also, the opposition bloc supports the AKP’s aggressive foreign policy. Parties in this bloc supported AKP’s military operations in Syria and Turkey’s involvement in the recent Armenian-Azerbaijani conflict. While supporting Turkey’s military presence in Syria, which now looks much more like an invasion, the opposition bloc also wants to send the Syrian refugees back to Syria as soon as they come to power. Last but not least, the opposition bloc excludes the major pro-Kurdish party, Peoples’ Democracy Party or HDP, from the alliance.

In short, these two coalition blocs sit in a similar place on the Secularism/Islamism, Left/Right, and Democracy/Authoritarianism axes. Then, what brings all these vastly different parties together in two strikingly similar election blocs?

The answer could be simply about the pragmatist orientations of political parties to find the optimal spot in the political topography of the country after a new majoritarian presidential election system was passed in 2017. The new system, indeed, facilitated a two-and-a-half party system, mainly composed of these two election blocs in addition to the pro-Kurdish party. However, the opposition began to establish this kind of election bloc well before the 2017 constitutional amendment.

In fact, the Islamist and secularist opposition parties acted together in the 2010s, primarily under the leadership of CHP, which, first, co-nominated a pious Muslim, Ekmeleddin İhsanoğlu, the former chair of the Organization of Islamic Cooperation, for president in 2014 with the Nationalist Movement Party, which would ally with the AKP after the 2016 coup attempt. The same parties as well as the Islamist Felicity Party developed a common prodemocracy narrative in the June 2015 parliamentary election and the opposition won a majority in parliament for the first time since 2002

Furthermore, the majoritarian system seems to favor the opposition bloc: the Nation Alliance nominated center-left and ultra-nationalist candidates respectively for Istanbul and Ankara, the two largest cities of the country, in the 2019 municipal elections and both candidates won in these cities. In other words, the new majoritarian election system did not reverse but reinforced the cooperation among opposition parties that now established the Nation Alliance.

To conclude, if neither the similarities among parties nor the institutional factors such as the election system help us much to understand the conditions of the current bi-polar politics in Turkey, then we, probably, need to revisit the significance of political polarization in countries governed by authoritarian governments. In Poland, the Philippines, and India, opposition parties do not come together to get rid of their authoritarian rulers, while in Turkey the opposition succeeds in establishing such a coalition, only to become more and more similar to the election bloc in power.

Furthermore, the seemingly seamless ideological shift of parties from one bloc to another shows the limited participation of voters in the decision-making processes of their parties and the power of party elites in Turkey. In fact, the very establishment of these election blocs are telling of the democratic deficit within opposition parties. The common promise of the opposition bloc is to restore parliamentary democracy. As the political divide among the Islamists, ultra-nationalists, and secularists is much wider than what a legalistic dispute on the form of government could lead to, it is difficult to argue that this promise is the political glue of the opposition bloc.

Nonetheless, the opposition bloc is now the winner in the polls. As of now, the strategy seems to be working and only time will tell about the results of the next election in Turkey and, if victorious, the steps the Nation Alliance will take to re-democratize Turkey.

Utku Balaban is a Visiting Associate Professor of Sociology at Amherst College, a former faculty member of Ankara University, and a research fellow of EUME and Humboldt University’s re:work in Berlin, Germany. In his work, Balaban focuses on how industrial globalization frames local political movements such as Islamism. He was dismissed from his position at Ankara University with a statutory decree in February 2017, because he undersigned a declaration as known as “the Peace Petition” to protest the violence against Kurdish citizens by government forces in Turkey.

Authoritarian Parasitism in Turkey and Beyond 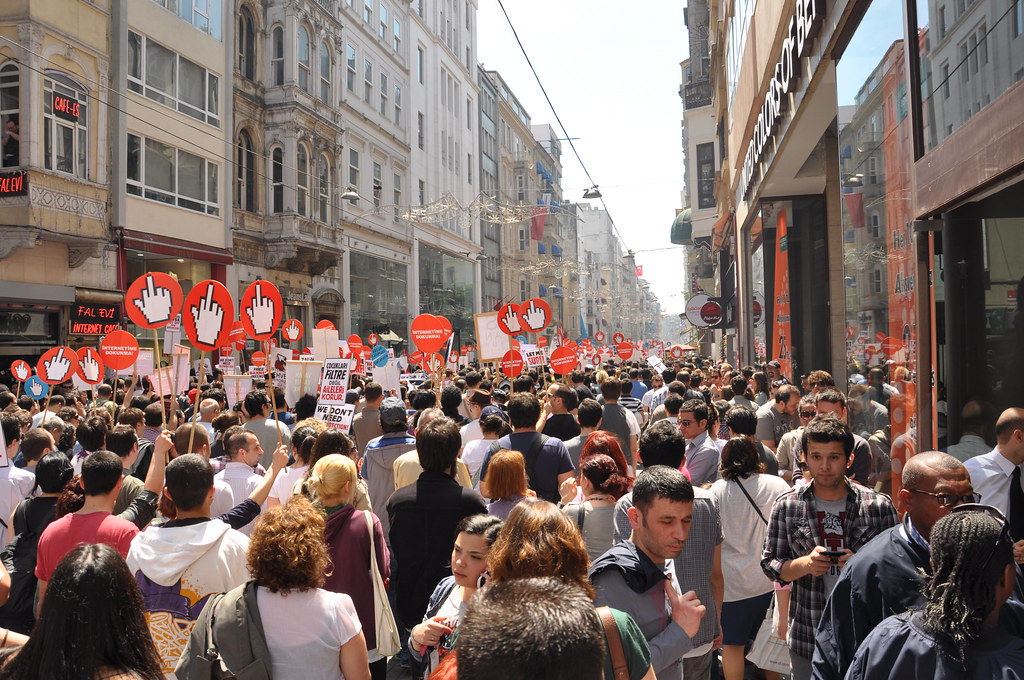