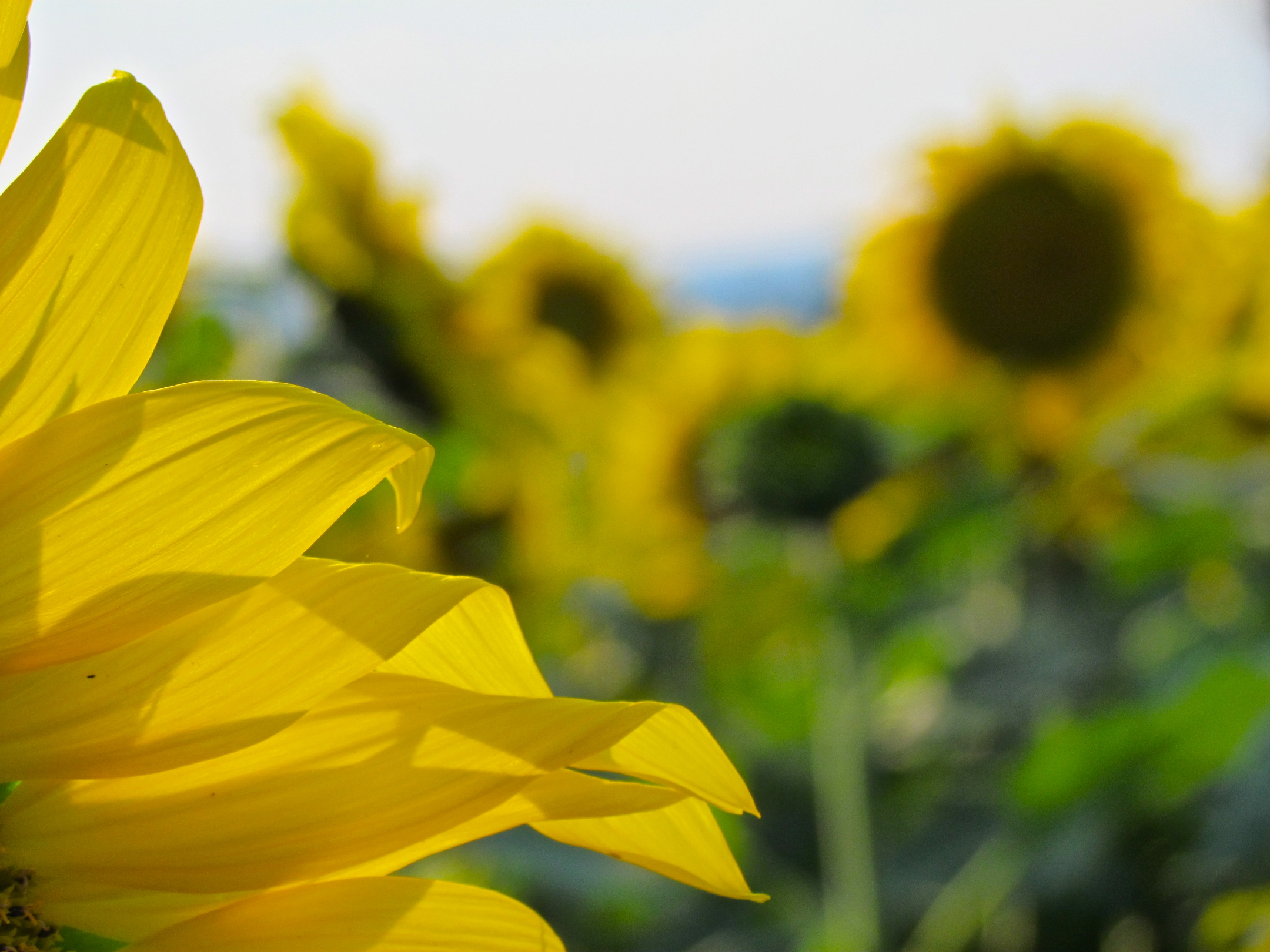 “A Quarrel in a Faraway Country”

In March 2014, in an address presented in the Grand Kremlin Palace, Vladimir Putin celebrated the annexation of Crimea. The peninsula—he claimed—had been “plundered” from Russia, part of the “outrageous historical injustice” that accompanied the collapse of the Soviet Union.

Had a talented director made this into a film, those watching would have seen, floating across the screen in the background, a black-and-white photo of Munich in September 1938; they would have heard, in a soft, half-muted tone, Neville Chamberlain’s voice: “How horrible, fantastic, incredible it is that we should be digging trenches and trying on gas masks here because of a quarrel in a far-away country between people of whom we know nothing.”

No historical moment is ever exactly the same as any other. Yet analogies are indispensable hermeneutic tools. Crimea in 2014 was the Sudetenland in 1938. The Donetsk People’s Republic and the Luhansk People’s Republic could play the role of the Slovak clerico-fascist state, broken off from the rest of Czechoslovakia, in principle autonomous, in practice under Nazi tutelage.

In February 2022 Anne Applebaum reported from the Munich Security Conference: in Munich today there were no Neville Chamberlains, but no Winston Churchills either. Ukraine—she wrote—would fight alone.

Four days after Anne Applebaum’s article appeared in The Atlantic, Yustyna Kravchuk, a young activist and translator in Kyiv, was awoken by her roommate: “The thing we feared the most has happened.” It was not unexpected, but still, somehow, unbelievable.

Unlike Edvard Beneš, Volodymyr Zelenskyy chose to fight. In fact he did more than that: he refused to escape. Even as Russian tanks closed in on the capital, and Putin sent hit squads to carry out his assassination, Zelenskyy went out into the night, onto the streets of Kyiv, where he filmed himself with four leading figures from his administration: “Ia, president—tut,” he said. “I, the prezident—am here. We are all here.”

The performer who had played a schoolteacher-inadvertently-become-president in a comedy serial had seemed to personify the postmodern effacing of the boundary between television and reality. Now that comedian suddenly emerged as “the unlikely Churchill.”

Those in the cinema audience might now hear another muted voice in the background: Polish Prime Minister-in-exile Stanisław Mikołajczyk, writing to American President Franklin D. Roosevelt on 10 September 1944. “Mr. President, The Reports which the Polish Government receive from Warsaw show that the situation is desperate and that the fight against the overwhelming German power may cease at any moment, unless sustained from outside. . .I therefore beseech you, Mr. President, and you, Mr. Prime Minister, to take a bold and immediate decision which could save Warsaw and its inhabitants from total destruction. . .”

As the Berlin Wall fell, and the Soviet Union collapsed, Francis Fukuyama declared “The End of History.” On both sides of the former Iron Curtain, an alternative Hegelian narrative moved into the place vacated by the discredited Marxist version. Democracy, liberalism and the free market, forming a seamless whole, were all part of a utopian capitalist package. The Federal Republic of Germany had already made a wager that economic ties would nudge communist countries onto the correct locomotive of History. As Martin Pollack explained, Germany—more generally, Europe, the West—thought of Putin as someone we could do business with. . . the assumption was that the rationality implicit in the free market would have a taming influence. After all, in the end everyone was headed to the happily ever after of prosperous liberal democracy.

Yet even in Europe and North America, there were signs that the locomotive was vulnerable to being derailed: the Srebrenica massacre, September 11th, the war in the Donbas, the election of Donald Trump, children stolen from their parents and thrown in cages on the Mexican-American border, Alexander Lukashenko’s hijacking of a European Union flight, the storming of the Capitol building on January 6th. . . The Russian invasion of Ukraine.

“War—a real war,” the Ukrainian novelist Vladimir Rafeenko wrote in a message just before Russian soldiers occupied the village outside of Kyiv where he was living. Then the internet was cut off.

A belated parting with Hegel: “The End of History” has now ended.

Following the attempted fascist coup on January 6th, Americans—very belatedly accounting with a history of slavery—publicly debated Critical Race Theory. At stake was in essence the same question at stake in the Marxist debates after Stalin’s death: where is the border between determining historical conditions and individual agency? Rereading Marx and Hegel through Heidegger and Sartre, the revisionist Marxists in Eastern Europe—Karel Kosík most famously—reached the conclusion that there was no Either/Or: the relationship between the subjective choice and objective circumstances was always an interactive one. We were always both thrown into a historical moment, embedded in its structures, and responsible actors. We did not act from a position of a tabula rasa; we did not act in a world without friction. Yet neither were we inert objects. We were shaped by structures even as we shaped those structures ourselves. There was no escape from responsibility—including the responsibility to see clearly the conditions in which we were embedded.

This is the context for Adam Michnik’s idea of living “as if”: we should live as if we were free subjects taking responsibility for our own choices, regardless of any socio-political constraints.

Lt. Col. Alexander Vindman opened his testimony at Donald Trump’s impeachment hearing with a reassurance to his father: “Dad, do not worry. I will be fine for telling the truth.”

This was not the American “truth.” This was “truth” in the sense it had borne for the dissidents under communism: truth that possessed the power of salvation.

Today truth is present, in fact more than present: today, not infrequently, truth is ostentatiously laid bare. (Tim Snyder commented recently, in response to texts published by the Kremlin, that as a historian of mass killing, he was “hard pressed to think of many examples where states explicitly advertise the genocidal character of their own actions.”) Unlike in the decades before 1989, truth today is at our fingertips. Yet so is falsehood. As Peter Pomerantsev and others have described, truth is no longer repressed as much as it is drowned out, dissipated.

This is the backdrop for the endless proliferation of untruths. Putin’s neo-totalitarianism differs from its Soviet predecessor perhaps most provocatively in the absence of an ideology that would function as a coherent narrative in the sense described by Hannah Arendt: the reconstruction of reality effected so as to be seamless, relieving empirical reality of the inconsistency and arbitrariness that is its actual condition. In place of ideology we now have post-truth: the undermining of any and all absolute truth claims.

Marx and Engels were premature when they wrote, “all that is solid melts into air.” That has happened only now, with the postmodern condition Zygmunt Bauman described as “liquid modernity.”

The internet created the conditions of possibility for post-truth. Hegel’s telos is a fallacy, but his observation that quantity can turn into quality remains on point. The sheer volume of both truth and falsehood circulating around the world at every moment is unprecedented in human history.

In his 1935 lecture in Prague, Edmund Husserl diagnosed the source of Europe’s crisis of reason in a “misguided rationalism.” At fault was the Enlightenment itself: it had conceived of rationalism too superficially. This had been—Husserl told his audience—“a mistake, though certainly an understandable one.”

After the war, Martin Heidegger described technology as Gestell, an enframing. “The rule of enframing,” Heidegger wrote in 1953, “threatens man with the possibility that it could be denied to him to enter into a more original revealing and hence to experience the call of a more primal truth.” Jan Patočka saw a rationalism striving for mastery over things as the dark side of Enlightenment. It was a rationalism that aspired to render all amenable to calculation, a utilitarianism that alienated human beings from themselves. He saw sacrifice—a. sacrifice made voluntarily, for no-thing—as an antidote.

The age of the internet brings threats beyond an overly thin rationalism, beyond encasing and instrumentalization. The possibilities of surveillance are unprecedented, as is a perpetual state of near-transparency. The instantaneity of communication has brought a radical change in the nature of temporality. Arendt believed that “Alles Denken ist Nachdenken.” Now there is no longer time for Nachdenken, a thinking-afterwards that implies a temporal distance. Now everyone can watch mass murder in real time, as if pulling up a screen with a livestream of the gas seeping into the gas chambers.

Julia Ioffe compared the American families divided by QAnon with the Russian families divided between those who believed the Kremlin’s story about a limited-special operation-to-achieve-denazification and those who knew that the Russian army had, unprovoked, invaded a sovereign country and was slaughtering its population. Both of these stories had their origins in fictions conjured up between 2014 and 2016: one that the Maidan was a CIA-sponsored Ukrainian fascist conspiracy and Ukrainian Nazis were heading east to murder all the Russian-speakers, another that Hillary Clinton was kidnapping children and holding them captive in the basement of a pizza place in Washington, DC. More than that: both of these stories had their origins in the same Russian troll factory.

This troll factory, described in Peter Pomerantsev’s This is Not Propaganda, is the Internet Research Agency in Saint Petersburg. Its physical presence is banal: a corporate office building. This is 1984, but more so. Late capitalism has laid itself bare as a grotesque caricature of itself: a family of pharmaceutical entrepreneurs who created an opioid epidemic through shameless marketing; for-profit prisons operating on a market incentive to create more criminals; a boutique industry of PR agents specializing in gangsters with presidential ambitions; and corporate businesses whose explicit product is the dissemination of fictions.

Like Hegel, Marx was wrong about the telos of history. But like Hegel, Marx made other observations that remain on point: that capitalism engenders commodification and reification, that it turns relations among people into relations among things. Relationships become transactional. Human beings are rendered things that can be bought or sold. The Russian word prodazhnost’ captures this existential state of “saleability.”

After “The End of History”
War brings the graphically empirical into sharp proximity with the metaphysical: the mangled bodies and the question of the nature of evil. Zhenia Monastyrskyi was a young graduate student in history in Luhansk in 2014 when he was taken captive by separatists. Today he has a map of Luhansk tattooed in his arm with lines from the poet Adam Zagajewski’s “Spróbuj opiewać okaleczony świat”—“try to praise the mutilated world”. . .

Marci Shore is associate professor of history at Yale University. She is the translator of Michał Głowiński’s The Black Seasons and the author of Caviar and Ashes: A Warsaw Generation’s Life and Death in Marxism, 1918-1968, The Taste of Ashes: The Afterlife of Totalitarianism in Eastern Europe, and The Ukrainian Night: An Intimate History of Revolution. In 2018 she received a Guggenheim Fellowship for her current book project, “Phenomenological Encounters: Scenes from Central Europe.” 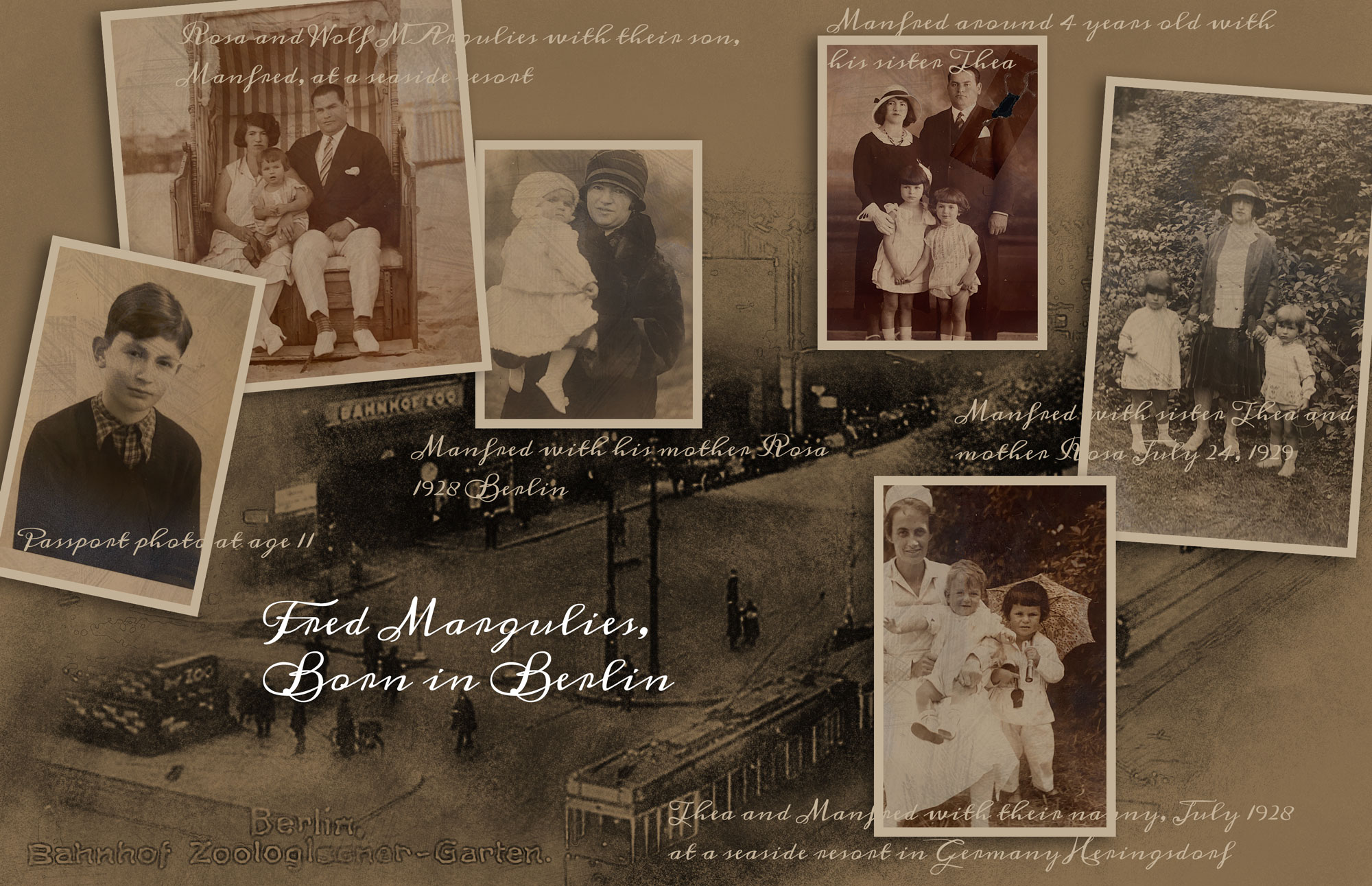 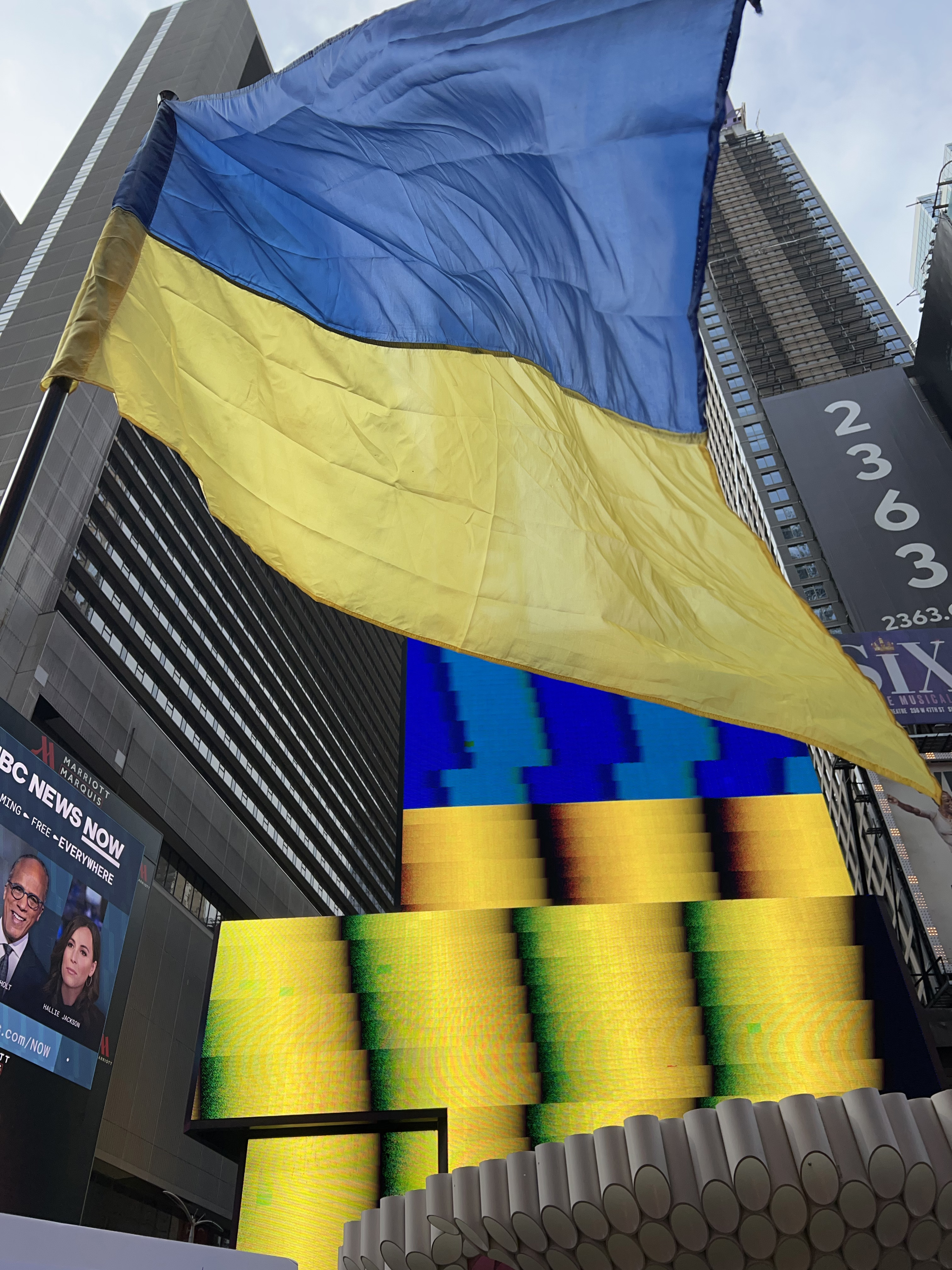